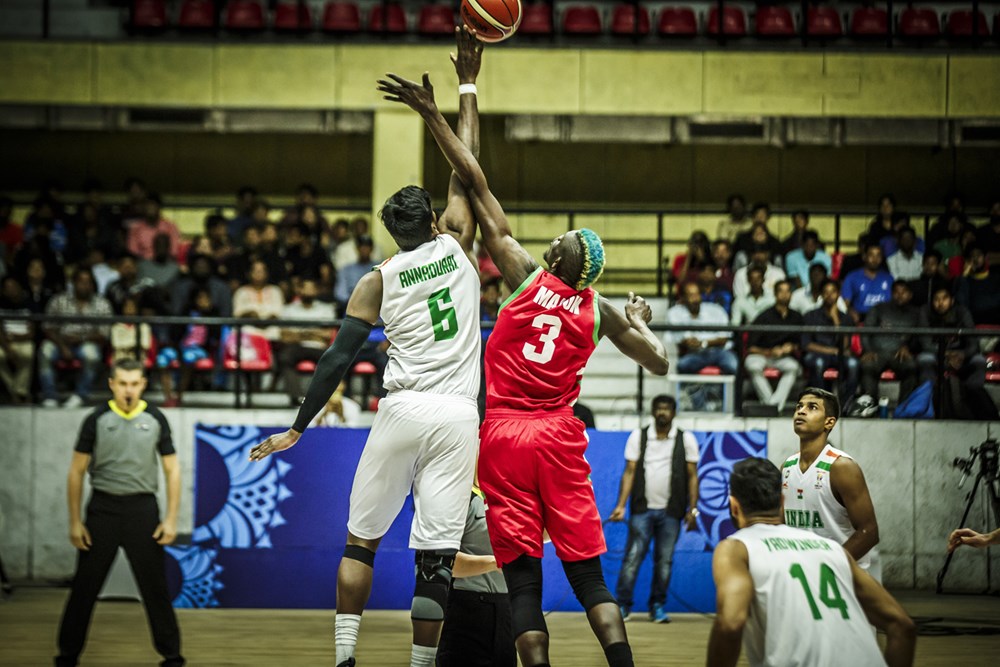 Bengaluru, 7th April 2018: Indian Basketball teams face another tough day as the Men’s team lose to England by 100-54 and the Women’s team fall short to Malaysia by 85-72 at Day3 of the Gold Coast 2018 Commonwealth Games.
Indian Women’s Team started the game with some good energy and Captain Shireen Limaye opened the scoring with two consecutive three point field goals, guard Barkha Sonkar also connected on two long range shots helping India take a comfortable 5 point lead at the end of first quarter. The second quarter saw the Malaysian team bounce back and score 9 unanswered points from beyond the arc which shifted the momentum to their side and led to some turnovers for the Indian Team. Malaysia started the third quarter with a double digit lead but the Indian team looked more energetic on both defence and offence as forward Jeena Skaria took charge and drove to the ring on several occasions and made the shots. The final quarter of the game was a nail biter as India cut down the lead to just one point midway through the fourth quarter but some good defence from the Malaysian team made them come right back into the game and forced India to take some contested shots which they didn’t convert and took away a 13 point victory. Forward Jeena Skaria recorded a double doubles with 19 points and 13 rebounds.
Malaysia(Fook Yee 18pts, PC Low 14pts) bt India(Jeena Skaria 19pts, Shireen Limaye 11pts) 85-72(20-25, 28-12, 11-18, 26-17)
The Men’s team started the game with some good offensive display by forward Aravind Annadurai as India gained the lead for some time over England but with some impressive defence from the England team they managed to get back into the game and take a 4 point lead at the end of the first quarter. The second and third quarters were offensively very inefficient for India as the pressure defence by the England team led to many turnovers for the Indian team and thus helping England to score off these turnovers. India tried to fight back their way in the fourth quarter but England had already secured a huge lead which was a difficult task for India to overcome in one quarter. Forward Aravind Annadurai continued his excellent form and lead all scorers with 22 points.
England(Adam Thoseby 20pts, Kofi Josephs 14pts) bt India(Aravind Annadurai 22pts, Amjyot Singh 10pts) 100-54(19-15,27-9, 29-11, 25-19)

A Retreat to Bakkhali- The Hidden Gem of Bengal!

IMPORTANCE OF SAVAN MONTH IN INDIA

Now-a-days IPL fever is on.We never get such updates.Thanks to writer for letting us know.