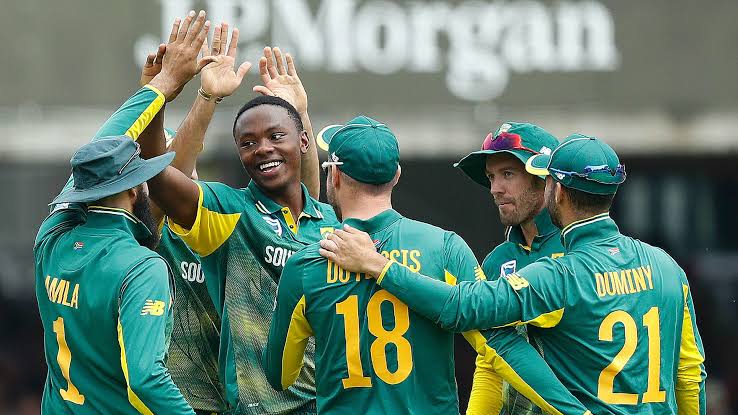 Friday’s 2019 ICC Cricket World Cup match at the Riverside Cricket Ground featured two teams in contrasting situations. South Africa had already crashed out of semi final contention and had nothing but pride to play for. Sri Lanka on the other hand, were knocking on the semi finals’ door (with a lot of help from England), and needed to win this game to keep their hopes alive. However, pride proved to be a bigger motivator than a semi final spot as South Africa thoroughly outclassed Sri Lanka in every aspect of the game and cruised to a nine wicket victory.

South Africa won the toss and elected to bowl first. That proved to be a great decision as the Sri Lankan batting order had no answer for the South African bowling attack. Player of the Match Dwaine Pretorius led the way by taking three wickets for just 25 runs in 10 overs. Chris Morris also scalped three wickets for 46 runs in 9.3 overs. Kagiso Rabada took two wickets for 36 runs in his 10 overs. For Sri Lanka, Avishka Fernando and Kusal Perera top scored with just 30 runs each as the miserable innings came to a close at the score of 203 in 49.3 overs.

South Africa chased the total down with ease in just 37.2 overs for the loss of a single wicket. Faf du Plessis scored 96 runs from 103 balls while Hashim Amla added 80 runs from 105 balls.

Sri Lanka needs to win its remaining two matches and hope for a total collapse from England, Pakistan and Bangladesh, in order to make the semi finals.