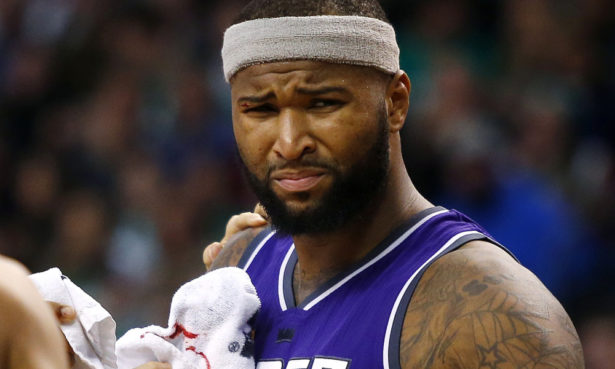 A little over 10 days ago, the most powerful NBA team, nestled in the heart of Northern California, became the latest real life iteration of the phrase, rich getting richer.  The Golden State Warriors, who have made the NBA Finals during each of the last four seasons (winning 3 times), had already shocked the world by adding Kevin Durant to a team which had won an NBA record 73 games during the 2015-2016 season. The awesome foursome of Kevin Durant, Stephen Curry, Klay Thompson and Draymond Green went on to win back to back titles and attain a status of invulnerability. The goal of every team in the NBA became ‘How do we beat the Warriors?’ So teams scrambled in Free Agency. The Oklahoma City Thunder signed superstar forward Paul George and the Los Angeles Lakers went one step above by signing the best player in the world, LeBron James.
Talks about teams closing the gap on the Warriors were becoming louder but then, out of nowhere, the Warriors put an end to all that chatter by signing DeMarcus Cousins, arguably the best center in today’s NBA. Across the NBA, people were picking up their jaws from the floor, shocked at how a juggernaut of a team with 4 All Stars, managed to land a 5th All Star, that too for a measly $5.3 million. The best team in the league had become even better.
The move was heavily criticised by almost everyone who is not a fan of the Warriors. People even questioned (and are still questioning) NBA’s commissioner Adam Silver if he is planning to do something to restore parity in the league. People complained about how the 2018-2019 NBA season is meaningless now and the winner is a foregone conclusion. An insane amount of criticism was directed towards DeMarcus Cousins as well. People accused him of choosing the easiest way to a championship ring. The familiar refrain of if you can’t beat ’em, join ‘em pierced the air in a reverberating crescendo.
In today’s world of social media and hyper-connectivity, Cousins didn’t stay unaware of these talks for too long. The talk about how he was locker-room cancer, emotional diva and how his Achilles tendon injury was an injury which not many superstars have bounced back from, immediately changed to how he was ‘too good’ to be joining the Warriors as they were already super stacked. Here’s what he had to say about his decision : “Yeah, I could’ve probably gotten a decent contract from a bad team but how does that help me? I’m already fighting a career-ending injury. I’m not going to put myself in an already bad situation to try to prove my value or my worth as a player in a situation that’s not looking to win. I knew how it would be perceived from some. I don’t give a f***. I’m saying it now because I’ve seen the reaction, but I didn’t give a f***. I knew where my ace was and we made the call.”
You can watch the whole clip here. Be warned, the clip contains explicit language.