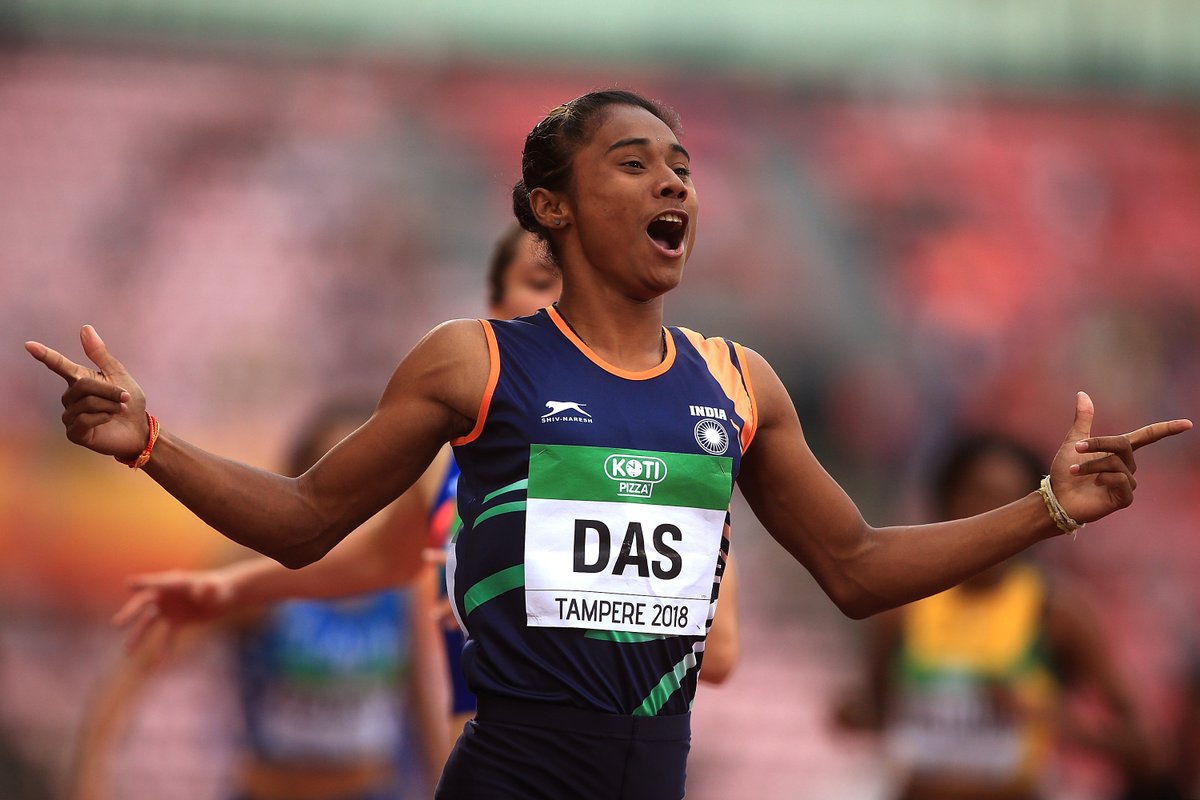 The 18-year-old athlete of Assam, Hima Das, is trending on top of Google. That’s because only a few minutes ago, he made history in the city of Tampere, Finland. Hima has won the gold medal in the 400 meters race of the IAAF World U-20 Athletics Championship.
It is for the first time that India has got the gold medal in the IAAF track competition. Before that, any female player of India, junior or senior, could not win gold in the world championship at any level. Hima completed the race in 51.46 seconds.
Romania’s Andrea Miklos got silver and Taylor Manson of America got Bronze Medal. Hima was not even among the top three players till the 35th of the race, but later he got caught and made history. After the competition, when Hima took the gold medal, and the national anthem started playing in front of her eyes tears.

He joined the list of javelin throw star player Neeraj Chopra, who won a gold medal in the last competition in 2016 with world record effort. Before India in the World Junior Championships, Seema Poonia (Bronze in Chakka Throw in 2002) and Navjyant Kaur Dhillon (Bronze Medal in 2014) won the medal. Hima was the strongest contender for the title because of taking the best time in the current Under-20 season. In the 400m competition of the Commonwealth Games held in Gold Coast in April, the then Indian Under-20 record was at sixth place with a time of 51.32 sec.