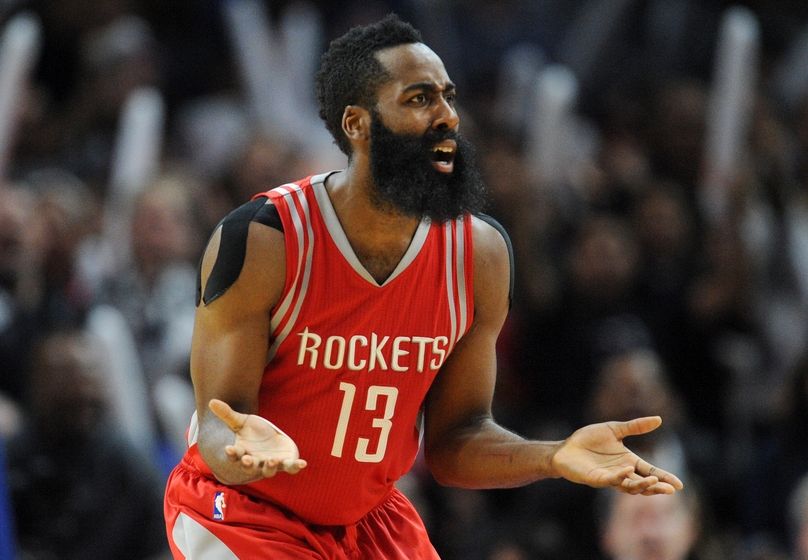 It was a little less than 1 month ago. Chris Paul shimmied in the face of Steph Curry after hitting a crucial 3 pointer in Game 5 of the Western Conference Finals. Spurred by Paul’s heroics, the Rockets went on to win that game and against all odds, take a 3-2 series lead over the mighty Golden State Warriors. The rose tinted dream of everyone who had hated the Warriors since they landed Kevin Durant, was one game away from becoming a reality.
There couldn’t have been a better and more deserving team to fulfil that dream. Led by eventual league MVP James Harden, the Rockets won a league high, 65 games in the season. Compared to the Warriors, who more or less messed around on the court and won 58 games, the Rockets took their games more seriously. The entire team was constructed by GM and analytics wizard Daryl Morey with just one goal in mind, beating the Warriors. They attempted (and made) more threes than any other team and to everybody’s surprise, played good defence as well (a trait not shared by any previous team that Mike D’ Antoni coached).
However, the victory in Game 5 was bittersweet. Their hero, Chris Paul hobbled off the court (in yet another season) with a hamstring injury. His loss ended up being too much to overcome for the Rockets as they lost the next two games (including Game 7 at Houston), and the series to the Warriors. Still, there was an air of positivity in the locker room. Super Sixth Man Eric Gordon openly proclaimed that if they had Chris Paul, they’d have won the series.
The path to building on the 2017-2018 season seemed simple for the Rockets, just re-sign Chris Paul and make sure everybody else stays. They went on and signed Chris Paul to a ridiculous 4 year, $160 million contract and then, everything started unravelling, Valuable and versatile role players who can hit the three and defend well, such as Trevor Ariza and Luc Richard Mbah a Moute left the Rockets for the Suns and the Clippers respectively. Clint Capella, who as a big reason behind their success wants $40 million more than what the Rockets are offering.
Even if they manage to sign Capella, it won’t be as great of an achievement as it seems. Because of his inability to shoot, he was virtually unplayable against the Warriors. Aside from that, because of the aforementioned departures, the Rockets might have to give significant playing time to Ryan Anderson, who can’t even defend against a chair. Good luck asking him to stop Kevin Durant or Klay Thompson.
There are rumours about Carmelo Anthony ending up there. However, he plays no defence and only shoots efficiently while playing for Team USA. His addition is unlikely to improve the team. The Rockets had a great chance to build on last season’s success and contend for a championship again. But with everything that has happened in free agency, their window is all but closed.

10 cardio exercises for a healthy and powerful heart

Did you e-verified your income tax-return? Now Do it with Ease!