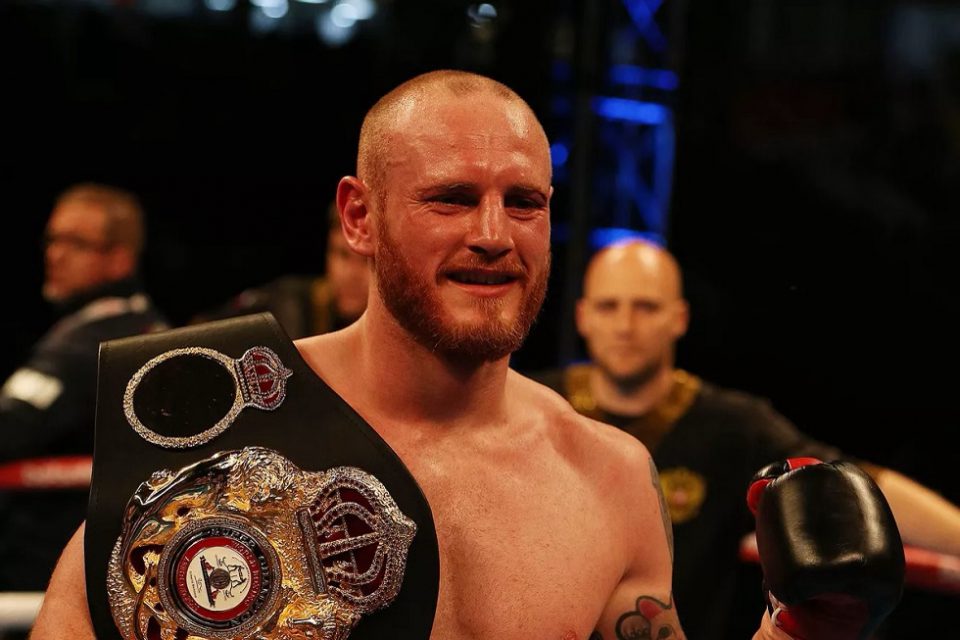 Former WBA super-middleweight champion George Groves sat down with Mark Whittle in his Take FLIGHT podcast. Groves took a look back at his glorious career and revisited his journey to the peak of success.

The former world champion boxer’s career spanned across a decade between 2008 and 2018. His childhood dream of becoming a world champion came to reality in 2017 after beating Fedor Chudinov.

Before that, he had dominated the super-middleweight scene with title wins in the UK, Europe, and Commonwealth levels. He also became the ABA middleweight champion twice during his amateur fighting days.

However, the most famous part of his career is something he does not have fond memories of. In 2013, he failed in his first world championship challenge against Carl Froch.

It was the first defeat in Grove’s career, but it was also a fight dipped in controversy. Despite Groves winning the first seven rounds, ultimately Froch claimed the bragging rights rather questionably.

Groves had his chance of revenge in a jam-packed Wembley afterwards. But, he succumbed to yet another defeat and the championship belt remained elusive to him.

But, Groves was persistent in his quest of global glory. And finally, in 2017, he was rewarded for his determination. Even though he lost hold of the title in 2018.

He discussed the struggles he had to go through to become a world champion with Whittle. He also shed light on many aspects of his career, which makes this episode a must-hear for boxing fans.

What is the Take FLIGHT Podcast About?

Take FLIGHT is one of the pioneering shows in an expanding British podcast industry. In fact, it is labelled as the best peak performance podcast in the nation.

Mark Whittle interviews some of the most shining names in the UK from many walks of life. He talks with accomplished athletes, entrepreneurs, authors, social activists, and adventurers to unearth the recipe behind their success.

The true objective of the show is to make its listeners feel motivated. It aims to equip them with the productivity hacks that can take them to the next level just like the guests of this show.

The show is currently on its 10th season. The first episode of the new season featured famous mouth artist Henry Fraser, who didn’t stop his artistic pursuits after being paralysed by a freak accident.

George Groves decided to step away from professional boxing in 2018 after a demoralising loss to Callum Smith. The defeat stripped him off of his WBA championship belt.

But, he didn’t feel the urge to get back into the ring and reclaim it. The Londoner felt content about his career achievements and chose to spend more time with his family.

Retiring at the age of 30 did raise a lot of eyebrows in the boxing world. His arch-nemesis Carl Froch had also taken a dig at his decision reminding him that he “ironed him out” at Wembley.

When he was asked to comment on Froch’s remarks, Groves replied that he understands that Froch needs to do that to cultivate a certain image and use it for his career gains.

He also said that if that’s not the case, then Froch needs to grow up and act more mature. Froch had also tailored a similar message to James DeGale, who had also retired around that time.

However, both Froch and Groves have patched up their relationship in recent times. They have also worked together in the media covering multiple boxing events.

Groves now works occasionally as a pundit. ITV recruited him as a pundit for the James DeGale and the Chris Eubank Jr. fight in 2019. But, his appointment was cancelled afterwards.

Chris Eubank Jr.s father claimed the decision was made upon James DeGale’s parents’ request. DeGale, who had lost to Groves both as an amateur and a professional, denied the allegation.

George Groves net worth in 2020 is estimated to be around ￡14.5 million. The majority of his wealth has come from career winnings and the rest has come from subsidiary sources.

Will George Groves Come Out of Retirement?

George Groves has never spoken in public about a potential comeback. But, he was forced into making a comment by none other than his longtime rival Carl Froch.

Froch, who had hung up his gloves in 2014 after winning against Groves, told iFL TV that he is happy to come out of retirement for the third instalment of Carl Froch vs.  George Groves.

Groves didn’t take much time to respond to Froch. He took to twitter and crafted a playful reply for Froch-

“Mate, I’ve retired you once, don’t make me do it again.”

Even though it was all said and done in a lighthearted manner, it is a clear indication that Groves has no intention of stepping into the ring again for a professional fight.

5 Proven Ways to Strengthen Your Relationships

5 Most Valuable Quotes that Will Motivate You to Study