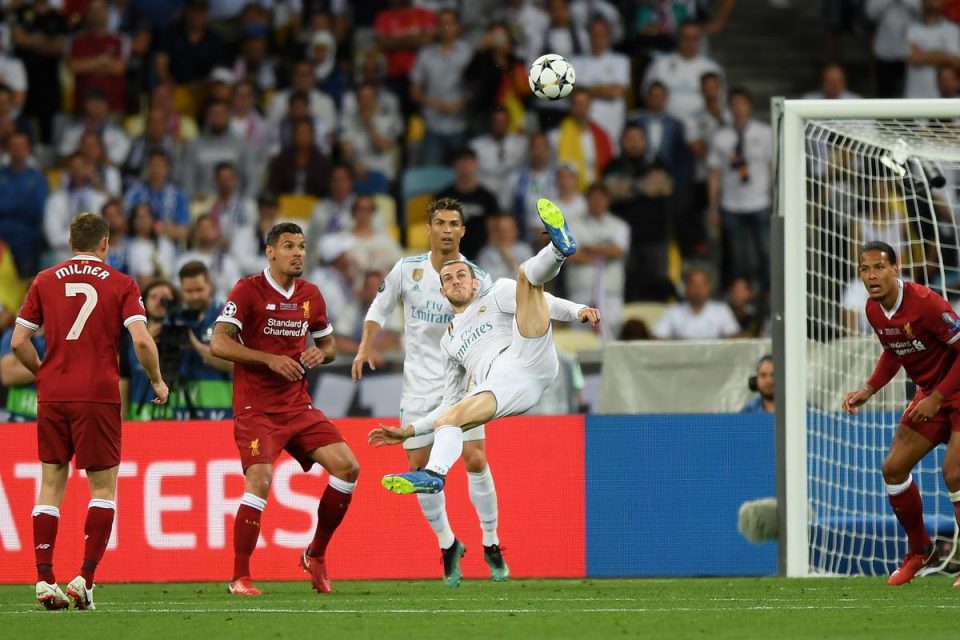 Gareth Bale has announced his retirement from all forms of competitive football. The Welsh footballer accomplished a lot during his time with Spanish giants Real Madrid. However, his dedication and commitment to the club were questioned on many occasions. Gareth Bale performed well on the field, but his career would probably end up being one of the great “what ifs”. Let’s take a closer look at Gareth Bale’s career.

Gareth Bale Retirement: A Stellar Career That Could’ve Been Much Better

Among the stories that we saw in Qatar 2022, that of Gareth Bale is one of the most interesting. No one doubts his place in world soccer, especially in the 2010s, when he was a player who won it all with Real Madrid.

And the Cardiff Express avoided a club that has members like Alfredo di Stefano, George Weah, and compatriot Ryan Giggs, who have never had a chance to play in a World Cup. But Bale earned that opportunity at the age of 32, just at a difficult moment in his career.

“Wales. Golf. Madrid. In that order ”. That phrase printed on the Welsh flag made it clear that Bale’s relationship with the meringues was fractured and there was nothing to do. Much was said about his injuries and his temperament, to the point that he did not play with the whites but he did take the time to make birdies instead of goals. But even during the 2022 Qatar World Cup, with Real Madrid’s door open, no one doubts that Bale still had one last chance to shine with the national team.

How did Gareth Bale start his football career?

Gareth Bale was born on July 16, 1989, in Cardiff. After starting with Cardiff City FC, Southampton took notice of him and recruited him at the age of nine, making him part of their inferiors, with a talent that seemed like it could be polished to improve.

Although he stood out for his left foot and his technique, there were doubts about his physique, because he suffered from hip injuries between the ages of 13 and 14. It was on the insistence of Debbie Bale, Gareth’s mother, that the Welshman was patient.

The wait was successful and Bale played for Southampton’s first team on April 17, 2006, aged just 16 years and 275 days, becoming the second-youngest debutant in the team’s history. That same year, but at the age of 17, he made his debut with the Wales team.

Gareth Bale’s rapid growth drew attention in London: Tottenham Hotspur signed him for 10 million Euros, beating Manchester United in the bid for the Cardiff express. With Spurs, he scored 55 goals and 40 assists, which was complicated in the first three years, until he became a figurehead for the London based club and closed his 2012-2013 campaign with 26 goals. As a result of such incredible dominance, Real Madrid came knocking and bought Bale for 100 million Euros in 2013. It was the most expensive transfer at that point in time.

Even though Gareth Bale arrived at the Santiago Bernabeu with a lot of fanfare, his time with Madrid was full of ups and downs. Far from being the successor to Cristiano Ronaldo, Bale did not have the expected career, although he also had his moments of glory.

Injuries and his problems with coaches like Zinedine Zidane, reduced his performance at the club, although he also had the opportunity to prove his worth, as in the 2018 Champions League Final, when he came on as a substitute in the 61st minute and scored two goals to seal the Madrid victory.

“ I know he has been one of the best players in the world,” acknowledged Harry Redknapp, his coach at Tottenham between 2008 and 2010, in February 2021, when interviewed by TalkSport. “Let’s be honest, there was a period where for me probably (Bale) had been the third best player behind Messi and Ronaldo, he was so good when he was in his prime.

Bale was loaned out to Tottenham in the 2020-2021 season, but returned to Madrid and only played seven games and scored one goal, yes, saying goodbye with five Champions League wins. Either way, he hoped to be the captain Wales needed in the World Cup and make this the most memorable appearance for his team at a World Cup. After all, it seemed that a great performance could open the doors to another elite team. However, a move to the Los Angeles FC of the MLS seemed to have ruled out any possibilities of a return to elite European football. However, on January 9th, Gareth Bale put all the speculations to rest and announced his retirement from all forms of competitive football at the age of 33.

What did Gareth Bale say in his retirement announcement?

Gareth Bale made the shocking decision to retire at 33 via a statement that read: “After careful and thoughtful consideration, I announce my immediate retirement from club and international football. I feel incredibly fortunate to have realized my dream of playing the sport I love. It has truly given me some of the best moments of my life. The highest of highs over 17 seasons, that will be impossible to replicate, no matter what the next chapter has in store for me.

From my very first touch at Southampton to my last with LAFC and everything in between, shaped a club career that I have immense pride and gratitude for. Playing for and captaining my country 111 times has truly been a dream come true.

To show my gratitude to all of those that have played their part along this journey, feels like an impossibility. I feel indebted to many people for helping to change my life and shape my career in a way I couldn’t have ever dreamed of when I first started out at 9 years old.

To my previous clubs, Southampton, Tottenham, Real Madrid and finally LAFC. All of my previous managers and coaches, back room staff, team mates, all the dedicated fans, my agents, my amazing friends and family, the impact you have had is immeasurable.

My parents and my sister, without your dedication in those early days, without such a strong foundation, I wouldn’t be writing this statement right now, so thank you for putting me on this path and for your unwavering support.

My wife and my children, your love and support has carried me through. Right beside me for all the highs and lows, keeping me grounded along the way. You inspire me to be better, and to make you proud.

So, I move on with anticipation to the next stage of my life. A time of change and transition, an opportunity for a new adventure…”

Most Madrid fans will still have the impression of the first time they saw Gareth Bale play for Tottenham, at the Bernabéu. He was a left back, he ate up an entire side of the field and even took a throw-in from midfield long and crossed to the bottom of the field at the other post that caused panic. Too bad he was considered so good that he sought a higher position. There is an atavistic tendency to despise the importance of full-backs when there have been extraordinarily influential ones since the days of Schnellinger and Facchetti, back in the sixties. There was Gordillo, who Gullit said deserved the Ballon d’Or before him.

But inertia pulled Bale up. Florentino Perez already brought him in as the best player in the Premier and with him, he formed the BBC, Bale-Benzema-Cristiano, in which, to put it like they were, almost everything was done last. The arrival of the Welshman moved Di María, who had been playing well on that side, to the left inside position where he also worked, but then James was brought to him and he left. This happened many years ago and Bale did end up winning a lot with the Real Madrid team. However, aside from some final heroics, he wasn’t the key piece of the dominant Real Madrid side that conquered Europe for much of the 2010s. In 258 appearances for the club, he scored 106 goals. That’s not a number to scoff at. However, everyone in the world expected much more out of Gareth Bale’s career, so all of his stats are a bit underwhelming.

As for Bale, he didn’t feel like a winger either. He wanted to be free in the attack and his agent was always messing with that. They only granted it to him in Wales. Football was probably not Gareth Bale’s favourite sport, he was just great at it. He was injury prone and his lack of dedication led to him being benched by Madrid coaches on many occasions. From his stay in Madrid, some extraordinary goals can be remembered in games that were also extraordinary. Let’s stay with that. The rest is in your must. And it’s a shame because he had exceptional natural talent. He was tall, strong, fast and had a deadly left foot. But what he had in talent, he lacked in desire. Despite spending eight seasons at Madrid, he didn’t even make the effort to learn a lot of Spanish. Perhaps nothing sums it up better than the infamous words on the Welsh flag held by Bale: “Wales. Golf. Madrid. In that Order.”

Carmen Electra: The Scintillating Sex Symbol Of The 90s

Hasan Piker: Top Twitch Streamer Or Yet Another Hypocritical Leftist?

Gina Carano: The Powerful Life and Career of the MMA Star Turned Actress