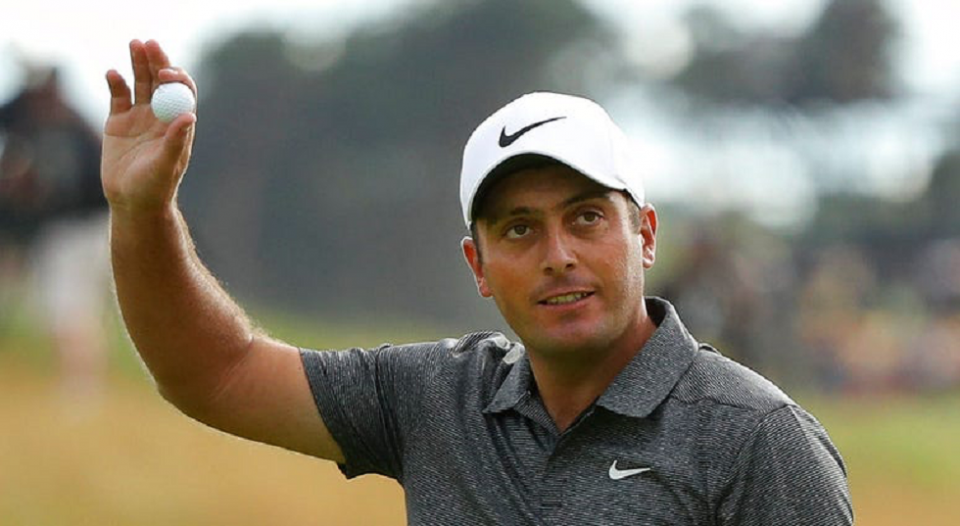 Italian professional golfer Francesco Molinari won the 2010 WGC-HSBC Champions and has represented Europe in three winning Ryder Cup teams, 2010, 2012 and 2018. In fact, Molinari made Ryder Cup history by winning all five of his matches at Le Golf National in 2018. The pro golfer has also won the 2018 Open Championship, his first major victory and the first major won by any Italian professional golfer. The 37-year-old Molinari, who has slipped to No. 30 in the Official World Golf Ranking, hopes to return to action by the PGA Championship in August of this year.  He hasn’t had a chance to swing since the opening round of The Players, which was canceled because of the COVID-19 pandemic.

How old is Francesco Molinari?

How much is Francesco Molinari worth?

Francesco Molinari has accumulated his net worth of 20million dollars playing professional golf. The 2018 BBC World Sport Star of the Year award winner, Molinari has recorded 10 professional tours including 3 PGA Tour. Playing golf and winning major titles adds a fortune to his income. As of 2019, his net worth was estimated at $20 million.

Yes, Francesco Molinari is a married man. He is married to Valentina. The couple tied a knot to each other in 2007. The couple has 2 children together. They are Tommasso and Emma. He lives in Turin in Italy. He also has a residence in London, England where the family has resided up until 2020.

The 2018 Open Championship winner opened up on Twitter in July 2020 that he and his family – wife, Valentina, and kids, Tommaso and Emma – are in the process of moving to California after 11 years in London.

“It’s been a very strange few months for everyone lately, facing challenges that we never even thought possible,” Molinari wrote. “As many of my colleagues, this forced break gave [me] a chance to sit back and think about many things. It mostly made me think about the future and what I want to achieve in the coming years, from a professional point of view but mostly from a family standpoint. This is why we’ve decided to leave London and the U.K. after 11 happy, intense, satisfying and consuming years. The next chapter of our life is going to be in California, where we hope to be safe, happy and to spend more time together as a family. This is what’s keeping me busy now and away from tournament golf.”

How tall is Francesco Molinari?

Who is Francesco Molinari’s caddy?

Former Open champion Francesco Molinari parted ways with caddie Pello Iguaran in 2019 and will begin 2020 with a familiar face on the bag which was meant to represent veteran looper Mark Fulcher.

What nationality is Molinari?

Francesco Molinari was born on 8 November 1982. Tracing back his early years, the pro golfer was born to a father, Paolo Molinari, and a mother, Micaela Molinari. His birthplace is in Turin in Italy. He holds Italian nationality.

Where did Molinari go to college?

Molinari went to college at the University of Turin.

Does Francesco Molinari have a brother?

Yes, Francesco Molinari has a brother, whose name is Edoardo Molinari. He caddied for his brother Edoardo at the 2006 Masters who was paired with Tiger Woods in the opening round.

He also played with his brother Edoardo, and they won the 2009 Omega Mission Hills World Cup. It was Italy’s only win in the event.

Francesco Molinari earned his European Tour card in 2005 through qualifying school. In his rookie season, he finished in 86th place on the tour’s Order of Merit. The pro golfer claimed his first European Tour victory in May 2006. He became the first Italian since Massimo Manneli in 1980 to win the Telecom Italia Open. He finished 38th on the Order of Merit.  He recorded 20 top-10 finishes between 2007 and 2009 without winning. He reached the top 50 of the Official World Golf Ranking for the first time in October 2009.  He and his brother, Edoardo led Italy to their first World Cup victory at the Omega Mission Hills World Cup in China in November 2009.

When he won the WGC-HSBC Champions in Shanghai, China in November 2010, he moved to 14th place in the Official World Golf Ranking. He represented Europe in the 2010 Ryder Cup in October 2010. The Italian golfer lost against Tiger Woods on the final day. Europe defeated the United State 14 and half points to 13 and a half.  He recorded 7 top-10 finished in 2011.

He picked up his third European Tour win in May 2012 at the Reale Seguros Open de Espana. He gained an automatic selection for the 2012 Ryder Cup. Europe once again defeated the United States 14 and a half points to 13 and a half points.  He didn’t register any wins during the 2013 and 2014 season. But he remained in the top fifty of the Official World Golf Ranking allowing him to play several PGA Tour events. He finished in 6th place at the 2014 Players Championship. He shared his time between the European Tour and PGA Tour in 2015 and 2016.

The professional golfer became the first Italian to win his national open twice defeating Danny Willett at the 2016 Italian Open which occurred in September 2016. He finished 2nd at the 2015 Open de Espana and 2016 Open de France.  He finished 3rd at the 2015 Memorial Tournament.  He recorded a hole in one at the iconic 16th hole of the Waste Management Phoenix Open. He recorded his fifth European Tour win in 2018 with victory in the European Tour’s flagship event, the BMW PGA Championship. He leveled with Costantino Rocca for most European Tour wins by an Italian.  He also recorded his first Rolex Series titles in May 2018.  He also won the Quicken Loans national in 2018. He won by 8 strokes. It was the first PGA Tour win for an Italian since 1947. He won the 2018 Open Championship with a score of -8, pairing with Tiger Woods in the final round. With the win, he moved to sixth place in the Official World Golf Ranking. It’s his highest ranking to date.  He qualified for the European team participating in the 2018 Ryder Cup. Europe defeated US 17 and a half to 10 and a half. He became the first player ever to go 5-0-0. He also won his singles match against Phil Mickelson. He won the season-long Race to Dubai title worth $1,250,000 on the European Tour in December 2018.  He was awarded the 2018 BBC World Sport Star of the Year award in December 2018. He was the first Italian to receive the award. Francesco Molinari won the Arnold Palmer Invitational as the third PGA Tour victory of his career in March 2019.

Value Stocks: Understanding It and How to Invest