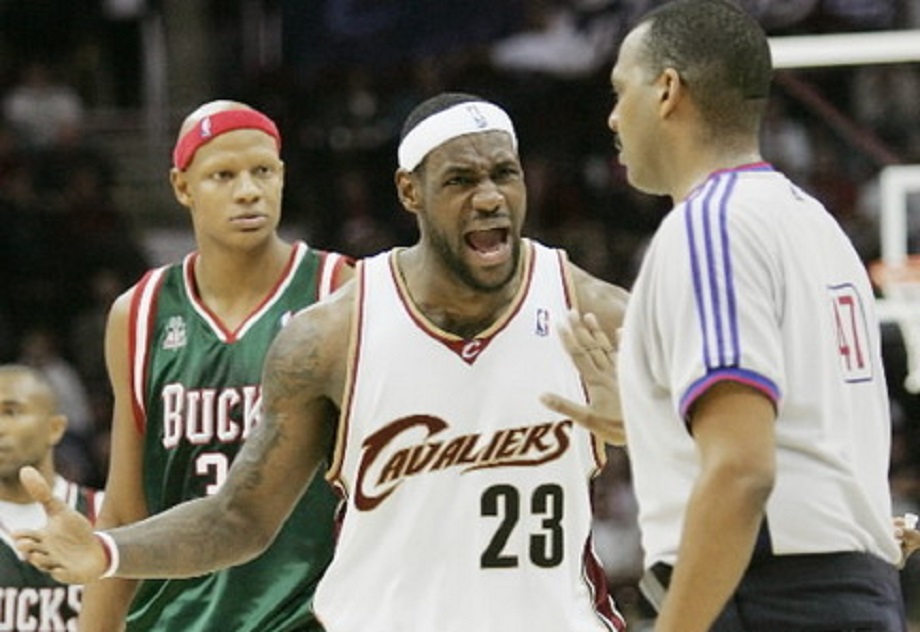 Rules serve an important purpose in sports. They define how a game is supposed to be played and help determine what a player can or can’t do. Broadly speaking, we can’t really play a sport until the rules are clearly described. Rules are designed to make the game entertaining, enjoyable and fair, but sometimes they completely miss the mark on what they are intended to do. Leaving viewers and participants scratching their heads. Rules might be for fools in general, but the following five rules were definitely made by fools:

This rule has become infamous after Serena Williams was penalized by chair umpire Carlos Ramos during the final of the 2018 US Open against Naomi Osaka. Williams eventually piled up more code violations on top of that by her behaviour and ended up losing the match 6-2,6-4. Though Williams didn’t lose the match because of the rule as Osaka thoroughly outplayed her. However, the rule is downright atrocious. Just take a look at an excerpt from this ridiculous 229 words long rule. “Players shall not receive coaching during a match (including the warm-up). Communications of any kind, audible or visible, between a player and a coach may be construed as coaching.”

On an even more ridiculous note, the rule holds a player accountable for any obscene gestures or actions made by the coach, including public statements criticising a tournament and its organization. Despite the rule, all tennis coaches admit that they do what the players have paid them to do i.e. coach them during matches.

Well, this rule isn’t in existence anymore but it’s so dumb that you need to know about it. NASCAR instated this rule in 2016 to combat declining viewership in its truck series. This controversial rule implemented a mandatory halt to a race if 20 minutes go by without any crash or race causing incident!

Yes, after 20 minutes of safe and crash free racing, the race will go under caution. All cars can pit, the field gets bunched up, NASCAR gets to run a commercial, laps get shaved off the race at pedestrian speeds and in the end, nobody really wins. Thankfully, the caution clock was abandoned after one year. If NASCAR really wanted the race to stop because of crashes, they should’ve just enticed Danica Patrick into driving for this class. Her looks might’ve helped boost the ratings also.

In every major sport, the fans almost cheer, jeer and boo non stop. Basketball, baseball, football, cricket, you name it. When basketball players step on the free throw line to make crucial baskets, the opposing crowd usually goes crazy with its props and words. If golfers can’t deal with a few hecklers calling them names in exchange for a few million dollars, they should probably apply for a desk job in the where they can bury themselves under paperwork and never be heard from again.

Let’s be clear here, the NFL’s attempts to make an inherently violent and brutal sport ‘safer’ has been about as smooth and graceful as a cow falling down the staircase. There is the infamous ‘lowering of the helmet’ rule but the NFL introduced an even dumber rule at the start of the 2018-2019 season. This rule was clearly a knee jerk reaction to the collar bone injury suffered by Green Bay Packers’ quarterback Aaron Rodgers after he was flattened by Minnesota Vikings linebacker Anthony Barr.

Check out the words from this ridiculous rule: “A defensive player must not unnecessarily or violently throw [the passer] down and land on him with all or most of the defender’s weight.” Clearly the NFL seems to have disregarded the existence of some important apsects of phsyics like inertia and gravity while formulating this rule because as per this rule, a safe and legal tackle on a Quarterback must not obey the laws of physics. A fact that the Cleveland Browns dfensive end Myles Garrett learned the hard way when he ‘dangerously’ landed on Pittsburgh Steelers quarterback Ben Roethlisberger and the Browns were awarded a 15 yard penalty, leading to a Steelers touchdown.

Most rules in the NBA are pretty clear and simple. You hit someone while they are shooting, shooting foul. You take more than two steps with the ball without dribbling, travelling violation. You stop your dribble and start it again, double dribble. However, the NBA’s take on technical  fouls can leave everyone scratching their heads. As per this rule, a referee has to determine what the player’s intent was. Let’s read the rule: “To be unsportsmanlike is to act in a manner unbecoming of professional basketball. It consists of acts of deceit, disrespect of officials and profanity. The penalty for such acts is a technical foul. Repeated acts shall result in expulsion from the game and a minimum fine of $1000.”

Terms like deceit and disrespectful are completely open to interpretation and a referee can easily judge something as benign as a stare as being disrespectful. One of the most extreme examples of the stupidity of this rule was when San Antonio Spurs’ legend Tim Duncan was ejected from a game for laughing on the bench by whistle happy referee Joey Crawford. Generally, players keep getting technical fouls and ejections for nonsensical reasons every other night in the NBA because of a complete lack of clarity concerning this rule.

Top reasons Why WordPress Sites Get Hacked & How to get over with it?