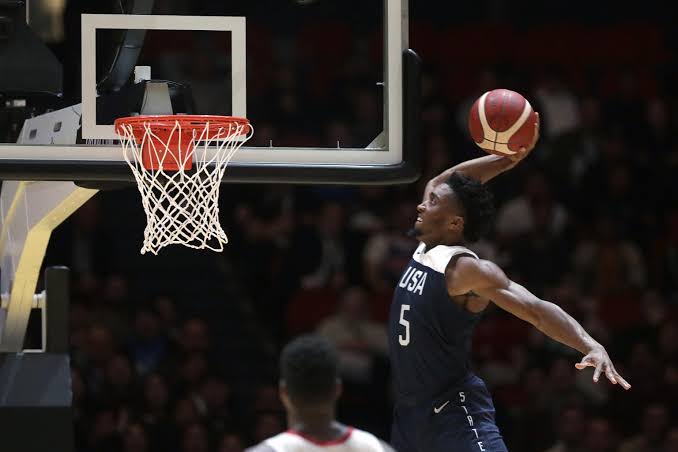 As the 2019 FIBA World Cup got underway in Beijing, China, defending champions USA got off to a great start against Czech Republic. Led by Donovan Mitchell‘s 16 points, team USA put on a well balanced performance as it overwhelmed the gutsy Czech Republic team 88-67.

Team USA fielded a starting lineup of Kemba Walker, Donovan Mitchell, Harrison Barnes, Jayson Tatum and Myles Turner. The American squad dominated defensively and made it extremely tough for the Czech team to score. Jayson Tatum and Myles Turner blocked a lot of shots throughout the game. Even Donovan Mitchell got himself a piece of the defensive action by blocking a shot from behind. The ball was stuck between the rim and the backboard after that.

The dominant win against the Czechs will definitely alleviate some of the fears that had risen after the 94-98 exhibition game defeat to Australia. This undermanned American team is definitely not a lock to win the tournament but if younsters like Mitchell, Turner and Tatum continue their impressive performance, they just might win it all. Team USA faces off against Turkey on Tuesday while the Czechs will take on Japan on the same day.