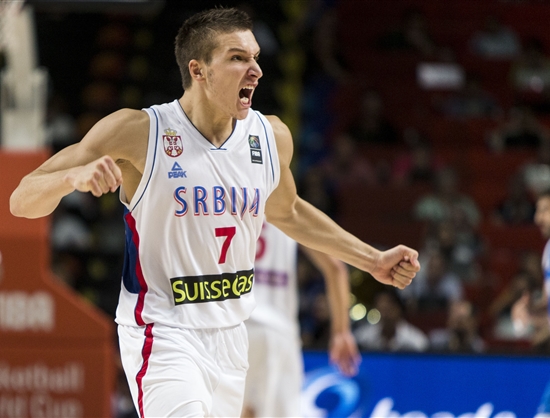 Bogdan Bogdanovic continued his dominant performance in the 2019 FIBA World Cup in Beijing. Bogdanovic poured in six three pointers as Serbia cruised to a dominant 92-77 win over Italy. With the win, Serbia climbed to the top of their group. The Serbs are looking like the team that might be the strongest contender to dethrone the undermanned Team USA in the tournament.

Bogdanovic has been the star of the FIBA World Cup so far. He has scored 72 points in just 73 minutes of action over three games. He has made 24 of his 39 shot attempts from the field and 15 of 23 attempts from beyond the arc. That has led to a ridiculous true shooting percentage of 80.5. On top of that, he has also dished out 13 assists in the tournament so far.

The Serbian team is loaded with top-tier NBA talent and has dominated the tournament. With team USA looking extremely shaky so far, Serbia is definitely (at least momentarily) the tournament favourite.