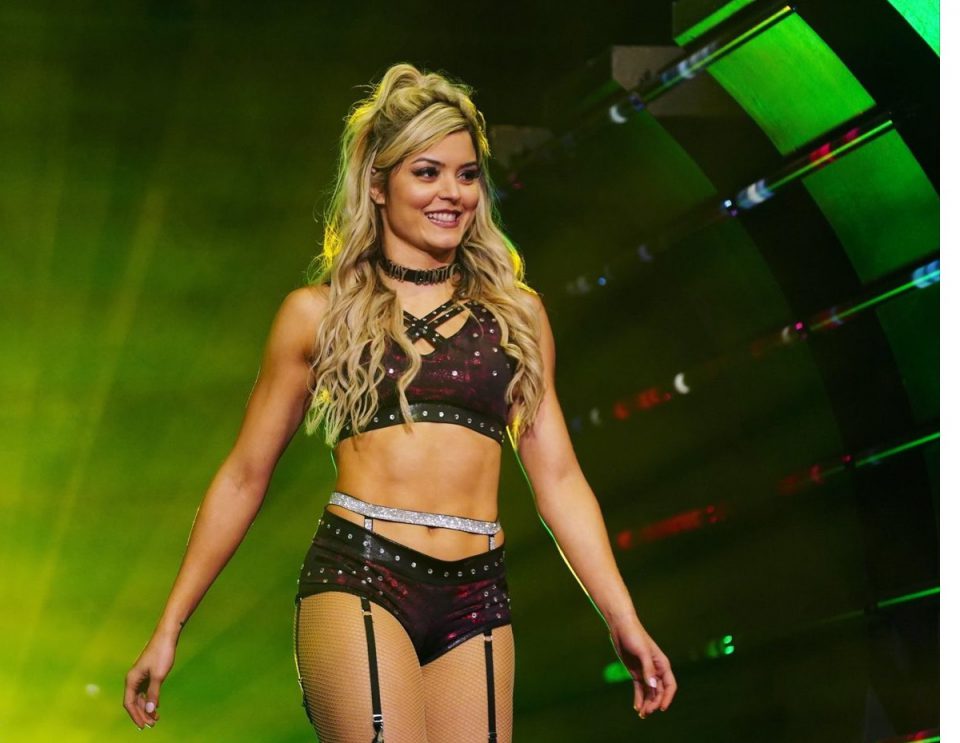 The former NXT standout, Taynara Conti, who had no prior pro wrestling experience, managed to survive the game and excelled at it. She is one of those wrestlers who arrived with nothing and has since earned contracts with two of the top pro wrestling organizations. It should be no surprise that this superstar is genuinely great and unique.

Nobody can call this luck; Taynara put a lot of work into making the squared circle her new home. Before her enthusiasm flared for Wrestling as a child, she was pretty fond of Judo and has spoken about her love for the sport many times.

The following statement was made by a Brazilian girl who had no prior knowledge of Wrestling and had no connection to it in any way: “Wrestling is not a big thing in Brazil. I had never watched it; I never knew about it before. That was not a thing at all for me.” She added that although she had frequently been asked about her favorite wrestler or the person who had most influenced her, she had no idea until WWE got in touch with her and invited her to try the sport.

However, the new wrestler on the block was not an easy path. Before, she developed into the person she is now; she had struggles and a long learning curve. Her challenge was to become fluent in English in addition to learning wrestling techniques. She received Bayley’s support and quickly rose to become her WWE role model and inspiration. Conti describes her training and education as enjoyable, thanks to the correct direction and support of the female WWE superstars.

She frequently claims that Wrestling has now become her life. Despite being fired from the WWE early in the COVID pandemic in 2020, she didn’t give up. Later, she signed a contract with AEW to continue her exciting wrestling career.

She expressed her annoyance in front of the public about how she felt she was not appropriately utilized by NXT while waiting for opportunities to present themselves. I know everything is done step-by-step, but she said I was on the same step for a long time.

She was always conscious of the extra work she would have to put in as a beginner to learn and advance in this game. She made numerous attempts to freshen things up and alter her strategy to stand apart. She must have attempted well over a hundred different ploys before finally landing the chance she had always hoped for. Who knew she would one day be the first Brazilian woman to participate at WrestleMania?

Despite being relatively new to this field, she is one of AEW’s fastest-rising stars and has amassed a sizable fan base. She made an impression on everyone with her athleticism and energetic spirit, influenced by martial arts. Before joining forces with Anna Jay, she frequently competed in AEW Dark and Elevation for a while.

However, her bout against AEW Women’s Champion Britt Baker at Full Gear 2021 was the biggest of her early career, and millions were in awe of her exceptional in-ring performance. This unmistakably demonstrated her dedication and commitment to the whole game. She genuinely likes Wrestling and lives for it.

In short, we can say that while she is learning how to prepare herself best for Wrestling, her black belt in Judo will undoubtedly come to her aid and rescue. Even her opponents would have kept that in mind before coming forward in her game, given her martial arts skills, which are unquestionably something to watch out for. Trying to fit the ring forces her to demonstrate her metal again. Wrestling had become her new way of life, so she made sure to leave no stone unattended.

Conti was aware from the minute she joined the force that Wrestling is not a sport for everyone. She even trained at the WWE Performance Center alongside Dustin Rhodes, and she is now a skilled and assured wrestler. Her commitment to the sport and love deserves all the credit for this.

Conti’s excitement is not denied when given a chance to talk about her wrestling plans. She once declared in an interview that she adores Japanese Wrestling and longs to visit the country for competition. Furthermore, she said she hoped to visit Japan the following year to pick up some fresh advice from the country’s wrestlers.

WWE fans are now familiar with Conti and would love to see her win more matches and establish new AEW records. She unquestionably has the ability and the will to become the first Brazilian champion in the women’s category of the AEW.

How to Choose a Good Online Casino

Can Cristiano Ronaldo Actually Save The Saudi League? (Al-Nassr Ranking)