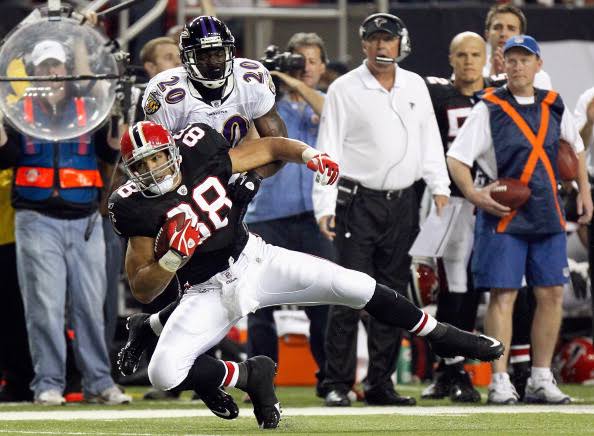 Since 1963, the Pro Football Hall of Fame has enshrined the most influential and exceptional figures from the world of Professional Football (talking about American Football here) in Canton, Ohio, United States of America. The enshrinees include players, coaches, front office personnel and franchise owners who have made contributions to the sport while being a part of the National Football League (NFL). Every year, four to eight members are inducted into the Hall of Fame. The official mission of the Hall of Fame is to “Honor the Heroes of the Game, Preserve its History, Promote its Values & Celebrate Excellence EVERYWHERE.”
There are two reasons for the Hall of Fame’s existence in Canton. First of all, the NFL was founded in Canton during the year 1920 (called the American Professional Football Association then). Second, the now defunct Canton Bulldogs were a successful NFL team during the league’s nascent stages. The building’s foundations were laid on August 11th, 1962. It was a modest two room building covering just 19,000 square feet of interior space. In April, 1970, work started to expand the building to cover 34,000 square feet. An additional room was added and the expansion was completed in May, 1971 at the cost of $620,000.
The building was further expanded in November, 1978 at the cost of $1.2 million. The gift shop, research library and the theatre were increased in size. The Hall was 50,500 square feet in size now. The next expansion was completed in October, 1995. The size of the Hall swelled up to 82,037 square feet. This expansion featured the addition of the GameDay Stadium, which shows movies and clips produced by NFL Films on a 20 foot by 42 foot Cinemascope screen. This expansion cost $9.2 million.
The latest expansion, carried out in 2013, pushed the size of the Hall to 118,000 square feet. To coincide with the 100th Anniversary of the NFL, the $800 million Johnson Controls Hall of Fame Village, is scheduled for completion in 2020.
As of today, the Pro Football Hall Of Fame has 318 members with the Chicago Bears having the most number of representatives at 34 enshrinees. As Ray Lewis, Randy Moss and Brian Urlacher lead the class of 2018 into the Pro Football Hall Of Fame, let’s take a look at the players who will almost certainly be enshrined into the Hall of Fame in 2019.

Whenever a conversation for the ‘Greatest Tight Ends in NFL History’ comes up, Tony Gonzalez’ name always hovers near the top. The 14 time Pro-Bowler (tied with Peyton Manning, Bruce Matthews and Merlin Olsen for the most in NFL history) has the most receptions (1,325) and receiving yards (15,127) at his position. His receptions overall are second only to Jerry Rice in NFL history. The five time first team All-Pro was also an absolute iron man, only missing 2 games during his illustrious 17 year career. His induction into the Hall of Fame is all but certain.

During the 2000s, Ed Reed and Troy Polamalu terrorized the offensive systems of teams throughout the NFL. Ed Reed was perhaps the most dangerous player on interception returns in league history (Reed holds the record for the two longest interceptions returned for a touchdown at 106 and 107 yards). The Baltimore Ravens safety joined forces with linebacker Ray Lewis to form the core of the most formidable defence in NFL history. Reed ended his career with a record 1,590 interception return yards to go along with 13 career touchdowns (seven coming off interceptions). The Super Bowl XLVII champion prominently features in any ‘Greatest Safety in NFL History’ conversation and should deservedly get enshrined in 2019, which will be his first year of eligibility.

Champ Bailey was drafted into the NFL by the Washington Redskins. The cornerback out of Georgia joined a team which featured future Hall of Fame Cornerbacks Darrell Green (widely considered to be the fastest player in NFL history) and Deion ‘Prime Time’ Sanders. No player could’ve possibly had better legends to learn the tricks of the trade from than Bailey. He quickly went on to succeed Sanders as the best cornerback in the NFL. The 12 time Pro-Bowler was also selected as a member of the NFL 2000s All-Decade Team. The world will be shocked if Bailey doesn’t get inducted into the Hall of Fame next year.

Throughout his 16 year NFL career, Mawae was one of the league’s best centers. The eight time Pro-Bowler made three All-Pro teams and the NFL 2000s All Decade Team.

The St. Louis Rams’ ‘Greatest Show on Turf’ was one of the most exciting offensive systems in NFL History. Night after night, they torched the opposition’s defence up. Three members of that vaunted offence, Marshall Faulk, Orlando Pace and Kurt Warner are already in the Hall of Fame. It’s about time that Bruce, a four time Pro Bowler, who is also fifth in the NFL’s all time receiving yards list, joins his partners in crime.

This five time Pro-Bowler and three time All Pro Offensive Tackle was the first ever draft pick of the Jacksonville Jaguars. Injuries shortened his career but he was dominant while he played.

Usually, when people talk about the success of the New England Patriots, they only mention quarterback Tom Brady and coach Bill Belichick. However, Ty Law was a crucial member of the first three Super Bowl winning Patriots teams. The five time Pro-Bowler made two All-Pro teams and has 53 career interceptions, same as Deion Sanders.

The nine time Pro Bowler made six All Pro teams at the guard position and has been a finalist for the Hall of Fame induction 3 times already. It’s about time he was inducted.

Along with Alan Faneca, Hutchinson was considered the best guard in the NFL during the 2000s. The seven time Pro-Bowler made the All-Pro team five times. He was also a finalist for induction in 2018.

He ranks 13th in all time career rushing yards (12,246), ahead of Hall of Famers like Franco Harris, Thurman Thomas and Marcus Allen. He also led the league in rushing yards during the 1999 and 2000 seasons.

Alongwith Hall of Famers Warren Sapp and Derrick Brooks, Lynch formed one of the most formidable defensive units in NFL History. The nine time pro-bowler was instrumental in the rise of the Tampa Buccaneers from the laughing stock of the league to Super Bowl XXXVII champions. He has been a Hall of Fame finalist five time already. Sixth time maybe a charm for him.