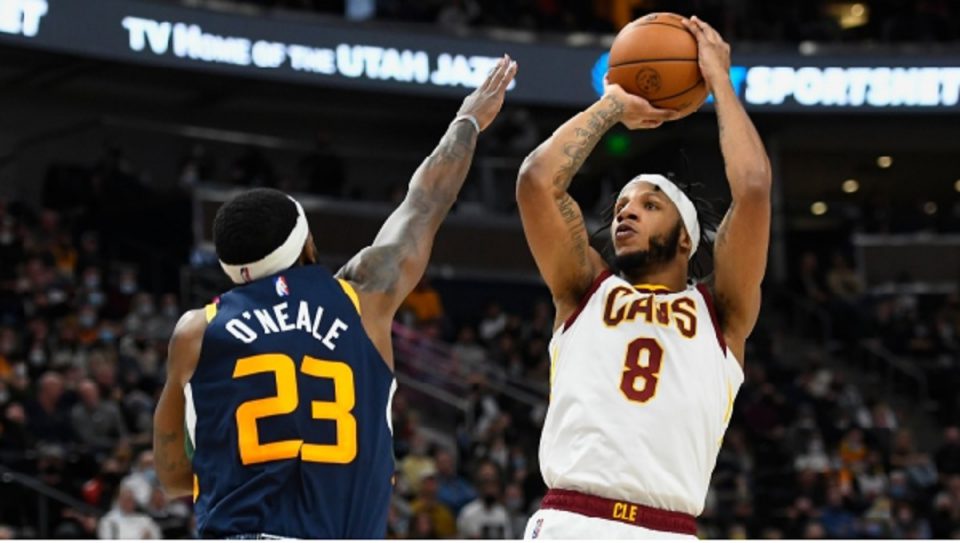 Penn State product Lamar Stevens has been a quality addition to the Cleveland Cavaliers roster, but his value to the team goes beyond what he does on the basketball court.

Stevens is one of the key bench players on a Cleveland roster that entered 2022-23 with championship aspirations. According to new Cavaliers star Donovan Mitchell — acquired in an offseason trade with the Utah Jazz — the 2019 and 2020 First-team All-Big Ten selection has worked hard to keep the players accountable.

Mitchell cited an example during the Cavs’ Nov. 21 home game against the Atlanta Falcons, a 114-102 Cleveland victory.

“He came to the huddle and said I was getting my (expletive) busted when they scored on me twice,” Mitchell said, via Ryan Lewis of the Akron Beacon Journal. “I don’t think anybody scored on me after that. But you need a guy like that. I respect and appreciate that.”

The state of Ohio is going to launch sports betting on Jan. 1, 2023, and there will be several special offers for interested customers to keep an eye on. This is going to include the BetMGM Ohio bonus code offer in which new customers will get $200 in risk-free bets once they sign up at the sportsbook.

Stevens’ Performance Since Returning To Lineup

Stevens missed four games in late November for the Cavaliers dealing with a non-COVID illness. Cleveland went 2-2 without Stevens, but they won two of their next three games following his return to the lineup.

The 25-year-old had eight points, two rebounds, and one assist in his return on Dec. 2, leading Cleveland to a 107-96 home win over the Orlando Magic. He followed that up by posting eight points, two steals, and six rebounds in the Cavs’ 92-81 road loss to the New York Knicks on Sunday.

The native of Philadelphia, Pennsylvania was also active for the highly-anticipated Tuesday night home game against the Los Angeles Lakers. Old friend LeBron James returned to town for that game, a 116-102 Cleveland victory.

Against the Lakers, Stevens had two points, one assist, a single block, and a season-high seven total rebounds. Through his first 12 games of 2022-23, Stevens averaged 6.9 points, 3.2 rebounds, and 0.4 assists per game with a superb field goal shooting percentage of 44.1.

It’s a small sample size, but so far, Stevens is enjoying the best point and rebound per game totals of his young career.

Stevens appeared in 40 games during his 2020-21 rookie season, though he didn’t start any games. In the contests he suited up for, Stevens averaged 4.1 points, 2.4 rebounds, and 0.4 steals per game.

He got more playing time in 2021-22, starting nine games and appearing in 63 altogether. Stevens finished the season with averages of 6.1 points, 2.6 rebounds, and 0.7 assists per game, shooting 48.9 from the field.

Though they lost both play-in games and thus didn’t qualify for the 16-team postseason, the organization recorded its first winning season without the aforementioned LeBron James in 24 years.

General manager Koby Altman wisely concluded that these Cavaliers were ready to win now. Acquiring Mitchell in the offseason from Utah was a strong message to the rest of the Cleveland roster. So far, the message has been received.

The Boston Celtics and Milwaukee Bucks look like the two main front-runners in the Eastern Conference, but the Cavaliers cannot be ruled out. This is a team that has handed Boston two losses already, after all.

Darius Garland and Evan Mobley were already one of the NBA’s top young duos before Mitchell was acquired from Utah. With Mitchell taking over as the new franchise star, it has taken plenty of the workload off of Garland and Mobley.

And of course, Altman has plenty of time to make some roster upgrades between now and the trade deadline. The Cavaliers already look like a team capable of going head-to-head with the NBA’s elite in a best-of-seven, but one more quality scorer and/or another top-notch defender could push them through the roof.

Stevens, Caris LeVert, and Jarrett Allen have provided ample secondary scoring behind Cleveland’s newly formed “big three.” There aren’t many notable weaknesses on the 2022-23 Cavaliers, and a game-changer like Mitchell will always give them a chance to win.

The Cavaliers endured a painful rebuild in the first three years of the post-LeBron era, but they’re finally ready to contend for championships again. Mitchell and company have proven that much through the first month and a half of regular season play.

FIFA Rainbow Armband Too Political, But Morocco With Palestine’s Flag Is Okay?