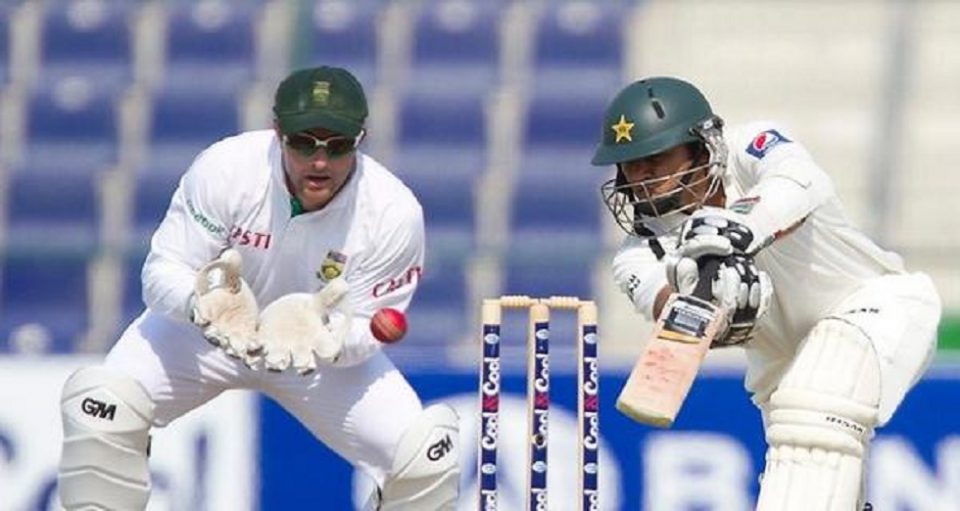 When it comes to Cricket there are numerous records named to this game, some of the records are not likely to be broken in near future. The famous tagline of The Society of Cricket Statisticians of India (SCSI) reads ‘Figures are fun’ – and certainly they are. Why? Because cricket is a game with a long history and it’s important to explain to a seven-year-old budding player why a specific player is a better batsman or bowler than others. But then again, how do you explain that to a seven-year-old?

Even if we jog our memory, not many of us will know when the first international match was played? Most of you will say, it was between England and Australia in 1877. Is it the correct answer? No, absolutely not. The first ever international match was played between United States of America and Canada on 24 September in 1844 at Bloomingdale Park in Manhattan because this was the first ever sporting battle of any kind involving rivals across the international borders. This is the type of work that cricket historians and statisticians usually do to keep the game alive.

However, the first ever Test match was actually staged in 1877 between Australia and England at Melbourne and, from there on to this day, many players have created and broken numerous records in international cricket.
Here are some records that are unlikely to be breached in the next decade and we take a look at some of these records.

Muttiah Muralitharan is one of the finest off-spinners the game has ever produced. He was a brand in Sri Lanka in his playing days just like Sachin Tendulkar was in India. The figures are the proof of his excellence. The spin warlock signed off his career in 2010 against India by picking up his 800th wicket in Test cricket at Galle.
He has taken 1347 wickets in international cricket by playing 495 matches. The next best is Shane Warne’s 1001, which means Murali is ahead of him by a big margin.

James Anderson has taken 750 wickets in international cricket from 332 matches, the most among current bowlers and is unlikely to surpass Warne given his age (32). The game of cricket is in the batsmen’s favor and flat pitches are helping their cause, thus, it is certain that Murali’s record will not be broken in the next decade.

No other bowler, except Jim Laker, has taken more than 17 wickets in a Test match in Test cricket’s history till date. He will always be remembered for his extraordinary match figures of 19 for 90 as he took nine wickets in the first innings. His record of 10 for 53 in the second innings in that Test match played at Manchester are the best figures along with his match figures for that whole Test. No one has seriously tried to touch his record in first-class cricket till this day, so it seems a pretty intact stake that Laker will sit forever at the summit in the above-mentioned record category.

The former Australian captain Allan Border (one of all time best cricket captain) has played 153 Test matches from 10 Mar 1979 to 25 March 1994 without missing a single test. The other Australian batsman Mark Waugh comes second who played 107 consecutive tests for Australia. However, England’s test cricket captain Alistair Cook is closely following Border’s record with 107 tests at present. But cook who is aged almost 30 has a very tough task to play 4 or 5 more years with his current batting form and injury will also be a big factor for this English batsman.

It appears like a surprise when we find out a bowler had bowled 5473 (900 overs) without a single wide especially in one-day internationals. Michael Holding, the former great West Indian bowler who is also known as the whispering death has this unique record of bowling. He was a mixture of great pace and accuracy. Looking at the current ODI bowlers, it looks this record will stay for a long time and may be never broken in future.

One of the best leg-break bowlers of all time, Sydney Barnes took 49 wickets in just 4 test matches against South Africa in 1913/14 Test series. He took five wickets or more for seven times during that series and also got four consecutive five wicket hauls. As per many cricketers and experts, Barnes is the best bowler of the 20th century. Jim Laker of England took 46 wickets during the five match ashes series against Australia in 1956. Shane Warne had taken 40 wickets against England in the famous 2005 Ashes series.

6. Most Balls Delivered In A Single Innings

At Edgbaston in 1957, Sonny Ramadhin(left) bowled a massive 588 deliveries (98 overs) in the second innings against England. No other bowler has ever crossed the 90 Overs mark in a single innings in Test cricket. His bowling figure was 98–35–179–2 in that match. Zimbabwe’s Ray Price comes second when he bowled 79 overs in a 2001 Test match against South Africa.

Phil Simmon’s bowling figures of 10-8-3-4 against Pakistan On December 17, 1992 at Sydney will forever think of as the best economical bowling spell of One day international cricket. Simmon’s record still stays in the record book as the most economical bowling in ODI, by bowlers who completed their quota of overs. Looking at current bowling restrictions in ODIs, the record looks like unbeatable.

This seems unbelievable when you attend a test match finished in exactly 5 hours and 53 minutes. South Africa batted first and was dismissed for 36 in the first innings. In reply Australia scored 153 and took a lead of 117 runs. In the second innings, South Africa was all out after making just 45 and fell to an innings defeat against Australia. Australia’s 153 remain as the smallest ever aggregate by a side in a victory. The Test lasted for five hours 53 minutes, which is the shortest duration.

Many players think that true success is being Bradman. Why? Is it because his record is the safest among all? Yes and, in addition to that, for his consistency. Many batsmen have come and gone and tried to make their mark in world cricket but no one has ever broken Don Bradman’s record of the highest batting average in Test cricket. Sir Donald Bradman had scored 6996 runs from 52 Tests at an average of 99.52. Nobody in Test cricket has an average of more than 70 after a reasonable career. He was bowled for a duck in his last innings on the bowling of Eric Hollies and if he had scored only a boundary in his last innings, then it would have taken his average to a hundred.

10. Time For 100 Hundreds And Most International Runs

A record that has stood tall for the last 19 years was created by Sri Lanka against India at Colombo (RPS) in 1997, when they scored 952 runs in an innings of a Test match. Sanath Jayasuriya scored 340 runs in Sri Lanka’s monumental effort. Since this Test, 847 Test matches have been played and the record is still not broken and we think that will be the case for the next century too. Who knows, right?

Cricket is not all about batsmen and bowlers. They say it is a team game and your team needs to have good fielders and a decent wicket-keeper to help bowlers to take wickets most of the time. Mark Boucher was the most successful wicket-keeper among all as he had 998 dismissals in his international career while playing for South Africa, ICC World XI and Africa XI.
Adam Gilchrist is at the next place with 905 dismissals but he has taken a retirement already, so that puts MS Dhoni, who is currently leading the wicket-keepers chart as far the dismissals are concerned, into the equation, as he has claimed 707 dismissals from 441 matches. But there are certain uncertainties going around his future and even if he plays for another four years, he will not break the record of Mark Boucher as he is playing for India in just two formats – ODIs and T20Is.

Test cricket is in an interesting phase. Changes are being made by International Cricket Council day in and day out to increase the popularity of test cricket. It is very safe to bet that Lara’s record of 400 runs will not be broken by anyone in near future as there are only thirty instances when batsmen have scored 300+ runs in an innings of a Test match. And out of those only Mahela Jayawardene, Matthew Hayden and Brian Lara himself crossed 370+ mark. Brian Lara scored 400 runs against England at St John’s by batting three days and, in an era when Test matches are finishing in just three days, while Mahela and Matthew had made 374 & 380 respectively. It is hard to think that Lara’s record will be broken by anyone.

A night watchman is someone who is sent in to bat early despite being a bowler in an attempt to frustrate the bowlers and prevent other batsmen from losing their wicket. However, some night watchmen have gone on to score big, including Australia’s Jason Gillespie, who made 201 not out vs Bangladesh in 2006.

I’m personally not interested in cricket, but it was an interesting article to read for sure!

Point no. 10 – An all-time favourite! Hands down!
Hats off to the God of cricket our nation has ever seen.

The epic ones, well-thought-out