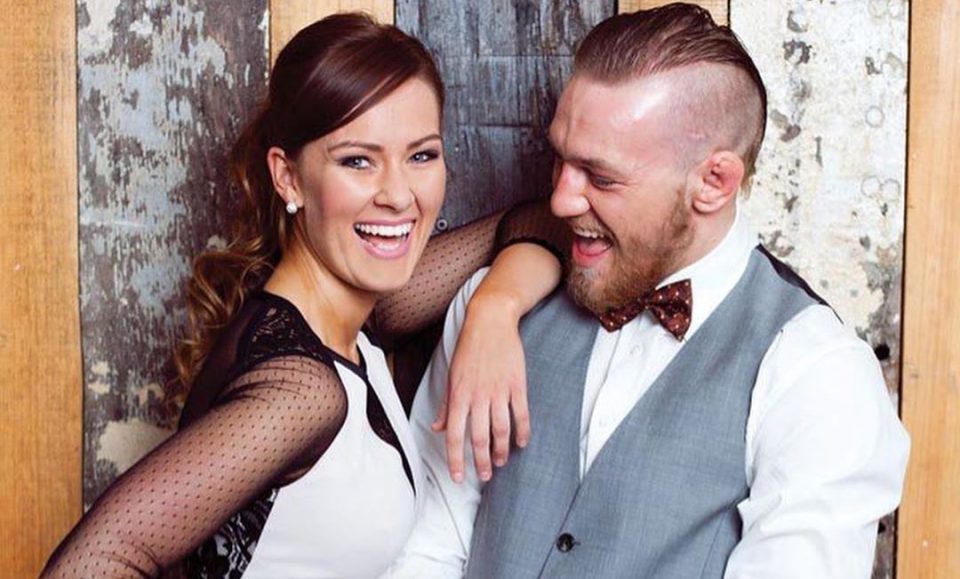 Breaking News is coming up and it’s the UFC champion Conor McGregor getting engaged to Dee Devlin. Conor, who is often termed as the Notorious MMA fighter has now been settled after a decade of love with his girlfriend. It’s been said that the couple is together for more than a decade of love and relationship. To be fair, it’s since 2008, that the couple is staying together and ever since then we all could see one person standing next to the ring for every match that McGregor has faced. It’s his long-term partner Dee Devlin.

In his own words, Conor has explained how much Dee Devlin means to him. However, this is not the only thing that we could notice. The only constant figure beside him during the toughest times was always Dee Devlin. Whether it’s an attic or a mansion, whether Conor is losing a sponsor, Dee Devlin is one such figure that has supported him throughout. Needless to say, she is Conor’s number one fan. Recently, they got engaged. But, it seems like we know very little about the special woman. So let’s go down and try to know a bit more about Dee Devlin.

Some Amazing and Unknown Facts about Dee Devlin

Dee Devlin hails from the same city as what Conor Does. Both of them took birth in Dublin, the capital of the Republic of Ireland. However, the interesting fact is that she is 1-year older than that of Conor. Dee was born on August 9, 1987, and spent her childhood in the city itself. She has two sisters Sarah and Cathy Devlin and grew up along with them. Like her profession, one of her sisters is now a model. While growing up, Dee was not the most studious child in school. Infact, she also made her statement that she was not much interested in studies. However, it was only at 15 when she opted to drop out of school. Here professional life also includes several job changes and most of the time and she would serve a restaurant as a waitress in Dublin.

Almost everyone now knows about how long they have been in a relationship over a decade. But when was the first time they both met each other? According to McGregor, he met Dee Devlin for the first time in 2008. Although the meeting was purely coincidental, it was in a nightclub where both of them barged into each other. Their short initial conversation turned with a spark and immediately they started to drag the Meetups a bit more. The next step was obviously on Social Media. They both claimed that they had the conversations long-going on multiple social platforms.

At that time, McGregor was no one but a simple plumber who had quit his job. It was so because Conor wanted to focus more on MMA and wished to take up the sport. After the initial few conversations, Dee issued a statement that he found Conor with a good sense of humour. Infact, he was also putting efforts into making her laugh and have a good time. On the other hand, Conor also felt the same and believed that Dee was a good woman to be with. But what attracted Dee the most was Conor’s dedication to reaching his goals. Probably, this is the reason why she always stood by Conor even in the toughest times.

Life with McGregor ‘The Notorious One’

It was evident that the initial days of their relationship was a major struggle. Probably this is the reason why Conor loved her so much. When they started to date each other, Dee Devlin moved into the same space. However, the financial struggle was the biggest concern. Conor was not doing many jobs back then and likely he was not earning much as well. However, it was Dee Devlin who kept the strings attached. She started to do extra shifts of work and took care of the financial needs so that McGregor could concentrate on his career. Soon it became a big problem for the upcoming debts and they moved into their parent’s attic to find a shelter. These were the toughest days of their relationship.

Success Came for Her

It is always rightly said that if you work hard enough, success will come by. Dee Devlin took up every responsibility of taking care of Conor and probably this is the reason why they are still going strong. However, this struggle continued for years till the time Conor won his first international flight. Immediately, he credited this victory to Dee Devlin and wished her to quit the job. According to Conor, it was now his turn and responsibility to take care of the lovely lady. She did the same but somehow, it was not keeping Dee Devlin happy to use Conor’s money and spend them. Instead, she started to save – the ideal wife thing!

It was not only about the job, but Conor wanted her to be beside him for every success that he makes. Surely, Dee Devlin deserves the credit for being with him. To get over with this phase, McGregor included Dee to his team and gave her the responsibility of managing the finance and also the training schedule. This allowed the couple to spend more time with each other and also go with him to the training sessions. This is what McGregor always wanted her to do and wished for. Devlin’s new career made things go even better for the couple as she used to work perfectly and always kept on encouraging Conor to give his best. The result we all know.

Being a wife of McGregor, managing her finances was never the only job she had on offer. Infact, it was much more than what we expect. Apart from just being a manager, she used to do almost everything for him including cooking, cleaning and every other thing that a wife would do for her husband. Indeed Conor is lucky to have such a beautiful partner for his life. For all these years, Devlin always knew what Conor was capable of and always supported him with his needs. As she would say, “If I could do a little help for him, I knew Conor would achieve his goals”. However, she still believes that it became harder for her to watch him getting in a tussle within the ring.

Devlin always plays out a big part for managing Conor’s businesses and she is one of the major reasons why he has been successful in this as well. After several years of hard work, Conor finally announced his retirement from the Octagon back on June 6, 2020.

She has Two Kids with Conor McGregor

It was a historic night when Conor announced that Dee Devlin was pregnant and was carrying their first child. The night was historic because it was the same time when Conor became the first MMA fighter to hold two championship belts at the same time. He announced the news on the same night. Dee Devlin and Conor gave birth to their first child Conor Jack McGregor Jr on May 5, 2017. After a year, they gave birth to their first daughter Croia McGregor on January 2, 2019.

Hobbies for Women- Defining Women in a Better and Beautiful Way!