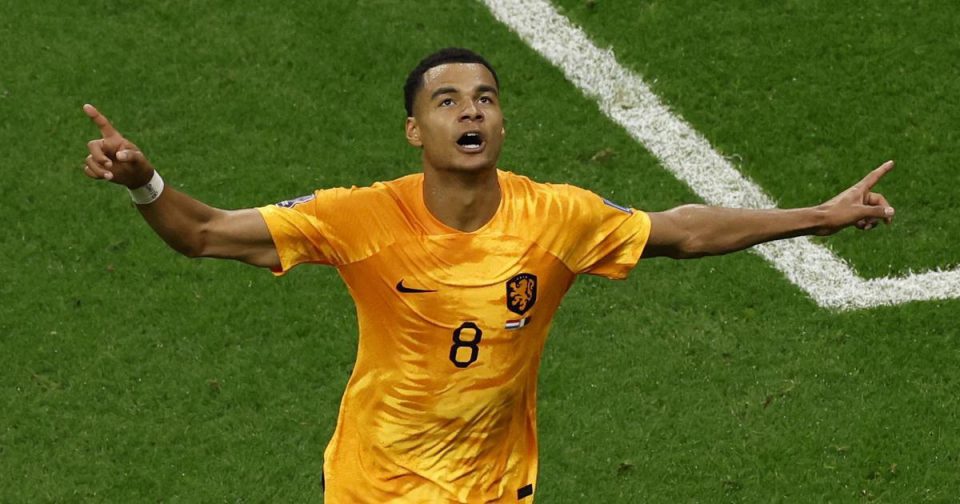 Cody Gakpo is a young Dutch left winger who rose to global fame after scoring three goals in his first three World Cup games for the Dutch squad. He scored against Senegal, Ecuador and Qatar. To round off such a complete performance, he scored one goal with his left foot, one with his right, and one with his head. The young sensation failed to score past the group stage as the Netherlands bowed out of the tournament with a quarter finals loss to eventual champions Argentina. However, he had raised enough interest in himself with his stellar performances and Europe’s big clubs couldn’t wait to get their hands on him. The young striker has agreed to join Liverpool FC and in this post, we will find out more about him. Let’s get started.

Cody Gakpo: All You Need To Know

He made his debut in professional football in 2016, on behalf of Jong PSV. As of 2018, Gakpo played in the PSV main squad. On 26 December 2022, PSV signed an agreement in principle with Liverpool for a mid-season transfer from Gakpo. Gakpo made his debut for the Netherlands national football team in 2021.

When was Cody Gakpo born?

Cody Gakpo was born on May 7th, 1999 in Eindhoven. His mother is Dutch while his father is Togolese.

How did Cody Gakpo start his football career?

Gakpo was admitted to the PSV youth academy in 2006, where he went through all youth teams from the F-jes.

He made his debut in professional football on November 4, 2016, in the Eerste Divisie. That day he lost 1–0 away against Helmond Sport with Jong PSV. He came on for Gökhan Kardes in the 54th minute. Gakpo made his unofficial debut in the PSV first team on 8 July 2017, in a 0–2 away friendly win against RKC Waalwijk. On January 19, 2018, he was given a starting place in Jong PSV for the first time and also scored his first goals with the seniors that day. He set up both his team’s first and third goals in a 2–3 league win away at De Graafschap.

Gakpo made his official debut in the PSV first team on February 25, 2018. He came on in the 92nd minute for Steven Bergwijn that day during a 1–3 away league win at Feyenoord. In June 2018, head coach Mark van Bommel, who had just been appointed, immediately transferred Gakpo to the selection of the PSV first team. Van Bommel previously worked with him at PSV–O19. On February 3, 2019, he scored his first goal in the Eredivisie, the third for the team during a 5-0 win at home against Fortuna Sittard. From the 2019/20 season, he was allowed to start regularly in the starting line-up. Gakpo started the 2022/2023 season again at PSV.

When was Cody Gakpo transferred to Liverpool FC?

In the evening of December 26, 2022, Liverpool and PSV Eindhoven reached an agreement in principle on the transfer of Gakpo. Liverpool is expected to pay somewhere between 35 to 45 million pounds to PSV for the young striker.

Gakpo was part of all Dutch national youth teams from the Netherlands under 18 wing.

Gakpo was part of the squad for the 2022 World Cup. He scored the Dutch opening goal in the group stage matches against Senegal , Ecuador and Qatar. He did this with his left leg, his right leg, and his head. Cody Gakpo is the first Dutch player ever to score three goals in his first three World Cup games. As a result, the Orange won the group stage in the group in which it was assigned. He sometimes played as a striker and sometimes in the number 10 position.

At the moment in history where they decide to stop, the Netherlands have been an inexhaustible source of stars for world football. From Johan Cruyff to Arjen Robben, passing through Patrick Kluivert and many more. In this Qatar 2022 World Cup, a new jewel appeared: Cody Gakpo , from PSV Eindhoven, who has already begun to respond with goals .

Louis Van Gaal’s team had a very difficult game against Senegal and it was only in the 84th minute that they were able to break the deadlock. A perfect cross from Frenkie de Jong and a scoring header from Gakpo anticipating a bad start from Mendy. In the match against Ecuador, Gakpo appeared again with a great goal thanks to a shot from outside the box.

As if there were no 2 without 3, in the last group game, the attacker reappeared: he made it 1-0 against Qatar. His World Cup ended in the quarterfinals, with the defeat on penalties against Argentina.

The forward of the Netherlands National Team Cody Gakpo became one of the revelations of the Qatar 2022 World Cup, where his team was eliminated by Argentina in the quarter finals, and aroused the interest of great teams such as Real Madrid of Spain and Manchester United of England.

Gakpo, scorer of three goals in the World Cup, is 23 years old and has great statistics in the season between the team and PSV Eindhoven: he played 33 games, scored 18 goals and provided 18 assists.

Gakpo was one of the main concerns for the defense of the Argentine team during the quarterfinals.

The attacker was key in the group stage, in which he scored the first goal for the Netherlands in duels with Senegal (2-0), Ecuador (1-1) and Qatar (2-0).

How tall is Cody Gakpo?

The 1.93 meter striker is an essential piece for coach Louis van Gaal, who usually uses him all over the attack front, without a fixed position.

Were clubs other than Liverpool interested in Cody Gakpo?

Gakpo had already aroused the interest of Manchester United before the World Cup, so his performance increased the chances of changing institutions from next year.

“I was close to leaving, I spoke to Erik ten Hag several times about Manchester United. In the end, the deal did not come to an end, which was a shame, for me and my development, because Manchester United is one of the biggest clubs. in the world”, said the young soccer player months ago.

The departure of Cristiano Ronaldo from the “Red Devils” opened a new door for him, but the English cast will not have it easy: Real Madrid also had its eyes on the Dutchman. However, the “merengues” signed young Brazilian phenom Endrick and it was Liverpool FC that jumped on Cody Gakpo and finalized a transfer deal with PSV Eindhoven.