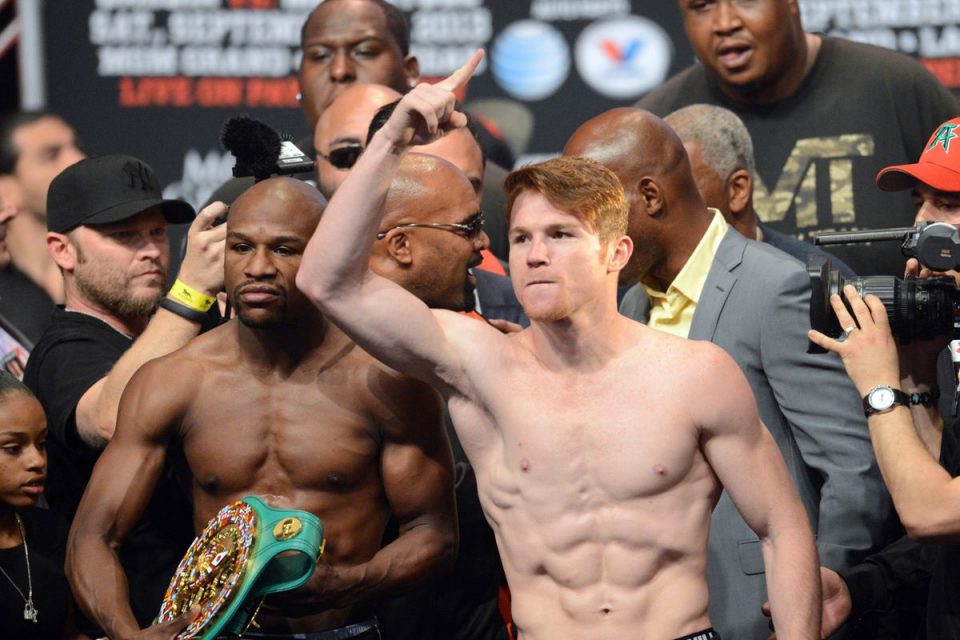 “My job is to train hard, fight, and give my best,” said one of the most prominent Mexican boxers. He is none other than Saúl Canelo Álvarez and here are 10 incredibly cool things about the boxer that you can read to show off to your friends!

On this list of 10 facts you didn’t know about Canelo Alvarez, we begin with his first job – selling popsicles and ice cream, but on his first day he did not get a single peso.

Because Canelo was born into a low-income family, he had to work from an early age to help his parents Mr Santos Álvarez Barragán and Miss Ana María Barragán Fernández with expenses.

Of all the brothers, Saul is the youngest and he was born as Saúl Álvarez on July 18, 1990 in San Agustín, Tlajomulco de Zúñiga, Guadalajara, Jalisco, Mexico.

Saul’s family moved to Juanacatlán when he was five years old and he didn’t like going to school in high school he used to skip classes.

Back to Canelo, he entered the ring for the first time as a professional on October 29, 2005 and since then never turned back. He defeated Abraham González and received 800 pesos (US$40) for the fight in October 2005 at the age of 15.

The nickname “Canelo” was given to him by his manager José “Chepo” Reynoso thanks to the iconic reddish color of his hair. At the age of 16 Canelo Alvarez began to have alcohol problems after the divorce of his parents, a stage that lasted until he was 18 years old.

In 2004, he won the silver medal at the National Youth Championship in Sinaloa and he also brought home the gold medal at the 2005 Youth Olympiad, held in Tuxtla Gutiérrez. This was of course the same year he made his professional debut on October 29, 2005, at the Chololo Larios Arena in Tonalá, Jalisco going head to head in a boxing match against Abraham González whom he defeated by technical knockout at the age of 15.

In the amateur stage he achieved a record of 44 wins (12 by KO) and suffered two losses.

5. His net worth is massive

Álvarez became the highest paid boxer on the planet in October 2018 and is a Mexican athlete who earns the most money annually as his net worth is estimated at $140 million while just his fights can earn him $32 million according to Forbes.

Let’s look at his most lucrative fights:

His fight at the MGM Grand Garden Arena in Las Vegas against Floyd Mayweather Jr. broke numerous records in advance. Mayweather was promised an unprecedented $41.5 million purse and more than $20 million in ticket sales, a record for a Nevada boxing match. The fight also became the highest-grossing pay-per-view fight of all time with approximately 2.2 million pay-per-view purchases and a turnover of around US$150 million. The fight according to Golden Boy Promotions was watched by an unprecedented 5.9 million television households broadcast on Mexican television by Televisa.

On May 4, 2019, Álvarez defended his WBC, WBA, The Ring, and lineal championship belts against IBF champion Daniel Jacobs in a middleweight unification fight at the T-Mobile Arena in Las Vegas, Nevada.

On November 2, 2019 at the MGM Grand Garden Arena in Las Vegas, Nevada, Canelo Álvarez defeated Sergey Kovalev in the 11th round, becoming champion in four divisions.

Canelo Álvarez earns his income not only from his fights, but the man from Guadalajara has several companies both in Mexico and in the United States. For example, he signed an agreement with the DAZN platform specialized in sports. Apparently, this platform had given its approval to the fight against Derevyanchenko, although Álvarez would give up 4.5 of the planned 27 million euros.

The Mexican has had a successful 17-year career and has positioned himself for several years as one of the best pound-for-pound boxers in the world and aims to become one of the best in the history of Mexican boxing.

So he challenged Floyd Mayweather to a long-awaited fight.

Unfortunately, the Guadalajara native and one of the most promising athletes of Mexican boxing, could not beat Floyd Mayweather and fell for the first time in his career on September 14, 2013. During the fight itself, Álvarez found no answer to his opponent’s speed and defense and lost his WBC and WBA titles by a loss on points.

Canelo Álvarez broke the record for the highest attendance at a boxing match during his win over Billy Joe Saunders. The Mexican drew 73,126 people to AT&T Stadium in Arlington, Texas but one of his greatest recognition was as the number 1 pound-for-pound boxer in the world by The Ring magazine in November 2019.

He was proclaimed super middleweight champion (WBC and WBA) on December 19, 2020, after defeating Callum Smith by unanimous decision. The Mexican made a formidable fight that counteracted the difference of 20 centimeters with his rival. Canelo Álvarez became the best pound-for-pound boxer with this win. Álvarez was crowned in a fourth-weight class after doing so earlier at super welterweight, middle, and light heavyweight.

Saúl fulfilled the predictions and on May 8, 2021, defeated the Englishman, Billy Joe Saunders, in the fight for the super middleweight title of the World Boxing Organization, becoming WBC, WBA, and WBO champion. It was in the eighth round when he landed a right uppercut straight to the cheekbone of Billy Joe, who decided not to come out in the ninth round, giving Álvarez the victory by technical knockout and thus achieving the 56th victory of his career.

Canelo defeated Caleb Plant by KO in the eleventh round on November 6, 2021, at the MGM Grand Garden Arena in Las Vegas (United States), becoming the unified super middleweight champion. The first Latino boxer to unify all the belts in a division and the seventh in history.

A fan of watches, he owns an excellent collection, including a Yacht-Master II and a Rolex Sky-Dweller, another one of his favorite brands is Hublot watches. Another thing Álvarez likes to spend on is his home: he owns an actual mansion in San Diego, California in 2013, valued at US$ 5.8 million, but it is not the only one he owns. A few months ago, the boxer showed for the first time his incredible residence in Guadalajara, Jalisco.

After his failed engagement to Marisol González, Álvarez married a decade later to Fernanda Gómez, in an event that took place in Guadalajara and featured guests such as J Balvin, Pepe Aguilar and Julión Álvarez, among others on May 22.

In terms of children, he has many from his different love interests:

He had his third daughter María Fernanda, with his girlfriend Fernanda Gómez and the girl was born when they were separated.

His son Saúl Adiel Álvarez was born nine months after the birth of María Fernanda, the result of his short relationship with the businesswoman Nelda Sepúlveda.

He is also the father of Emily Cinnamon, who was born when Álvarez was 17 with his teenage sweetheart Karen Beltrán;

Next, his second daughter, Mía Ener, was the result of a relationship with the model Valeria Quiroz.

Why Is Music Important To Us: Here’s How Your Brain Reacts To Music

Are There More People Playing at Online Casinos Now Than Ever Before?