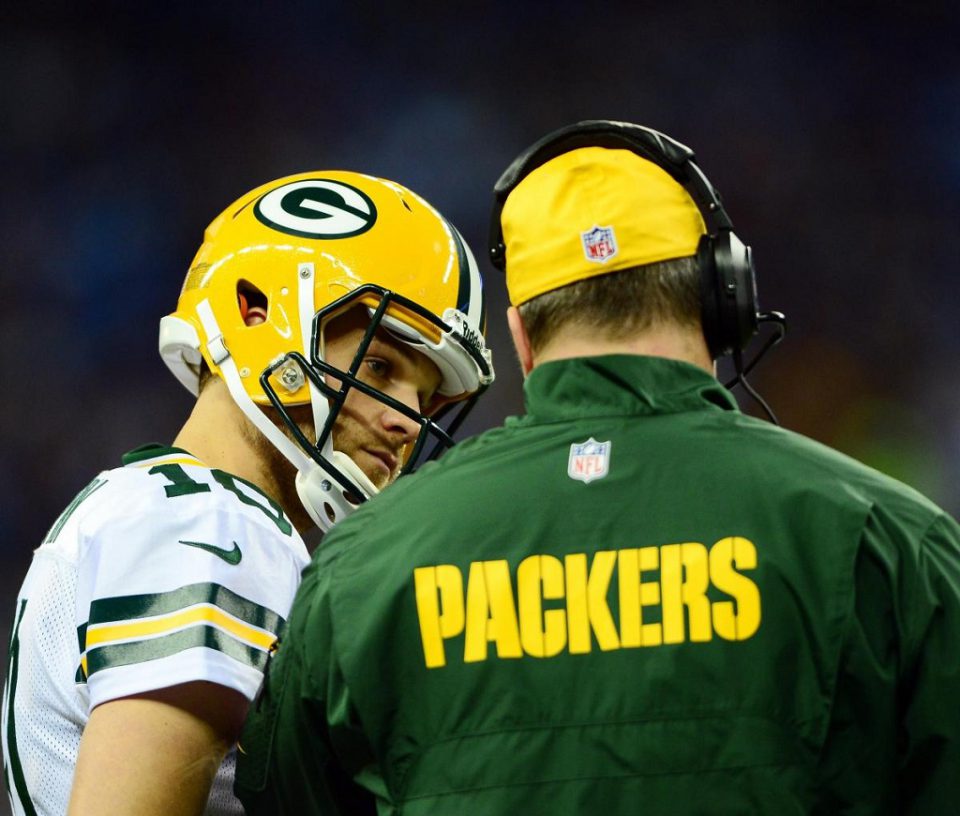 The Green Bay Packers were hammered by the New Orleans Saints in game one of the 2021 NFL season. The off-season of ill-will between Aaron Rodgers and the Packers appeared to seep into the first game of the campaign.

Rodgers was off the boil with his throws downfield, putting only three points on the board and throwing an uncharacteristic two interceptions. It was arguably the worst performance of Rodgers’ career, beginning the new season on the lowest of notes.

During the off-season, Rodgers made no secret of his desire to leave the Packers, with trade moves to the Denver Broncos mooted. However, general manager Brian Gutekunst insisted that the Packers had no intention of trading their superstar and eventually Rodgers appeared for training camp. In his press conference, the 38-year-old suggested that the issues were far from resolved, and it appears those feelings may have affected his display in the opener.

Despite their 38-3 hammering, the Packers remain one of the leading contenders for the Super Bowl, being backed at +1400 in the NFL odds to win the Vince Lombardi Trophy. Green Bay are a talented team that has reached two consecutive NFC Championship Games in a row, so they will always be in the reckoning in the NFL betting tips for the crown, even if they endured a sluggish start to the campaign.

There are plenty of teams that have had losing starts to the season and have gone on to win the Super Bowl. For example, the Saints beat the Tampa Bay Buccaneers in Tom Brady’s first start for the Bucs, and ironically beat them 38-3 on the road later in the campaign. It was all for nothing come the playoffs as Brady and the Buccaneers overwhelmed the Saints in the Divisional Round before beating the Packers in the Championship Game and then crushing the Kansas City Chiefs in their Super Bowl run.

Therefore, there’s no reason for the Packers to panic. To be fair to Rodgers, he portrayed a sense of calm in his post-game press conference that should filter down to the up-and-coming players in the locker room.

Having Rodgers on side is massive for the Packers’ hopes. If Matt LaFleur were to lose the heart and mind of his quarterback, only then would the season be truly over for the franchise. The discontent all stemmed from the Packers’ selection of Jordan Love in the first round of the 2020 Draft. Rodgers wasn’t pleased that Gutekunst opted to draft his heir apparent rather than immediate help for him on the field. Further transactions involving his receivers pushed the quarterback to breaking point.

For all the ill-will between the quarterback and the front office, there’s nothing either can do about it during the season other than replacing Rodgers as the starter with Love. It would be a bold move to replace the reigning MVP with a second-year player. Strong leadership is required from the players and the coaching staff to keep Green Bay on the level.

There are plenty of examples of that from title-winning teams. In the 2014 season, Brady was reportedly not happy about the Patriots’ selection of Jimmy Garoppolo in the second round. A poor start to the campaign put the pressure on the GOAT, which intensified after Garoppolo lead a touchdown drive in a defeat against the Kansas City Chiefs. Bill Belichick remained stoic in his belief, laughing off suggestions of replacing Brady. He was rewarded as Brady sparked a run to the Vince Lombardi Trophy, ending the Patriots’ ten-year Super Bowl drought.

The Packers are entering a crux period in the future of the organization. The decisions that they make now could define both short and long-term success with or without Rodgers.

Why Should You Buy A Velvet Sofa?

Essential Lifestyle Changes You Can Implement to Prevent Strokes