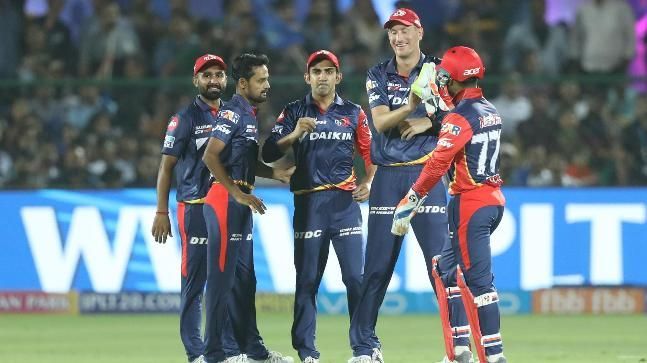 Cricket is an extraordinary game and it is also a very mercurial game. You cannot keep anyone out of the contest in cricket and this thing becomes almost undeniable when it comes to IPL. IPL was started in 2008 and it is one of the most loved tournaments around the world and this is all because of its heart throbbing matches and very close matches. Delhi Daredevils have never won the IPL but have played really good cricket in every department of the game in some seasons. In every season they lack something and this season they have started very poorly. They have won just one match and already have lost five. To remain alive in the tournament they need to step up and play with big heart in almost every match. So is a comeback for Delhi Daredevils on the cards? Yes, it is possible without an inkling of skepticism. Delhi daredevil is a strong team. In the past, a lot of teams have made unbelievable comebacks. Today we will lot at strong points of Delhi and those players because of whom we can expect Delhi Daredevils to make a comeback.

Delhi has got a strong batting lineup and they have got great foreign players. Colin Munro, Jason Roy, Glenn Maxwell are all part of their team. These are those players who can take the match away from the opposition in a smattering of overs. Jason Roy proved it in one match but otherwise all players are very quiet in the tournament until now. In order for Delhi to make a comeback one of these players and even two need to stand and deliver in big matches for Delhi. Every Delhi supporter is expecting them to fire. Delhi Daredevils need a good rotation policy when it comes to a foreign batsman.

Gambhir is one of the finest players ever played for India and records speak for him. In this year’s IPL he started with a bang but since then his Willow is silent. He is struggling against quick ones and the worst part is that he has given up the captaincy as well. Delhi will rely on Gambhir very much now because he can play really fine knocks and make silent even the biggest opposition crowds. So Gambhir is really a pivot for Delhi and team will revolve around him and his performances.

When I look at Delhi team and see Indian youngsters I feel really proud of the young talent present in India and how IPL has given them a great opportunity to showcase their cricketing skills. Delhi has got exceptional Indian youngsters like Prithvi Shaw, Shreyas Iyer, Rishabh pant and many more. These names I mentioned will one day make India proud in international tournaments and there is no doubt in any Indian cricket lover for this statements. Delhi can challenge for the trophy as well if these youngsters start to fire and Rishabh pant and Shreyas Iyer gave glimpses of their talent in few matches but in this crisis time, they need to stand up for their team and do something positive and really exceptional for their franchise. They need to deliver in almost each and every match.

I think Chris Morris has lost somewhere and that is not at all good for Delhi Daredevils. Last season Morris shone with both bat and ball for Delhi and this season also they need to come back and be resurrected and rejuvenate his team and show why Delhi is one of the best teams in IPL history and this needs to happen as soon as possible.

This is the question every Delhi supporter is asking. Delhi spinners have not done their homework this season and we saw how Nadeem and Amit Mishra went for plenty of runs in every match. Mishra was opted out of the team but very impatiently and logically I want to say that Delhi needs both Mishra and Nadeem to be on the team and play every match and take a lot of wickets. Nadeem has done that in the past and Mishra too has remained very handy for daredevils in the past.

You see how everything has gone wrong for Delhi this season and pacers have also only added to the grievous wounds of Delhi Daredevils. Avesh Khan has bowled well but Mohammed Shami has not performed as per expectations. Any team gets defined by its pace battery. Pacers are superstars of a team. Shami needs to perform well and Harshal Patel also needs to raise the standards as he is also now an experienced bowler. So every pacer needs to give their best.
Epitomizing we can say that only time will tell how things will turn for Delhi Daredevils. Delhi now has nothing to lose. They need to come stronger and they also now every
Delhi dweller is standing beside them and they need to perform for them also.

NBA Playoffs: Is it the end for Manu Ginobili as the Warriors end Spurs playoff run?

WHY WE THOUGHT BARCELONA COULD WIN THE TREBLE ?

It was one of my favorite team once!

Gambhir looks out of form.

Well now after Gambhir stepping down as the Captain, the road ahead looks tougher for DD. What do you think?