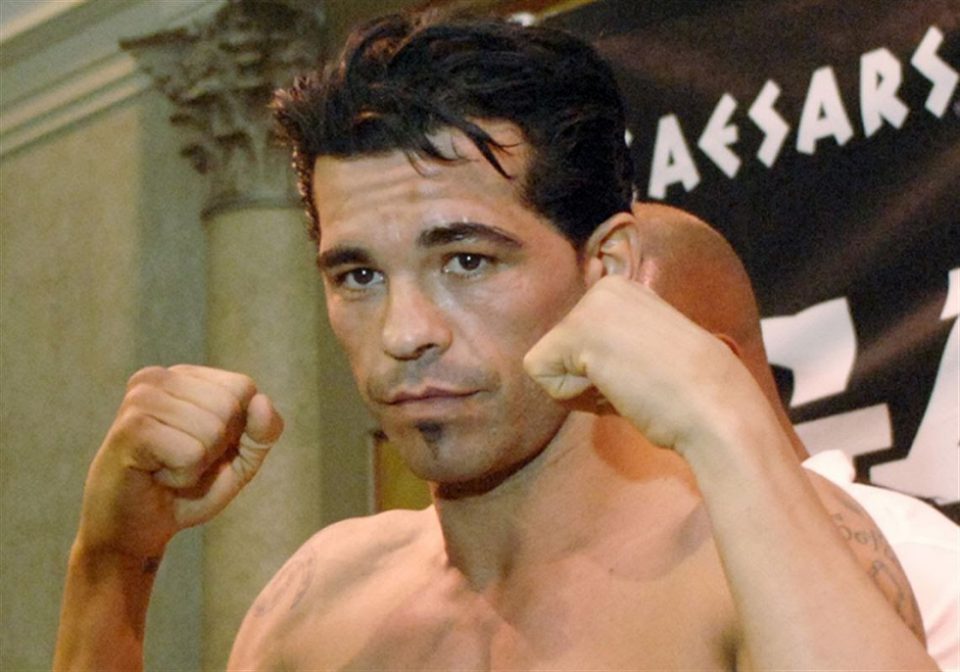 Arturo Gatti, a 37-year-old Canadian boxer who was born in Italy, made his name as a fighter based in New Jersey. Gatti cemented his reputation in his renowned trilogy of fights against “Irish” Micky Ward, losing the first fight but triumphing in the other two. Arturo was becoming a successful boxer, as he was a former International Boxing Federation (IBF) super-featherweight champion and World Boxing Council (WBC) light-welterweight title holder. Arturo Gatti retired in 2007 after suffering a knockout defeat by Alfonso Gomez, ending with a record of 40 wins and nine losses, 31 by knockout. He grew up in Montreal, Canada, after leaving Italy at an early age, and returned to the city of Montreal after his retirement. His death in 2009 was riddled in controversy, with his wife first being arrested for homicide and then released after an autopsy ruled that his death was by suicide.

Arturo Gatti: The Life and Death Of The Canadian Italian Boxer

Who is Arturo Gatti?

Arturo Gatti (born April 15, 1972 – died July 11, 2009) was an Italian-Canadian professional boxer who boxed from 1991 to 2007. Arturo was an aggressive, all-action fighter, often nicknamed as a Slugger. Early on in his career, Gatti showed his incredible punching power as he accumulated a large number of first-round knockouts. Even though he had the ability to outbox many opponents (as shown in the second Micky Ward fight) Gatti would often get into brawls when his opponents were able to take the power and fight back. This is precisely why  a lot of his fights against good opposition were slug-fests.

Backtracking to his early life, Gatti was born in Cassino, Italy, and raised in Lazio, a region of central western Italy, before moving to Montreal, Quebec, Canada. Gatti eventually came back and settled in Jersey City, New Jersey, USA as a teenager. He also relocated to Montreal after retiring from boxing to work in real estate.

Gatti had an incredible heart, and an iron chin, shown in the majority of his major fights. He had taken in an incredible amount of punishment and force from fighters such as Wilson Rodriguez, Gabriel Ruelas, Angel Manfredy, Floyd Mayweather, Ivan Robinson, Oscar De La Hoya, Micky Ward,  and Carlos Baldomir, none of whom could knock him out cold. In fact, during the Rodriguez bout, he showed off his recuperative abilities as he was close to being stopped under a barrage of shots and in the next round he stopped the boxer. Oscar De La Hoya, who faced many big punchers from 130 pounds to 160 pounds, stated that the Canadian Italian hit him the hardest out of any fighter.

A world champion in two weight classes, Arturo Gatti got the IBF junior lightweight title from 1995 to 1998, and the WBC super lightweight title from 2004 to 2005. He also participated in The Ring magazine’s Fight of the Year a total of four times (1997, 1998, 2002, and 2003). He announced his retirement on July 14, 2007. After his death in 2009 which was entwined in controversy, on December 10, 2012, Gatti was inducted into the International Boxing Hall of Fame in his first year of eligibility, becoming the tenth Canadian boxer to be so awarded so.

How did Arturo Gatti die?

Arturo Gatti was found dead in a rented condo in Brazil, where his family was vacationing.

On July 11, 2009, Artuto Gatti was found dead in a hotel in Ipojuca, Pernambuco, Brazil. He was on holiday with his Brazilian wife, Amanda Rodrigues and their 10-month-old son here.

The 37 years old was to attend his sister’s wedding the same day. Gatti’s widow was charged with first degree murder after the strap of her bag was found stained with blood. Rodrigues could not explain how she spent more than 10 hours in the hotel room without realising Gatti was dead. Gatti’s death initially had been investigated as a murder. When the boxer’s widow, Amanda Carina Barbosa Rodrigues, who had been arrested as a suspect, her lawyer argued that it “would have been impossible for her to suspend and hang a man of that size”. Later she was released from jail.

Police found strangulation marks on Gatti’s neck and a blood-stained purse strap at the scene. The public safety ministry of the northeastern Pernambuco state said investigators determined that Gatti hanged himself in a stairwell. According to one article, police official Paulo Alberes said Gatti used the purse strap to end his life.

Former boxing champion Acelino Freitas, who was a close friend of Gatti, commented that Gatti and Rodrigues were having problems and were about to separate. The Brazilian authorities initially declated that Gatti’s death was a homicide, but after the coroner’s autopsy report was released, they ruled it as a suicide, and his widow was alllowed to leave jail. On July 31, 2009, it was announced that the Canadian government would be seeking more information from the Brazilian authorities on Gatti’s death and one of the most important details came from Gatti’s family. They confirmed that there would be a second autopsy done in Quebec. On August 1, a pathologist hired by the Canadian Italian boxers family said Brazilian authorities overlooked bruises on Gatti’s body in the first autopsy. “There were definite injuries that had not been seen by Brazilian authorities,” Baden said.  Almost a year later, in March 2010, the circumstances concerning Gatti’s death remained unclear.

At the family’s request, a Quebec coroner agreed to exhume the body so that two pathologists could do a second autopsy. Coroner Jean Brochu said, “We’ve been waiting for this for a long time,” and “it’s going to take a while” before conclusions can be made, and released to the public. A shortage of staff at the coroner’s office was blamed for contributing to the delay of the investigation. Regarding a new toxicology report being prepared, Brochu quipped that it “may take a century to get the results.”

The Quebec coroner’s report came out in November 2011. Coroner Brochu agreed with prior conclusions that Gatti did in fact die from a violent death from asphyxia by neck constriction. He also noted that Gatti had carisoprodol, a muscle relaxant, in his system. He has also consumed alcohol. One certain toxicologist from Quebec retained by the coroner said the drug can produce withdrawal symptoms, such as anxiety, confusion and psychosis, not to mention that it was coupled with alcohol. The coroner also stated that “obvious presence of post-mortem lividity” indicated that the body had been suspended for some time before ending up on the floor.

Did you know that Gatti’s suicide came less than two weeks after another world champion boxer took his own life? On July 1, three-time world boxing champion Alexis Arguello, who was the mayor of the Nicaraguan capital of Managua, was found dead in his home from a gunshot wound to the chest. He was 57. A third boxer, former welterweight champion Vernon Forrest, died last week after being shot multiple times in a neighborhood southwest of downtown Atlanta, Georgia.

When did Arturo Gatti die?

How much was Arturo Gatti worth?

Arturo Gatti was a professional boxer who had a net worth of $4 million dollars. Born in Casino, Italy, Arturo Gatti grew up in Canada, and was in the process of training for the Canadian National Team in 1992, when he decided to go professional and change the course of his life.

Did Arturo Gatti have CTE?

CTE or Chronic Traumatic Encephalopathy is also known as dementia pugilistica. This is also called punch drunk syndrome, because of the frequency with which boxers (and a lot of NFL players) exhibit symptoms. Aaron Hernandez from the NFL had one of the worst cases of CTE. The late Canadian boxer Arturo Gatti had CTE which is very plausible as he commited suicide.

The boxer once gained fame for a trilogy of fights and victories and Arturo Gatti was even a part of the “Fight of the Century” as selected by boxing fans.

Different Types of Braids For You To Style Your Hair With