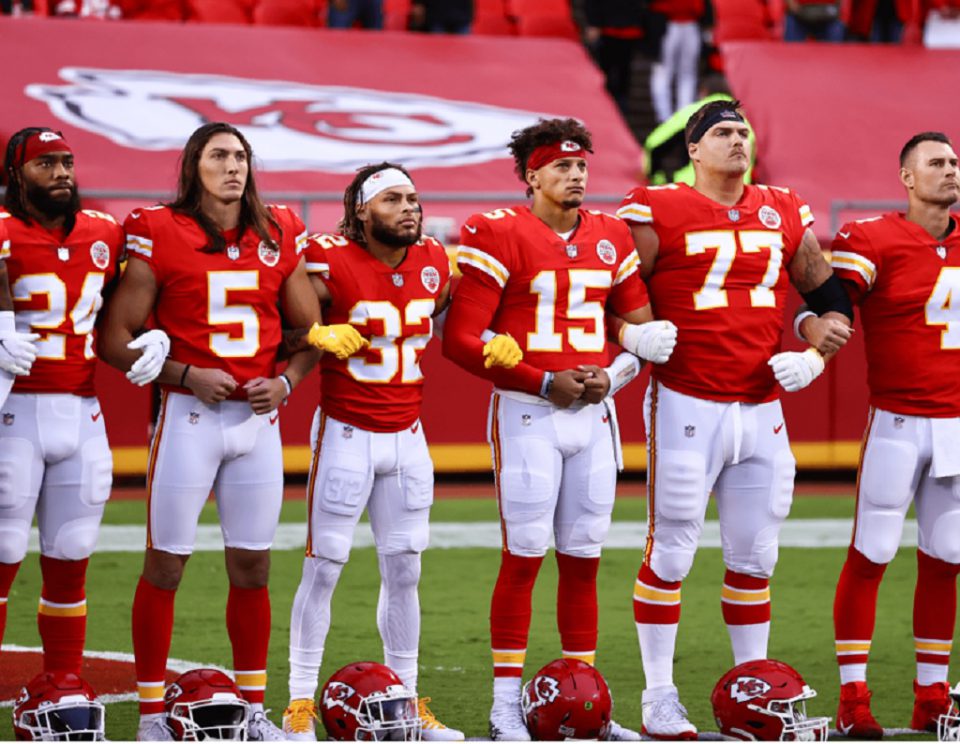 The Kansas City Chiefs were favored to win the Super Bowl last year and nothing has changed on that front, with the 2021/22 season having begun last week.

The Chiefs did lose Super Bowl 55 to the Tom Brady-led Tampa Buccaneers yet they remain favorites to repeat 2019’s feat as far as the bookmakers are concerned, and who could blame them? Kansas has the hottest quarterback in the game right now in Patrick Mahomes, who has been placed in an even better position to win following the team’s offseason moves.

The Bucs, though, aren’t very far behind after bringing all of their starters back and they’ve kicked the season off with a win, having beaten the Dallas Cowboys on Thursday.

Further down the line, a number of familiar names are in the fray. No other team has made quite a jump as the Bucs did after signing Brady and it’s quite unlikely another team will repeat such this season. The San Francisco 49ers were the only team that failed to make the playoffs last term who are in the current crop of favorites for the Super Bowl in 2022 and they had quite a lot of injuries to deal with. They’re pretty healthy now.

The Chiefs’ offensive line was also hobbled last season, leaving Mahomes exposed to the Bucs pass rushers during the championship game. The organization has brought in new faces to see to that not being the case this time around.

That said, let’s take a look at the top favorites for the coveted trophy.

As mentioned above, the Chiefs have fixed their offensive line problems, bringing in an entirely new one. And, should it remain mostly healthy, they’re very likely to head back to the Super Bowl. The team traded for Orlando Brown Jr., signed Joe Thuney, while Creed Humphrey and Trey Smith were acquired in the NFL Draft.

Lucas Niang is also back after opting out of playing due to COVID-19.

The offensive unit looked pretty good in pre-season and helped the Chiefs to a 33-29 win vs. the Cleveland Browns in Week 1. The Chiefs will face the Baltimore Ravens next and the NFL odds for the week have them as the 6/10 favorites to win.

They now have some good depth at their disposal in Mike Remmers, Kyle Long, Austin Blythe and Laurent Duvernay-Tardiff. The Chiefs certainly look primed for another run at a championship.

The Bucs would have always been in the mix after what they managed to accomplish last season. They’re the only other team boasting odds better than 12/1, and with good reason.

All 22 of the players who started the Super Bowl have returned and, given that they have another year to develop chemistry, they should dominate things out in the NFC, not least because they have Brady manning operations at the back. They have added Giovani Bernard to their offense as well and, while this may not seem significant, he will make them a better team.

They will also be helped by the New Orleans Saints having to get rid of good players to help solve their salary cap woes.

Head coach Bruce Arians has a complete team with depth as a luxury. And, though no other team has won consecutive Super Bowls since 2004 and 2005, they have the man who made it happen in their ranks.

The Rams have started the campaign with a bang, beating the Chicago Bears 34-14 on Sunday. Having won a playoff game with a less-than-ideal Jared Goff last season, one has to imagine they’re going to be near unplayable with Matthew Stafford.

The latter has been one of the more underrated QBs in the NFL. He has averaged 4,453 yards, 28 touchdowns, and 13 interceptions per 16 games every year since 2011 but, given he was on struggling Detroit teams, Stafford hasn’t been getting his flowers. The 33-year-old is now on a team with top receiver options such as Cooper Kupp and Robert Woods. Not to mention, he will be playing under Sean McVay.

His Rams debut was pretty remarkable and it wouldn’t shock anyone to see them make the Super Bowl with his throwing.

On the defensive end, L.A has a man who has won the Defensive Player of the Year Award in three of the last four seasons in Aaron Donald, as well as top defensive stars such as Jalen Ramsey and Darious Williams. While they have lost the likes of Troy Hill and John Johnson, they have the depth to augment the exits.

The Rams came close to winning the Super Bowl in 2019; they certainly have a squad that can challenge for it this term. They will have to get through a tough division but are great value at the odds noted above.