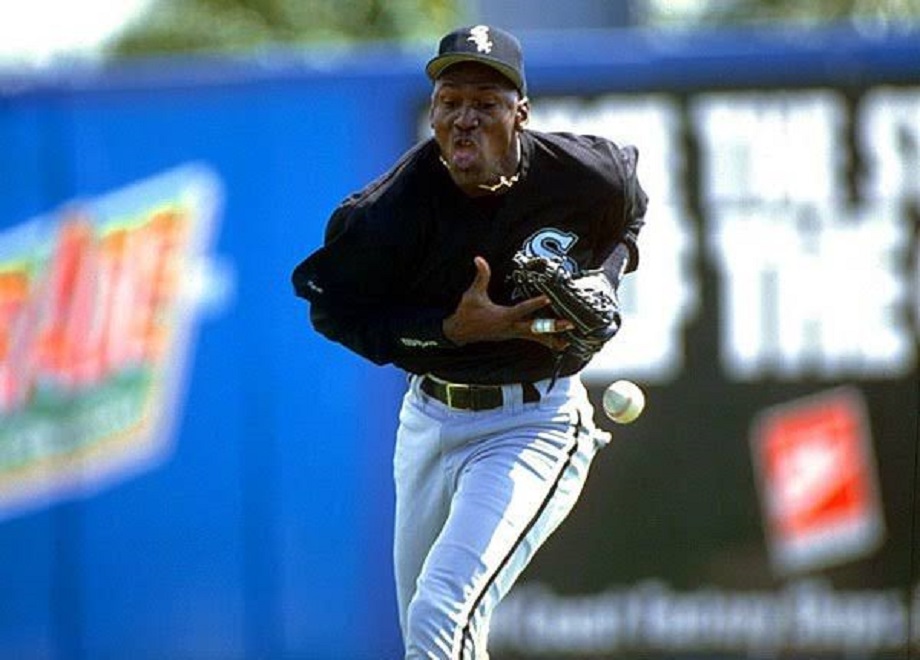 Superstar NFL Cornerback Deion Sanders was an above average Major League Baseball (MLB) player. Bo Jackson was an All Star in the MLB and a Pro Bowler in the NFL. These two players however, are more of an exception to the norm as most athletes who have dabbled in multiple sports, have ended up performing dreadfully in one of the two. The infamous LaVar Ball quote, Stay in Your Lane is perhaps the most practical suggestion for athletes who try multiple sports.  Today, we will take a look at 3 great athletes who failed at the second sport that they tried:

Chad ‘Ochocinco’ Johnson was one of the most exciting and entertaining wide receivers in the NFL during the 2000s. He was so eccentric that he legally added Ochocinco to his name (the Spanish name for his jersey number 85). During the 2011 NFL lockout, Johnson decided to try his hand at soccer (or football everywhere outside the USA), because he had played that sport in high school. His try out didn’t go very well and he wasn’t offered a full time contract. After the lockout ended, Ochocinco returned to play in the NFL.

Some people might not consider World Wrestling Entertainment (WWE) a sport. However, almost everyone who performs in the ring (or squared circle) is a supremely talented athlete. Choreographed violence can not be carried out by non athletic people.
Former superstar CM Punk is a great example of the fact that unless you are a freak of nature like Brock Lesnar, you should stick to what you are good at. Philip Jack Brooks, better known as CM Punk, was an accomplished and popular WWE superstar. Famous for his amazing promos or ‘pipebombs’ and as the founder of the Straight Edge Society, Punk won two WWE Championships and quit the WWE at the peak of his popularity in 2014.
He signed a multi fight deal with the UFC soon after that. This move was heavily criticised by fans and fighters alike as a fighter with no experience or training was being given a multi fight deal while experienced, fighters were being cut by money hungry Dana White. After two years of preparations and excuses, Punk fought an up and coming fighter during UFC 203 in September 2016. He lost within 3  minutes of the first round and it was alleged that Punk was paid $ 500,000 to lose in an amateur fashion.

Michael Jordan is the greatest basketball player to have ever played the game. Throughout his career, his ‘airness’ enthralled fans with some of the most exciting and scarcely believable plays in basketball. When it came to describing his greatness, journalists would usually run out of superlatives. After being drafted by the Chicago Bulls in 1984, Jordan dominated the league statistically and established himself as the best player in the game. However, championship glory eluded him as teams such as the Los Angeles Lakers, Boston Celtics and the Detroit Pistons proved too much for Jordan to handle singlehandedly. With the addition of Scottie Pippen via the 1987 draft, Jordan and the Chicago Bulls soon grew to form a dominant team which would go on to dominate the NBA during the 90s.
However, after defeating the Phoenix Suns in the 1993 NBA Finals for their third straight title, the Bulls suffered a major setback as Michael Jordan decided that he had lost his desire to play basketball as the competition wasn’t good enough for him. He retired from the sport and decided to fulfill his father’s dream of playing baseball. The transition was anything but smooth as baseball is a very difficult sport to learn and Jordan hadn’t played it since he was in high school.
Jordan tried playing for the Minor League team Birmingham Barons and in 1994, recorded a batting average of .202, hit three home runs and stole 30 bases. He did get a couple of hits in spring training with the Chicago White Sox, however, a .202 average is downright dreadful and just not good enough to make it to the major league.
Even though his famous work ethic was helping him improve at baseball, Jordan soon realized that he was the greatest player to have ever played basketball and it was about time he laced his basketball shoes back on and hit the hardwood. He returned during the 1994-95 season after shooting the hit movie, Space Jam. He wore number 45 for the season, played well but lost to the up and coming Orlando Magic in the playoffs. Next season, he went back to his more famous number (23) and went on to win three straight NBA Championships for the second time in his career.