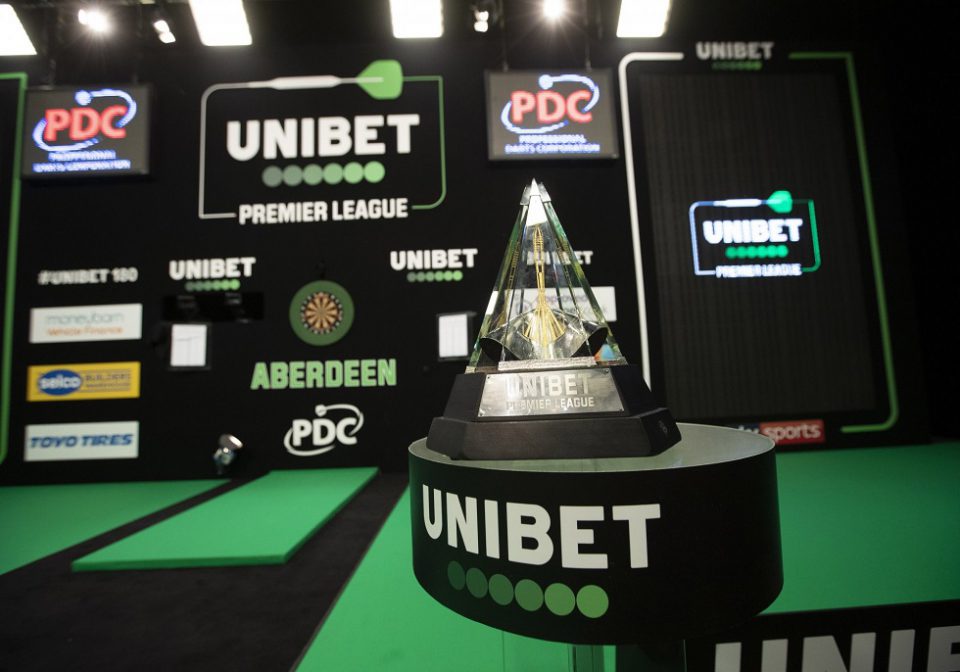 The 2021 Unibet Premier League Dots 2021 is a darts tournament that is organized by the Professional Darts Corporation. This will be the seventeenth time that the tournament has been held. It was originally set to begin on February 4th and end on May 27th, but it was delayed because of COVID. It will begin on April 5th of this year, and the first nine rounds will take place at the Marshall Arena in Milton Keynes.

In 2021, they will use the format used in 2018 with ten players competing. There are three phases. The first phase has each player playing five matches. There are no more than 12 legs, so the winner is the first to a seven or a six-six draw. The two bottom players are eliminated at the end of this round.

In the second phase, the eight players who are left play each other in four matches, and each one has no more than 14 legs. The winner is the first to eight or seven-seven draw. After this phase, the four players on the bottom will be eliminated.

In phase three, the last four players will start off in the knockout semi-finals. The top seed plays the 4th seed and the 2nd seed plays the 3rd. These semi finals are the first person to ten legs, and the two winners will play in the finals. They will play a best of 21, so the first to 11 legs wins.

History of the Premier League Dots

This darts tournament started in 2005, and it started with seven players. Now it has ten, and it draws the top players from the PDC circuit who compete in a double round robin format. They have matches across Europe, and it is currently sponsored by Unibet. Unibet IN is an online casino that allows you to bet on all kinds of sports, including the Premier League Dots.

This is a fan favorite and it draws the biggest names from all over the UK and Ireland. It is exciting to watch them go through the rounds and advance. Phil Taylor was the champion from 2005 through 2008, and again in 2010 and 2012. He is the most successful player in this tournament of all time, and he has won the trophy six times and been in the final round eight times. In addition, he was unbeaten for 44 games from 2005 to 2008.

The opening nine nights of the tournament will be from April 5 to 9 and April 19 to 22, and the bottom two players will be eliminated on the final night. The ten players include:

Unibet has the favorites listed with the following odds:

The odds will change as the start of the tournament approaches, but the current favorite is Michel van Gerwen at +225 odds.

How to Watch the Premier League Dots Tournament

Ticket holders for the 2020 event will automatically have tickets in the same seats for the 2021 event. The rest will be sold by the box offices at the different venues. You can also watch it on TV. It will be streamed online through the final night. The total prize money up for grabs is £825,000 pounds, with the winner taking £250,000 pounds home.

The Unibet Premier League Dots Tournament is an exciting event that fans wait for all year. The top ten players in the league come together to go through the tournament. This year, it begins on April 5th, and there are nine nights of the first phase of the event. At the end of this phase, two players will be eliminated, and eight will move to phase two.

Phase two will take place over seven nights, and these eight players will try to qualify for the semi-finals. Four will be eliminated, and there will be two teams of two in the semifinals followed by the Championship round. You can bet on the players at the Unibet site.