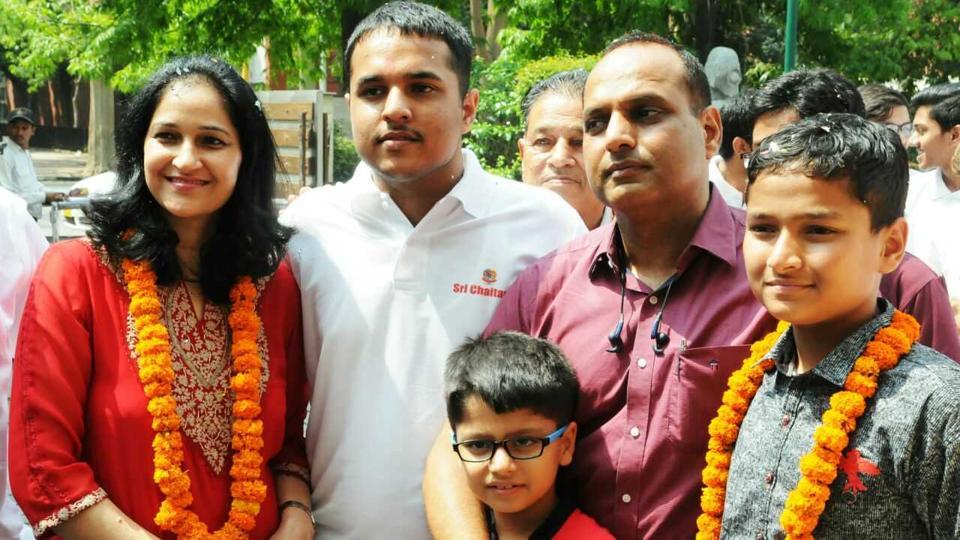 Pranav Goyal, 17, from Chandigarh topped the JEE Advanced 2018, the examination held for admission to the Indian Institutes of Technology, as he secured All India Rank (AIR) 1, scoring 337 out of 360 in the examination.
Sahil Jain from Bundi in Rajasthan ranked second in the examination. He topped in the IIT-Delhi zone, scoring 326 marks out of 360. Kailash Gupta from Delhi ranked third.
Meenal Parekh from Kota in Rajasthan is the topper among women. She ranked 6th, scoring 318 out of 360 in the examination.
He said “If you focus well, your study hours won’t really matter. So just stay focus, maintain balance and be calm. Have faith in your teachers and their guidance, and always ensure that your knowledge is conceptually sound. Solving previous year papers helped me a lot in getting an insight into the pattern of the examination. Pranav shared his success mantra as he used to study five hours every day and had devoted the entire year in studying for the JEE Advanced. He loves playing chess, watching television and watches the cartoon and read books so as to relieve stress.
He shared his future plans and said, “My next aim is to take admission in IIT-Mumbai. After that, I will pursue MBA and go for entrepreneurship. My father is my inspiration, my role model. He has supported me throughout my career. Following him, I too want to be a successful entrepreneur.”
Source : https://engineering.careers360.com/

The Human Bond on a Vikram Ride

Best Wishes to not just him but also to his family..

Commendable performances!
Hats off to their hard work! Best wishes.