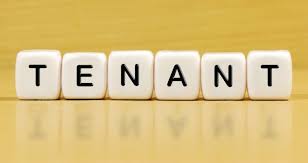 If you have moved to another city for work or education; want to rent a flat for yourself, are unmarried or a foreigner living in India, chances are that you have already been refused multiple accommodation options.
Why?
Because no residential society or landlord wants bachelors or foreigners as tenants! It is believed that bachelors or spinsters do now follow the rules of decency in a public space, cause trouble, pick fights, dress inappropriately, put pressure on common resources and amenities and indulge in immoral activities.
Whose fault is it?
Mostly the tenant’s! There have been multiple cases of rowdiness, late night arrivals, house parties, stayovers and the like that have caused nuisance to other residents of the area.
What problems do tenants face?
There are many students, working professionals or foreigners who do not indulge in smoking, drinking, have no criminal record and no prior show of indecent or immoral behaviour. Still, they are refused accommodation or have to vacate current place if the society so decides, brokers charge high fees from them and they often have to pay high rents compared to families, if they do manage to find a house. But if they don’t, where will they go?
Is it wrong to expect accommodation if you are not living with your family?
No. It is true that not everyone is alike and there is a big group of responsible adults who take their work, studies and daily schedule seriously and possess adequate civic sense. But it is because of certain unfortunate examples in the past, that most residential complexes and house owners themselves have barred bachelors from living in their apartments.

What does the law say about this?
One may go and look up in detail every Act in Indian Law pertaining to residential colonies, tenants and house-owners. But in a nutshell, the Constitution of India confers equal status to all citizens and any discrimination towards a person (potential tenant in this case) based on sex, caste, marital status is illegal. If this is done, the aggrieved can challenge such a decision in a court of law.
Also, renting out a flat is the sole discretion of a landlord. If he/she wishes to lease the house to students or foreigners after having the required police verification and all documents in place, societies cannot stop the owner.
Most housing societies create their own rules known as bye-laws in Special General Body Meetings. But these bye-laws do not have the status of a law and hence can be challenged.
So students should be given flats?
It is not for anybody to say what a house owner should or shouldn’t do. But surveys involving residents actually show that bachelors or students make good tenants (barring the exceptions). Residents believe that students are the first to help in an emergency situation; they often take care of local issues when house owners are not in the same city, they agree to pay higher rents as they share the flat with other roommates and can split the rent. Some residents claim they are forced to keep their flats empty if they don’t find families willing to accept their rental agreements only because the housing societies do not let bachelors stay and they have to also pay an additional non-occupancy charge. 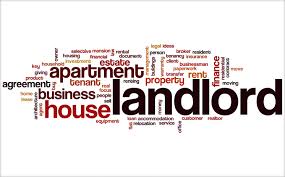 What is the solution?
Some students or foreigners may have once caused trouble due to which landlords are wary of renting out their property to bachelors and in turn a large population faces difficulties finding accommodation. This is a vicious cycle which can only be put to an end if there are conscious efforts from both sides.
First and foremost, tenants must realize their responsibilities and duties towards the landlord, apartment and fellow residents and act accordingly. If they don’t bother anybody, there will be no problems to complain about.
Secondly, house owners must have an open mind and not discriminate against any tenant based on other incidences. There are documents and procedures in place like police verification or bases of eviction which can be explained to the tenant and made use of if required.
The law in our country allows every citizen to live, study and work in any part of India except certain restricted or sensitive areas. There are many who are far from their own homes in search of better prospects. Nobody has the right to make their situation any tougher!

How to Donate for Child Education in India.

Hey! the same problems we face as a bachelors while go for renting a flat

That’s why this is something to be discussed.

Very Off the beat topic.. well written Sailee. Keep it up

Thank you so much

Keep it up.. Best wishes to you

Wish this scenario changes some day!
While reading this, I was reminded of so many similar instances which I faced as an unmarried young working woman.

Wish this scenario changes some day!
While reading this, I was reminded of so many similar instances which I faced as an unmarried young working woman.