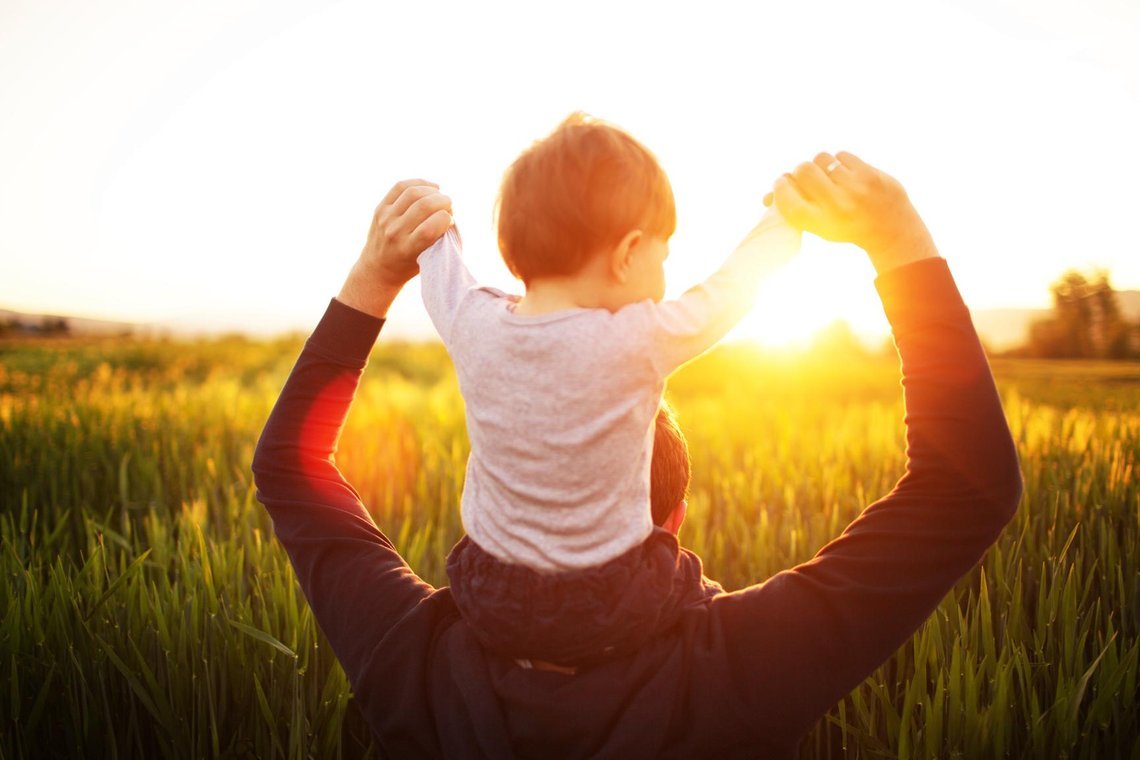 Fathers are the staple to mental and physical well-being of their children. The bond that ties a man and his child together stretches far beyond the rough-and-tumble play of childhood. They are efficient mentors and caretakers. When people talk about parental bonding with a newborn, we tend to imagine pictures of a mother with her baby.  There’s no doubt both father and mother bond with their young one in their own special ways. Even though moms continue to be the primary caregivers in many homes, psychologists believe that it’s important to have two involved parents bringing up a child whenever possible.
Studies prove that more involved a dad is, the more successful his children will turn out to be. Dads, for instance, love their children “more dangerously.” That’s because they play “rougher” and are more likely to encourage risk-taking. They provide kids with a broader diversity of social experiences. They also introduce them to a wider variety of methods of dealing with life.  A child’s achievements, social interaction, cognitive development, self-esteem and grade in the school can be determined by a father’s influence.
Father as a role model for different genders:
Girls: Once a wise man said ‘No one in this world can love a girl more than her father’. One of the most beautiful and special relationship is that of a father and a daughter. For most of them are daddy’s little angels. Father’s love is unconditional and selfless. A girl always sees her dad as her role model and dreams to have a spouse as caring and loving like him. But no matter even though a girl finds her prince charming her dad is going to remain the king of her life. A father is the merit under which she judges all men. He is the most protective man around you and wants to shield you from any harm.


Boy: When a baby begins to crawl he builds a separate active relationship with his dad. Mother nurtures the baby while father actively participates with the child and plays with him. A boy’s attachment with his father directly affects his development and strengths through the years. Without a father-son bonding your son may face social issues. Therefore a masculine guidance and influence is always needed on a son. It is rightly said strong father make strong sons. A son idolizes his father in almost everything- imitating his dressing, interaction, habits, likes, dislikes etc.

There is no doubt that mothers play an all-important leading role in the lives of their children. They are the obvious heroes of child rearing. Therefore a father’s influence lasts for a lifetime and they are usually considered the family protectors. Remember! Fatherhood is a gift, responsibility and prestige. So ensure you the make most of it.
previous post

What is a Penis Sleeve and What is It Used For?