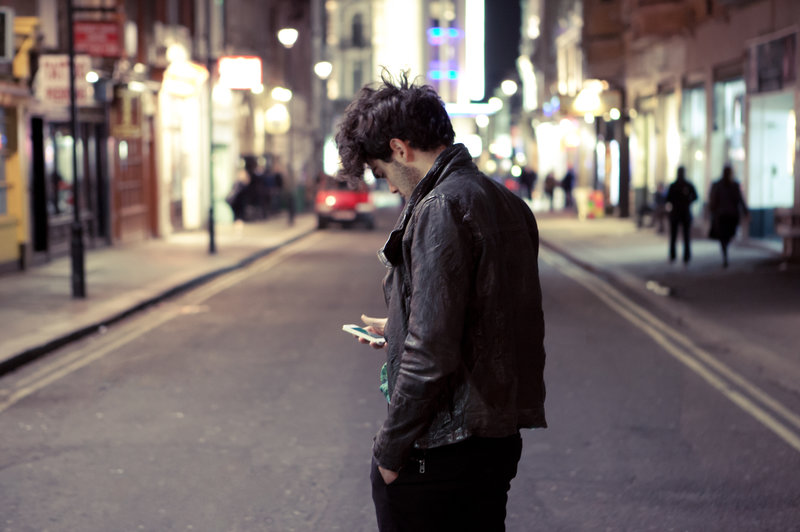 The world we live in, is made possible with the use of technology. Almost every single activity that we do, has technology’s imprints all over it. We can look at people on a small screen which fits into our pocket and hold conversations with them while they are thousands of miles away. We can buy groceries, clothes, and pay bills without ever seeing a single banknote. We can even manage our entire bank account without ever going to the bank. We can do every imaginable financial transaction at the palm of our hands. We can book flights, trains, buses and hotels without even moving out of our beds. All the things which needed people to interact with each other at one point of time, only need people to interact with machines now. All these incredible technological marvels have made our lives very convenient, but they have also made them very isolated. Despite being equipped with a million ways to communicate with each other, the people in today’s world are more alone than they have ever been.

How does Technology Make Us More Alone ?

Technological advancements in the field of personal communication have led to a world where people prefer to communicate through text messages and emojis rather than meeting in person. In fact, messaging services like WhatsApp have become so popular that a lot of people don’t even make calls over the phone and just communicate via text messages, leading to an even steeper drop in intimacy.

Another big drawback of technology is that people start becoming extremely dependent on it. A vast chunk of today’s population can’t go five minutes without checking Facebook, Instagram etc. Excessive time spent on social media sites also leads to people starting to compare their own lives with the lives of people who share things on social media. The numbers of friends, likes, followers etc., tends to determine people’s sense of self worth and if they don’t get as many likes as the next person on social media, they can suffer from serious self esteem issues. Clinical research has proven that people get a dopamine (the feel good hormone) surge when someone likes their posts on social media. An excessive usage of social media can create a drug type dependency among people. The urge to check social media every minute is so strong in some people that it has given birth to the term FOMO, or Fear Of Missing Out. This fear actually exists among people who grow paranoid when they are forced to stay away from their Facebook/Instagram/Twitter feed for more than 200 seconds. The urge to know what exactly is going on with everybody else’s life leads to a sad state of existence where people lose focus of their own life and relationships. This scene from the show Black Mirror is a great warning about what kind of future our social media addiction might lead to.

Constant use of technology erodes people’s social skills and makes it harder for them to interact with people in real life. Research has shown that people with more real-life friends tend to be happier than people who only interact with people online. A lot of people might believe that the relationships they build online are fulfilling and sufficient, but over time, the lack of physical interaction can lead to frustration and an eventual decline in the quality of the relationship. If we look through the windows of any car stuck in traffic, we can usually see all the passengers of the car glued to their phone screen and not interacting with each other even once.

When our mind is completely fixated on the screen, we tend to lose touch of reality and get immersed in a virtual world. While that might be very gratifying in the short term, it’s absolutely horrible in the long run as it tends to make people socially awkward. An addiction to technology, mainly smartphones, takes an immense toll on our natural capacity to connect with people. Using dating apps such as Tinder and Bumble are helping people form sexual relationships with ease. However, most people still can’t seem to fulfil the proverbial hole in their soul despite multiple sexual encounters with different people. This clever and hilarious sketch on the popular comedy show Family Guy is a great example of what can happen to people when they become addicted to online dating apps.

Make no mistake, technology is extremely useful and is a real boon in today’s world. Also, it is not going to go away since it has an incredible amount of benefits. However, the extent to which we let technology dominate our lives, is up to us. The world is a magical and wonderful place, and whether we want to see it through our eyes or through a screen, is a decision which rests solely upon our shoulders. Let’s choose reality people.

How to Avoid Camel Toe in Yoga Pants