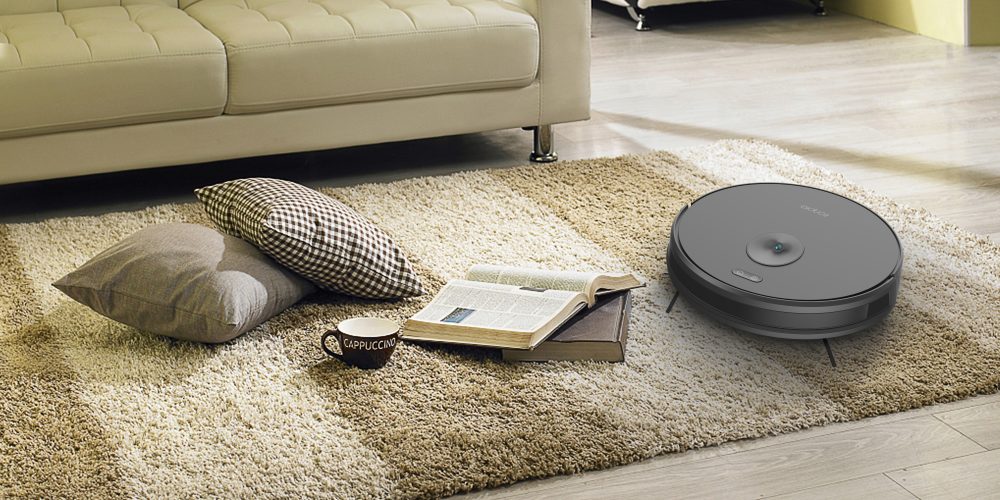 Everybody loves a clean house, but everybody hates cleaning. As technology has progressed, cleaning has become easier and easier, making our lives easier in the process.  The latest and perhaps the most radical step in that direction is the launch of numerous robot vacuum cleaners in the market. These marvels of technology are here to help you say goodbye to your most hated chore.

Perhaps no name is more synonymous with robot vacuums than Roomba, and the iRobot Roomba 980 Robot Vacuum is the most capable among the current iRobot line-up. Its clever visual localization based navigation helps it clean up entire house floors with ease. As far as suction power goes, this is the most powerful Roomba available.

The Roomba 980 robot vacuum can be controlled using a smartphone app which can toggle settings and schedule cleaning sessions. This Wi-Fi enabled robot vacuum can work for two hours on a single charge. The traditional Roomba three-stage cleaning system can deal with every obstacle in the path of cleaning up your house floor.

Incredibly powerful and incredibly smart, the Samsung POWERbot R7070 robot vacuum has the ability to adjust its suction power based on the floor surface it’s on. It achieves that with the help of its technology which separates dirt and debris in different chambers.

This robot vacuum also comes equipped with the latest mapping technology from Samsung, large wheels for going over small obstacles and incredibly and Amazon Alexa compatibility. This robot vacuum has a special treat for pet owners in the form of a self cleansing brush that automatically detangles itself from pet hair. Aside from controlling through Alexa, you can also control this robot vacuum through a smartphone app.

If you want a robot vacuum but are on a tight budget, the eufy BoostIQ RoboVac 11S Robot Vacuum by Anker is just for you. This robot vacuum is slim enough to slide under all kinds beds and furniture and clean up the toughest-to-reach dust. It can work for 100 minutes on a single charge. This smart robot vacuum automatically returns to its charging station once its battery runs out.

The iRobot Roomba 690 Robot Vacuum might not have some fancy options featured in high end robot vacuums but it makes up for that by being a complete all-rounder in the world of robot vacuums. It has a wide variety of features at an affordable price.

This robot vacuum’s three stage cleaning system can handle dust, hair and minor debris with ease. Edges and corners are cleaned by the side brush which comes with this robot vacuum . It also comes equipped with a ‘virtual wall’ technology which confines it to the rooms of your choice. What’s more, it even automatically docks after finishing its cleaning.

With just 60 dB of noise in normal mode, the LG Hom-Bot Turbo+ CR3465BB robot vacuum is the quietest among the ones mentioned here. Its smart mapping system can learn your floor layout and avoid the obstacles on the way.

This robot vacuum doesn’t just suck the dirt away, it even mops floors. Incredibly, if it’s interrupted during the cleaning process, it can resume from where it stopped. It cleans for 100 minutes on a single charge.

The laser mapping feature of the Neato Botvac D7 Connected robot vacuum makes it stand out among its peers. This technology is generally used in self-driving cars, and just like those cars, this robot vacuum can clean your floor, while also avoid obstacles, even when it’s dark.

Aside from the main brush, this robot vacuum’s side brush can clean even the tightest of corners with ease. It’s also good at picking up pet hair and works for 2 hours on a single charge.

This robot vacuum can store multiple floor plans and be programmed to stay within certain rooms without the need for physical barriers.

7 Heated Socks to Warm Your Sole During Winter