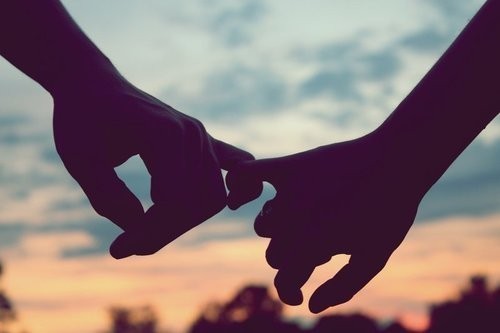 It was my first day in graduate school, and I stepped into the premises with loads of excitement. Few moments later, my eyes caught a glimpse of a tall guy, with unkempt hair and a flustered look writ on his face. A thought flashed through my mind – Yes! This was the same guy I’d met outside a coaching institute almost a year back. We didn’t even know each other’s names, and he had given a slam book to me, requesting to give it to another girl in my class. We didn’t speak a word more. I was quite bewildered at his confidence that I would get his work done. Neither did I pass on that book to the girl, nor did I see this guy after that. It was one of the weirdest experiences of my life back then. So, the memories were still vivid.

Now, after almost a year, there he was – right in front of me! I didn’t know how to react. I’m sure he didn’t want to see me there. He looked pretty embarrassed. As luck would have it, we were grouped into the same class – Section B, Roll Numbers – 92 and 97. Gradually, we started talking to each other and soon turned from classmates to friends. Hardly did we spend time alone with each other, but somehow we connected in a big way. With time, I observed the uncanny similarities in all our characteristics – we had the same favourites, spoke the same way, reacted to situations in a similar way! This clearly explained why we understood each other so well, even if we hardly spent time together.

Days passed by and we grew from friends to best friends!

Now we could shamelessly laugh at his first crush experience, for whom he’d given me that slam book in the coaching institute. By then, he already had a girlfriend and I was dating another guy. It’s not that we were not committed enough to the people we were dating at that point. And yes, we had a pact that we would never discuss about our respective relationships with each other. I had a strange belief that if we discussed relationship issues with each other, we would end up getting closer to each other at the cost of hurting our loved ones.

So, we gradually drifted apart, being convinced that wherever we are in our lives, we are happy and content.

A year later, I was going through a difficult phase, wherein I was subjected to an uncomfortable level of verbal abuse, because of the nagging insecurities of the guy I was with. I’d lost my respect for him then and there. Being a strong girl myself, it was quite unlikely of me to have tolerated that to such an extent and hence we broke up. Even though I always lent a ear patiently to all my friends’ life issues, I was very bad at expressing my own problems. I would just not let anybody know what’s seething within me.

I’d begun missing that best friend of mine – my confidante.

Coincidentally, he gave me a call that night. Just listening to the tone of my voice, he could make out that something was definitely amiss. Nobody had ever sensed that before. That one question from him – “What happened?” – was enough to break me down. I cried the whole night and poured my heart out, in front of him. He was there throughout, rock solid as ever.

That’s when I realised that HE’s always been my cocoon, no matter what.

Days later, I confessed my love for him – an unconditional platonic love with no expectations or demands. I hardly expected anything in return and let him decide. He felt exactly the same, but somehow could not muster the courage to accept the truth. He had other responsibilities back then. Finding me so vulnerable, he chose to distance himself from me and simply left. I was left all alone. I missed him for years. I kept waiting for him for years. We never talked after that.

Considering my unconditional feelings for him, I simply let him go!

Sometime later, I rose up to understand the real meaning of ‘unconditional love’ – love which is happy and content above all, love which loves without any terms, love which seeks for only happiness of a loved one. And this form of love is serene and definitely different from the passion of a romantic liaison. He made me much stronger and resilient to life. Today, I reminisce about our times together and have nothing to regret about. We still talk today once in a while, and still laugh about the uncanny similarity in our thought process. I’ll always wish happiness for him, wherever he is. I’m sure he does too!

Probably, there are certain people we meet in our lives, with whom we connect more than anyone else. We discover that it’s certainly not generic and we understand each other perfectly. And this person might not always be your ‘significant other’. It could be anyone – a friend, sibling or parent. For me, I found this unconditional love in my best friend at grad school.

Not All Relationships Are Meant to Last Forever

Thanks Shwetank! Glad to know that you enjoyed reading it. 🙂

U have written in so well Santwona. Hope many more ahead. God Luck

Thanks Jaideep! Means a lot, coming from a senior member like you.

Thanks Deepika! I’m glad that you enjoyed reading it.