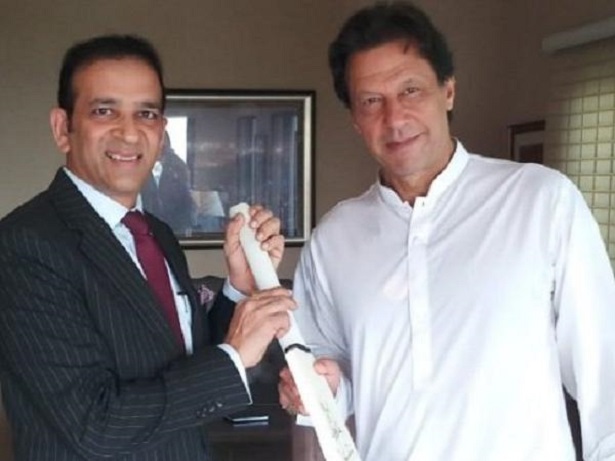 As per the new media reports, India’s high commissioner said that he is planning to call Pakistan Tehreek-e-Insaf leader, Imran Khan. Not only this, Imran Khan is the same person who is all set to swear in as a new prime minister of Pakistan next week. This news popped up once the TOI was confirmed by Pakistan that they have finally decided to meet this Friday.
Until now, Imran Khan has managed to meet envoys of Russia, Saudi Arabia, US, Iran, UAE, and the even UK. This news regarding the meeting of Imran Khan with India’s high commissioner is going to show how our government won’t shy away from engaging with Khan despite the speculations that he might end up toeing Pakistan army’s line on to India.
This also came to light that our Prime Minister Mr. Narendra Modi called Imran Khan to congratulate him and suggesting how they can tighten their bond and create a new era of a relationship between the two countries. No specifics have been mentioned regarding what Mr. Modi is planning. In fact, this has been said that Bisaria is soon going to outline India’s case for tougher action by Islamabad against India specific terror groups such as LeT and JeM. Not only this he will also outline how any such step of Pakistan can lead for more substantive engagement between the 2 countries.
When it comes to humanitarian issues, India and Pakistan are not so actively engaged, however, the government has responded positively to Pakistan’s decision on the release of Indian prisoners and fishermen on 13th August on the eve of Imran Khan’s swearing.
This doesn’t end here, in fact, this engagement that depicts the start of the comprehensive bilateral dialogue (CBD) announced in 2015 in the month of December, our government is expecting some progress on the Pathankot airbase attack case.
Bisaria is expecting to see Imran Khan at Bani Gala mansion today on Friday, 2018 where Mr. Khan is expected to address the issues through dialogue. The government states that it is almost certain that Mr. Khan will touch on the Kashmir issue, and they said they are prepared for that.
So, let us hope that this meeting ends on a good note and that the new beginning between the two countries can be marked here. Indian authorities have assured that they are all set for the meeting and are ready to welcome Imran Khan.