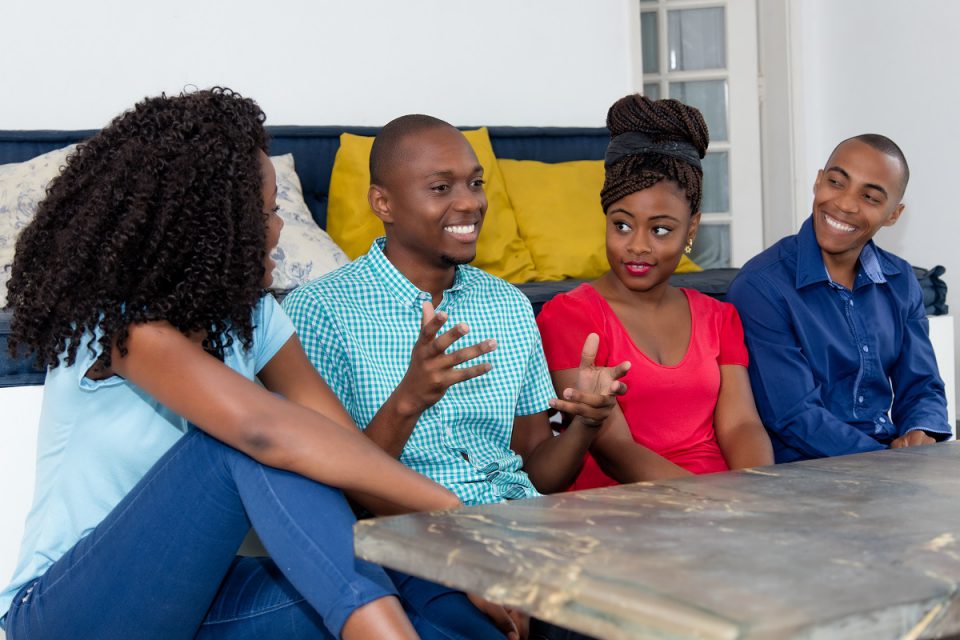 One of the best things about being with your friends is that you have plenty of things to talk about. You can talk about your favorite TV shows, movies, upcoming plans, funny stories, or controversial topics.

One of the controversial topics we discuss with friends is politics. Although some may want to avoid it as much as possible, it’s becoming difficult to do so since a lot has grown political these days. However, political conversations are a way for you to share your knowledge and educate your friends on the issues that matters to you.

These types of conversations may not be easy, as you may have different political views and stances. However, there’s a key to making a political conversation with your friends open and non-judgmental.

With the few tips below, you could keep your discussions light and turn it into a learning process.

When a conflict starts to escalate, it’s prone to becoming more personal. This makes it hard for each person to concentrate and express their opinions. Indeed, every person has different levels of tolerance for escalation. However, discussions should immediately be ended when one begins to raise their voice or personally attacks another.

Learning to listen can help you go a long way in any type of conversation. This is an important skill to learn, especially if you disagree with your friends about politics. Your friends can sense if you’re genuinely interested in what they have to say. Thus, it’s important to pay attention to what they’re saying. Try to understand where they’re coming from, but it doesn’t mean you immediately have to agree with their perspective.

You just have to learn more about their opinions, beliefs, and reasons for supporting particular candidates. Once you’ve acknowledged them and their perspective, they’re likely to do the same when you try to express your stance.

3. Ensure That You Know What You’re Talking About

One of the reasons why political discussions with your friends can get heated is because you don’t know what you’re talking about. It’s could be pretty embarrassing if your facts are proved to be wrong.

How can you expect your friends to listen to you if you don’t even know what you’re talking about? Before you jump into a political conversation with your friends that have opposite views, you should get your facts straight first.

Take some time to research, watch the news, or read the newspapers to keep up with current events. It will also help you get to know the politicians who are currently in the spotlight. If you have no idea where to start with your research, a great site to visit would be ThisNation.com. They provide accurate information about the latest political news.

4. Seek To Understand, Not Persuade Them

Most people assume that for a conversation to be successful, you have to get the other person to agree with your opinion. That’s a big no when it comes to having political conversations with your friends. There are some people who strongly push their perspective towards their listeners to persuade them, yet only result in a conflict.

Therefore, you have to understand that the goal here is to understand their perspective, not to persuade them to accept your views. When it comes to political conversations, it’s not just your opinion that matters. Keep in mind that political views are often associated with a person’s own understanding of their personal identity.

If you have a friend that thinks their identity fits with a particular concept, you can’t persuade that person. To maintain a meaningful political conversation, just seek to understand their opinions and don’t force them to agree with yours.

5. Set Some Guidelines For The Conversation

Things can easily get heated when discussing politics with friends. So, it’s best if you lay out some guidelines first before the conversation starts to avoid arguments. For instance, you could agree to take a break once the topic becomes heated and return to it once everybody has cooled down.

If you think that things are starting to escalate, remind everyone of the guidelines that you set beforehand. By doing so, you can prevent having to say something out of anger or frustration that could hurt the other person’s feelings.

It’s also a great idea to ask permission before sharing your views. Your friends may not be receptive to hearing new opinions, so it’s better to ask them first. Asking permission is essential so you won’t end up wasting your time talking about politics to friends who are not willing to listen. Additionally, doing so will make them more compelled to listen to what you have to say.

To avoid conflicts and arguments during the discussion, you should find a common ground. At the core of your discussion, you might be surprised that you actually care for the same things.

Start with a neutral statement so you can find a common ground easily. Most people actually care about the same things, such as good health, better education, and a strong economy. For instance, if you want to talk about educational reform, you can start the conversation by talking about the significance of education and then expand your ideas.

You may find that you both agree on what your country’s problems are facing right now although you have different solutions. You may even share the same hopes and aspirations for your country. Just think of anything that you think you and your friends would agree on.

8. Have A Beginner’s Mindset

Every time you step into a political discussion with your friends, just think of it like it was the first time you were learning of something—riding a skateboard, for instance. One mistake and the board will go flying under your feet, causing you to fall down in the most vulnerable way.

You don’t want that to happen when you talk politics with your friends, right? Thus, you should be gentle and humble and avoid making assumptions. Embrace a beginner’s mindset and pay attention to what others are saying about the topic even if you disagree with them. It’s also a good opportunity for you to learn something more.

9. Give Your Friends Affirmation

Another reason why conflicts arise during political conversations is that the parties involved may feel their thoughts and opinions are disrespected. As such, you need to always show respect to your friends every time they talk.

Reflect on what your friends have said by affirming their statements. Validate them by saying things such as ‘I appreciate your thoughts’ or ‘I can see where you’re coming from.’ Saying things like these will help your friends know that you value their perspectives.

The goal of a conversation is to exchange ideas. If you immediately set out to prove your friends wrong about their political views, it’s better to avoid a conversation with them. This might only lead to trouble.

It’s very disrespectful to just go in there and say that they are completely wrong. If you do so, you can end up getting hurt. As mentioned above, just listen to them even if you disagree with their views.

You also have to be patient. Each person has different political views, which means it could be inevitable for some to show hints of disagreement to your opinions. In this case, keeping yourself calm and composed could be key so that no conflict will arise. Just make use of the conversation as a way for you to grow and learn more.

It’s a good practice to show gratitude to your friends after a political conversation. Saying thank you is important, especially if your friend has opened up to you and shared their deeper beliefs and values. Appreciate their willingness to engage and share. Say thank you for anything that you heard or learned during the discussion.

By listening actively, showing respect, and keeping an open mind, you can have meaningful political conversations with your friends without any conflicts or arguments. If you’re familiar with the golden rule, it’s one way to summarize the key to achieving a light political conversation. ‘Treat others the way you want them to treat you.’

Indeed, you and your friends may not agree on all things but you also don’t have to persuade them. It’s already a healthy conversation to be capable of sharing your thoughts and agree to disagree, without arousing conflicts. Follow the tips above when having a political discussion with your friends, without burning any bridges.

How to Become a Highly-paid Freelance Content Writer in 2022?

10 Christmas Cocktails to Keep You Feeling Merry Throughout the Holidays