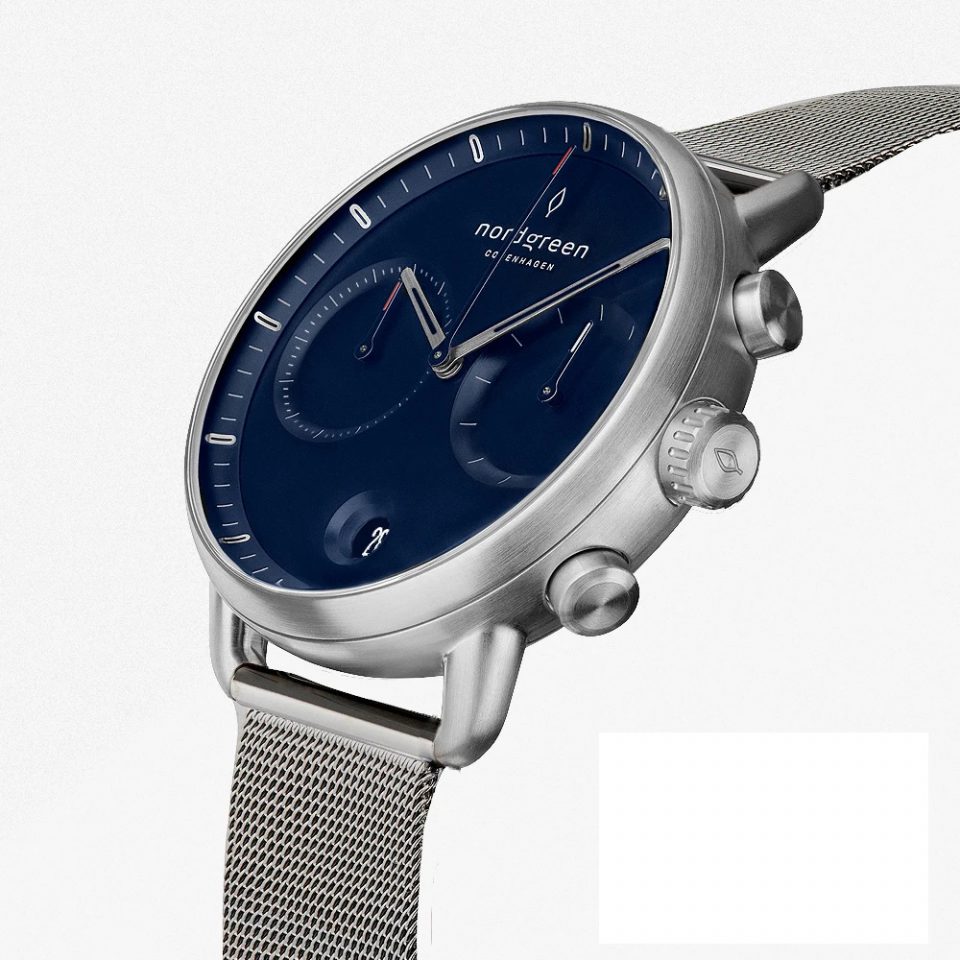 The first watches capable of indicating the duration of any given event were watches with independent second hands or dead second hands. Their invention is attributed to the Geneva watchmaker Jean Moïse Pouzait in 1776. On these watches which “beat the second”, the seconds hand could be stopped and restarted, but there was no reset. In 1788, Belgian watchmaker Hubert Sarton (1748-1828) presented the Liège emulation society with a “chronometrographic watch” which is considered as the precursor of the modern chronograph. John Arnold senior (1736-1799) and Louis Moinet (1768-1853), made counters capable of indicating 1 / 60th of a second. Louis Moinet called his counter, made around 1816, a “tierces counter”. It is a remarkable instrument since the central hand, which makes one revolution in one second, can be started, stopped and reset. But it is not a chronograph in the modern sense of the term since this counter does not tell the time.

Let’s find out more about chronographs

When was the term chronograph used for the first time?

The word “chronograph” was used later for the first time in watchmaking by Nicolas-Mathieu Rieussec (1781-1866), a clockmaker based in Paris, who created, and patented in 1821, a system for measuring short time durations, using a rotating dial surmounted by a fixed needle fitted with a small ink reservoir. The trace of ink left on the dial was used to determine the amount of time you wanted to measure.

Louis-Frédéric Perrelet (1781-1854), in 1827 designed a watch with two seconds hands: one of the hands could be stopped at will, and by pressing the push-piece a second time it took the place it would have had if it hadn’t stopped. It is the ancestor of modern split-seconds systems.

Around 1836, Joseph Thaddeus Winnerl (1799-1886) invented the chronograph heart, a heart-shaped cam allowing the seconds hand to be easily reset to zero4.

Finally, in 1861 Henri-Ferréol Piguet, working for the house Nicole & Capt in London, produced the first modern chronograph, a watch with an additional hand controlled by a single pusher allowing the start, stop and reset.

The chronograph mechanism can then be under the dial, therefore invisible when looking at the movement, or added to the bridges (known as “in sight”).

From the 1860s, the manufacture of the chronograph expanded rapidly, mainly in Switzerland.

It was first in the Vallée de Joux and in Geneva that high quality coins were produced, often in gold. Most often they were produced in the Vallée de Joux by specialized workshops such as those of Louis-Elisée Piguet8 in Le Brassus, Meylan-Truan & Fils in Sentier, or the company LeCoultre & Cie which, between 1870 and 1900 created no less than128 chronograph calibers.

The completed watches were marketed by the great houses of Geneva such as Golay Fils & Stahl, Benjamin Haas Jeune & Cie, etc. Some of these houses are still active today, such as Audemars, Piguet & Cie, Patek Philippe & Cie or Vacheron & Constantin.

Other countries’ contribution to chronographs

The manufacture of chronographs is also attested in Great Britain and in Germany, but it is especially in the United States that this production reached its largest scale. The American Waltham Watch Co. produced them as early as 1874, on the basis of the patents of the Swiss Henri-Alfred Lugrin, as did the Trenton Watch Co. circa 1891. The manufacture of inexpensive pocket chronographs continued in the twentieth century with the New England Watch Co, the New York Standard Watch Co., the Sterling Watch Co., and the New York Chronograph Watch Co. Finally, Hamilton also started producing remarkable pocket chronographs during the Second World War. Denmark’s Nordgreen has continued the tradition of all these great chronograph watchmakers today.

Use of chronographs in the Olympics

During the 1932 Summer Olympics in Los Angeles, Omega became the first official timekeeper of the event by providing 30 chronographs from the Lemania workshops. They allowed results to be measured to the nearest tenth of a second. At the 1948 Games in London, the photo finish camera was introduced; providing much greater precision than the human eye. At the 1952 Games in Helsinki, quartz and electronics were used, while the results were recorded to the hundredth of a second. At the 1960 Games in Rome, it was the last time that a final result was judged by a human eye. At the 1964 Games in Tokyo, the results were displayed on a panel in real time for the public. At the 1968 Games in Mexico City, the timing was stopped by the swimmer’s hand on a contact panel; the judges on the edge of the pool disappeared.

The single-pusher chronograph pusher allows you to start, then stop, and finally reset the chronograph hands.

The first pusher of the two-pusher chronograph is used to start and stop counting, while the second pusher is used to reset the hands to zero. It is thus possible, using the first push-button, to restart timing without resetting.

Electronic watches, whether with analog (hands) or digital (LCD) displays, can provide chronograph functions, in a very similar way to mechanical watches. The chronograph part can be produced in several forms:

We “plug” into the rotation of the second hand of the electronic movement to “motorize” the chronograph part.

the chronograph part has at least one electronic motor (Lavet motor) which drives the second hand. The counters are gear driven or have their own electric motor.

the chronograph part is entirely electronic and the measured times are then indicated on a digital display.

The operation resembles that of the mechanical split-seconds chronograph, but without an additional second hand. The motor takes many steps quickly to make up for the time.

The lap function is used for sports involving several passages at the same place (several laps).

A push-button allows, with a single press, to display the lap time while simultaneously restarting the timing of the following lap. Pressing the push-button again displays the elapsed time for the next lap. It is generally possible to know the total time (addition of the different laps) at the end of the race.

Many mythical chronographs are linked to the conquest of space. Most of the watches that have gone to space are actually chronographs. Although Yuri Gagarin, the first man in space, wore a simple Poljot watch on his wrist, most of the astronauts that went after him had chronographs. John Glenn was equipped with a Heuer counter, and Scott Carpenter with a Breitling Navitimer.

Alexeï Leonov wore a Strela chronograph during the first extravehicular outing in 1965. All the astronauts who took part in the conquest of the moon were equipped with the Omega Speedmaster Professional chronograph.

The first automatic watch in space was also a Seiko chronograph, worn by William Pogue in 1973.

With the advent of quartz watches, the chronographs officially used by astronauts have a hybrid display (analog and digital), like the Omega Speedmaster Skywalker X-33, qualified by NASA and ESA. Since 1994, Russian cosmonauts have carried Fortis chronographs.

Chronographs in sports and aviation

Tag Heuer produces chronographs intended for Formula 1 drivers, like the famous “Monaco”, as well as for airplane pilots, like the “Carrera” with its flyback function. Rolex with its Daytona models is aimed at car racing. Another example is the first automatic chronograph (1969), “El Primero” by Zenith. Its history is particular, since it made the glory of Maison Zenith, but that it could have disappeared during the watchmaking crisis of the years 75-85, if Charles Vermot had not hidden the plans and the means of production (stamps) in the attics of the office.

On the electronic watch side, 1988 saw the release of the 251 family of quartz chronographs from the ETA house. This family of watches associates each counting hand with its own electric motor. ETA caliber 251.272 (4 engines) and 251.262 (5 engines) have marked the history of ETA. Today, the Caliber 251 family still exists in more modern versions.