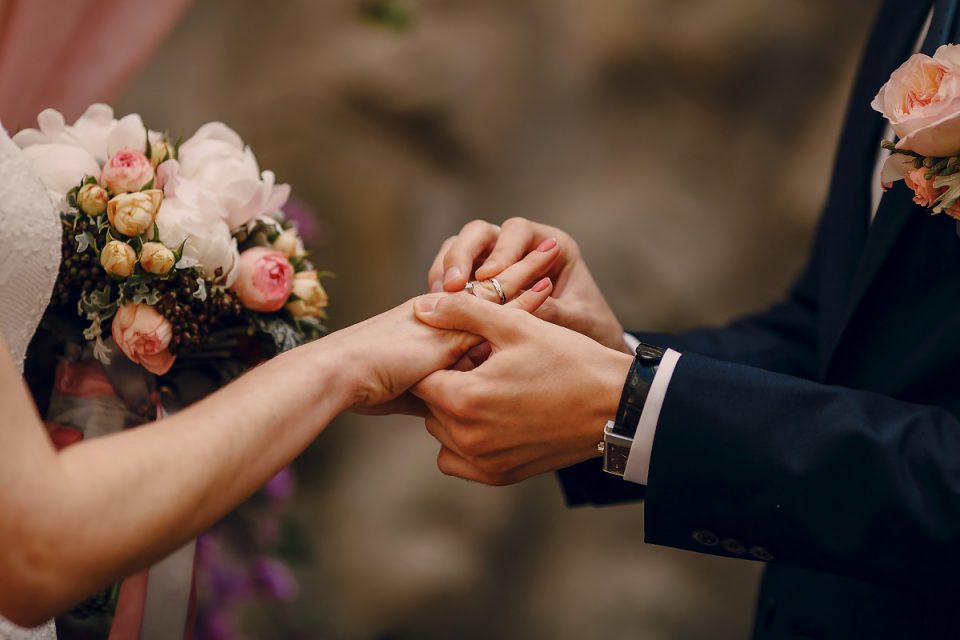 What we now consider to be a symbol of love may have originally only served as a mark of ownership in the fascinating history of engagement rings. Not quite passionate, is it? Fortunately, things have changed; therefore, it’s critical that you get a crash course in your new jewelry.

An Old Form of Ownership

Engagement rings have a long history that dates all the way back to ancient Rome, like so many of our modern traditions. Roman women wore rings made of ivory, flint, bone, copper, and iron “to represent a business deal or to express mutual love and loyalty,” according to the Gemological Institute of America (GIA).

Later, gold rings and other jewelry were discovered among the remains of Pompeii, demonstrating that the bright metal had been popular at the time.

A Mark of Matrimony

According to the Cape Town Diamond Museum, Mary of Burgundy was proposed to by Archduke Maximilian of Austria in 1477, the first-time diamonds were seen on an engagement ring.

The Archduke wasn’t exactly a trendsetter, despite being the first to propose with a diamond ring. In reality, it wasn’t until 1947 that diamond engagement rings really took off, thanks to an advertising campaign by De Beers, a British business that mined diamonds in South Africa.

Diamond engagement rings gained enormous popularity thanks to Hollywood celebrities and the catchphrase “A diamond is forever.”

Significant design trends over the years

Emerald-cut stones went in and out of vogue throughout the 1920s. Additionally, there were wedding bands with diamond halo accents, which perfectly captured the Art Deco style.

Roman ladies who cared about their appearance were frequently given two rings on their wedding day: a gold one to be worn in public to demonstrate their social standing and an iron one to be worn every day in the home.

Wedding bands stood for both eternal love and a man’s ownership of his wife.

Mary of Burgundy received a betrothal ring from the Archduke Maximillian of Austria in 1477 in Vienna, marking their engagement. Since others in the royal court were persuaded to do the same, this is regarded as the prototype for all upcoming engagement rings.

The custom of engagement rings quickly spread throughout Europe as the wealthy traveled.

Gimmal rings were presented as gifts during the Enlightenment era to represent love. Gimmal rings are two or three hoop rings that, when worn together, form a single, finished ring. The designs on the rings frequently depict joined hands, signifying the marriage of two people.

Between the 15th and 17th centuries, poetry rings—made of gold with a brief inscription, typically from courting tales or chapbooks—were common in England. The message was concealed when the ring was worn, emphasizing the romance of the object and giving wearers the impression that they were holding something private.

In Victorian times, engagement rings were still regarded as belonging to the affluent. The industrial revolution and the discovery of diamond mines produced the ideal conditions for the manufacture of jewelry. Diamonds were discovered in South Africa in 1866.

Five years after they were discovered, in 1867, South African mines were producing more than one million carats of diamonds annually. Simple engagement rings were the most typical means to announce an engagement, possibly as a result of the marital culture in the Victorian era, when dowries were a regular method of securing an engagement.

Prior to being switched to the left hand during the wedding ceremony, they were frequently worn on the right hand.

After World War One, diamond engagement rings lost some of their appeal in the USA, and the Great Depression made them less relevant to the general public. Diamond prices plummeted, and the younger generation of adults didn’t like them.

An advertising campaign with the catchphrase “A diamond is everlasting” was launched by the diamond mining corporation De Beers in 1939. Engagement rings became the most popular jewelry line in many department shops throughout the world in the early 1940s thanks to the success of the campaign.

The market was once more booming. The engagement ring served a similar function to the dowries of centuries past because of how men and women relate to one another and because of modern gender stereotypes.

In the UK, the Breach of Promise law allowed women to sue men for dissolving their marriages up to 1970, however, women were free to remarry without facing repercussions. Women from the middle and high classes would not have worked during the majority of the 20th century.

Working-class women frequently had to give up their jobs in order to start a family. An engagement or marriage that failed could leave a woman in ruin. Women would then be able to keep the engagement ring and sell it to get money to support themselves while their reputation was repaired.

The culture of involvement has changed substantially since the turn of the century, in part as a result of recent changes to the rules governing same-sex marriage. It will be interesting to observe if new traditions develop between same-sex couples given the history of engagement has been shaped by the relationship between a man and a woman.

There are two types of proposals: the surprise proposal and the planned proposal, as most marriages today, are love matches rather than forced unions.

With custom engagement rings and customized wedding rings that capture the individuality of their relationship becoming more and more popular, a trend that is just starting to take off is based on the idea that every relationship is different.

8 Gift Ideas For An Adventurous Partner

6 Beautiful Locations To Consider For A Small Intimate Wedding

Tips for Starting a Healthy Lifestyle