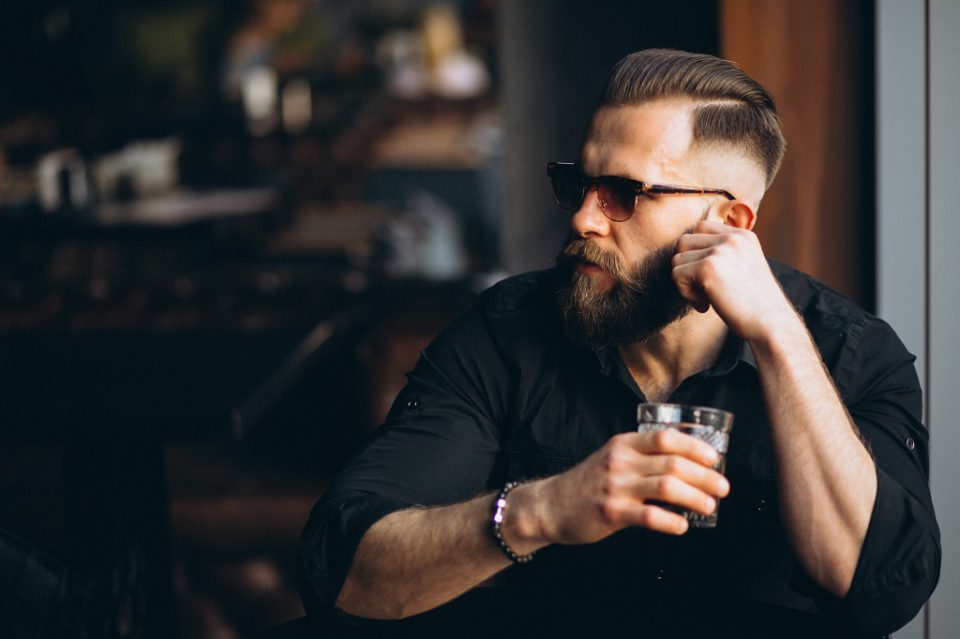 You might love a brunch outing with mimosas, a beer at lunch, or a glass of wine at dinner, but these small indulgences just might spell death by a thousand cuts for your wellbeing. Alcohol affects the whole body, and daily drinking can cause serious health problems if it turns into alcohol abuse.

The symptoms of cirrhosis include fatigue, decreased appetite, nausea and vomiting, and unexpected weight loss. As cirrhosis worsens, patients develop more severe symptoms. These include:

If you’re exhibiting any of the above symptoms or you’re concerned about your liver health in general, make an appointment with your doctor to discuss your concerns.

You may not be drinking at night, but that doesn’t mean you won’t be pulling an all-nighter. Because alcohol is a diuretic, many people who drink during the day find themselves waking to use the restroom at night. People who drink regularly also have problems staying asleep, as alcohol encourages sleepiness but blocks deep-cycle, REM sleep.

It upsets the stomach

The acids in alcohol can cause problems in the gastrointestinal tract. Because it irritates the stomach lining, many people have diarrhea after lunch at the bar. The artificial sweeteners in adult beverages can also upset the stomach. Binge drinkers often end up destroying their beneficial gut bacteria so that only harmful strains are left.

Because the body is not designed to store alcohol, it begins metabolizing the beverages before other nutrients. The liver has to work overtime while other systems slow down to compensate.

Researchers found that alcohol can trigger migraines and headaches. Rather than drinking away the pain, people with headaches should avoid drinking altogether. Alcohol-related migraines happen within a few hours of drinking or the next day in a hangover.

While researchers are still studying why alcohol exacerbates migraines, the consensus is that histamines and sulfites in wine and other alcoholic beverages are at the root of the problem.

It encourages memory and cognitive problems

Day drinking and alcohol abuse can encourage cognitive problems. In a 2017 study, researchers found that after three drinks, people begin to have memory problems. As alcoholism takes time to develop, it is easy to see how prolonged alcohol abuse negatively affects thinking and memory.

Some people will even develop a problem called Wernicke-Korsakoff syndrome, where alcohol crosses the blood-brain barrier and creates a toxic environment for the neurons that help with memory recall.

It weakens the immune system

People who drink frequently tend to catch more diseases. Alcohol weakens the immune system, so the body succumbs to infection more rapidly. The immune system and the liver are connected, as the liver helps thin and clot the blood.

Drinking too much alcohol forces the body to make more blood platelets, which form more clots. Since alcohol affects healthy gut bacteria, it reduces that bacteria’s ability to support the immune system.

It affects the mood

Alcohol negatively affects the brain and its mood centers. It changes the way the body develops and releases serotonin and endorphins, altering how people experience happiness and joy. Someone might feel good while drinking, but once they stop, the sudden drop in those chemicals can increase feelings of depression and anxiety.

Being overweight affects the body in other ways. For example, many overweight people struggle with sleeping through the night. Overweight people can also develop fat around their livers, which presents with symptoms similar to cirrhosis.

Alcohol abuse and day drinking create many interconnected health problems. Having an adult beverage with lunch or winding down each day with a glass of wine might seem harmless. But over time, the effects of drinking alcohol wreak havoc on several systems in the body, including the endocrine, nervous, digestive, and circulatory systems.

Rather than succumbing to the immediate happiness of drinking alcoholic beverages, consider what the long-term effects can do to the body. Consider ordering water next time you go out with friends.

10 Tips to Protect and Repair Your Hair & Skin From Humidity