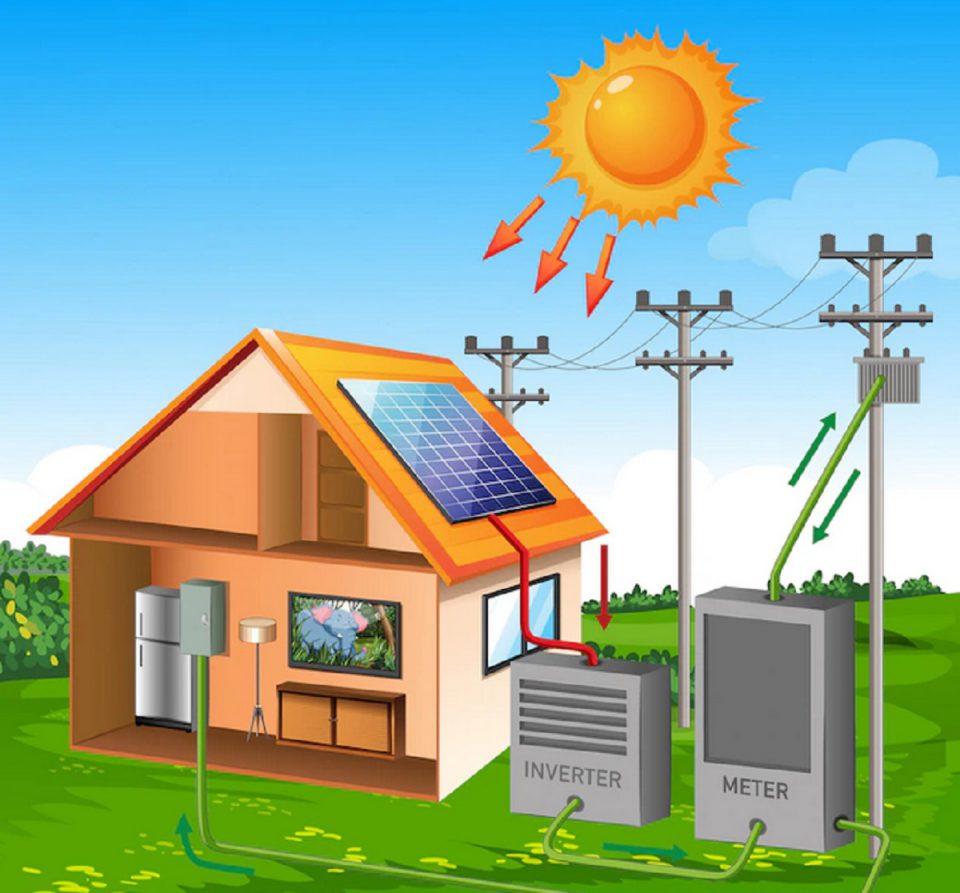 The energy and climate policy goals require a fundamental restructuring of the energy and power system solutions which affects almost all areas of the economy. Let’s take a closer look,

A Clean And Green Future

An energy scenario describes a possible future development of the energy system. However, energy scenarios are not forecasts of future developments. A reliable prognosis would also not be possible. Given the long time horizon of energy scenarios that examine the period up to 2050, there are significant uncertainties. In addition to the political framework, this also applies to technological and economic development. Who would’ve guessed 20 years ago how inexpensive photovoltaic systems would become? In the energy system in particular, where dynamic technological developments and innovations are taking place as part of the energy transition, other developments are also possible than those presented in the current scenarios.

Despite these uncertainties, various assumptions must inevitably be made in energy scenarios, for example on available technologies and their costs and on climate protection ambitions. The calculation models on which the scenarios are based then look for possible ways or the most cost-effective options to achieve the specified climate goals. Naturally, the assumptions can vary and this can have a major impact on the scenario outcomes. It is therefore important to identify the assumptions very transparently and to put them up for discussion together with the scenario results.

The above statements do not mean that no knowledge can be derived from energy scenarios. In view of the considerable uncertainties in the observation period up to 2050, it would make little sense to model a single central “lead scenario” on which politics should orient itself. For this reason, various scenarios are modeled in order to map the range of possible transformation paths and their respective advantages and disadvantages based on the current state of knowledge.

Importance of scenarios in energy strategy

In this way, the most robust recommendations for action for the further transformation process of the energy system should be derived. By comparing different scenarios, developments can be identified that are largely independent of a specific scenario or can be observed in almost all plausible scenarios. From today’s perspective, such robust developments can therefore be classified as sensible measures in any case (so-called “no regret measures”).

Conversely, scenarios can also be used to identify potential “lock-in effects” associated with certain decisions. A “lock-in effect” describes a situation in which, after a decision has been made in favor of a certain transformation path, it is no longer possible to easily switch to an alternative path. In this case, investments may be made that later turn out to be ineffective or increase the costs of the energy transition. Scenarios can also be used to identify bad investments that are incompatible with long-term climate goals and thus avoid them.

Through the appropriate interpretation of scenarios, a strategy for the further design of the energy transition can be developed, which takes into account the interactions between the various sectors and components of the energy system. Such a plan for the design of the future energy system (“system development plan”) could form the basis for further processes for planning and implementing the energy transition. Among other things, there could be greater coordination between the planning processes for the various network infrastructures (electricity, gas and hydrogen networks).

Obtaining options is an important part of strategy

It can also be part of the strategy to consciously keep certain decisions open by creating options. This is particularly useful in areas where there is a high level of uncertainty about future developments and the cost of keeping options open is low. This applies to heavy goods traffic, where the future importance of alternative technologies (battery, fuel cell, catenary trucks) is very uncertain from today’s perspective and the alternative technologies go hand in hand with different requirements for the infrastructure required in each case. By postponing decisions, technological and economic developments as well as new findings can be taken into account.

However, in certain cases, postponing decisions and maintaining options may involve costs that must be weighed against the value of additional options. In other cases, taking into account investment cycles as well as the realization times and lifespans of assets, there may even be time-critical constellations in which decisions must be made on the basis of the knowledge available today in order to be able to achieve the climate goals.

As a result, more informed policy decisions can be made based on energy scenarios. In particular, long-term consequences and unintended side effects of individual decisions can be better assessed. However, the scenarios make no statement as to which decisions are easier to enforce politically or which practical or legal implementation problems could arise.

In all scenarios with ambitious climate targets, there is a strong expansion of wind energy and photovoltaics. This is due to the significantly lower costs of these technologies compared to other options for carbon dioxide-free electricity production. The expansion of wind energy in particular is central to the energy transition in the models. However, the amount of sunshine a place receives affects both the integration into the electricity distribution network and the generation profile over time. The PR-Electricity generation is concentrated not only during the day at noon, but also seasonally in the summer. In winter (outside of most tropical areas), however, the contribution of photovoltaics to electricity generation is low. This seasonal problem cannot be overcome even with battery storage.

In times of low electricity generation from wind energy and PV systems, electricity can be imported from neighboring countries (such as the EU’s European Grid). In addition, hydrogen power plants are required to a large extent in order to ensure the security of supply even in such times.

Energy efficiency and the direct use of electricity limit energy requirements

In addition to the expansion of renewable energy sources, energy efficiency is the second pillar of the energy transition. The role of energy efficiency changes over time. While today it is primarily used to avoid carbon dioxide emissions by saving on fossil fuels, efficient energy use will limit the need for generation capacities and network infrastructure for energy transport in the future. This is important because the areas available for renewable energies might be limited and things like wind turbines and power lines are often associated with acceptance problems.

In the long-term scenarios, the central starting points for energy efficiency are energy-related building refurbishment and greater energy and material efficiency in the industry. In addition, energy consumption is falling as a result of technological changes – especially when electricity is used directly as part of sector coupling. For example, battery electric vehicles use energy much more efficiently than vehicles with internal combustion engines. The electricity requirement of an electric car is only a quarter to a fifth compared to the energy requirement of a vehicle that uses synthetic fuels. Heat pumps use ambient heat and reduce energy requirement compared to alternative technologies.

Despite the increasing importance of electromobility and heat pumps, material energy sources remain important in the long-term scenarios. There are areas in which the direct use of electricity is not possible, air and sea transport for example. There is also a high demand for hydrogen and carbon in industry. In the conversion sector, hydrogen will be needed especially in times of low renewable power generation.

At the same time, the sustainable usable biomass potential is limited. In this respect, even in a scenario that relies heavily on energy efficiency and the direct use of electricity, hydrogen or synthetic hydrocarbons (power-to-gas/power-to-liquid) are required to a large extent. The development and large-scale application of hydrogen technologies, which are necessary for the decarbonization of the energy system and also offer considerable industrial policy opportunities, need to be promoted more.

There is also a great need for expansion in the long-term for the electricity transmission grids and power system solutions. An efficient power grid can compensate for large-scale weather-related fluctuations in power generation from renewable energies. There is also a great need to expand the power distribution grids in order to integrate wind energy and PV systems as well as new power consumers such as electromobility and heat pumps.

How to File a Claim on a Home Warranty Plan

Conveyor Belts 101: What Are Their Types And Advantages?

5 Reasons Proving You Must Wake Up Early