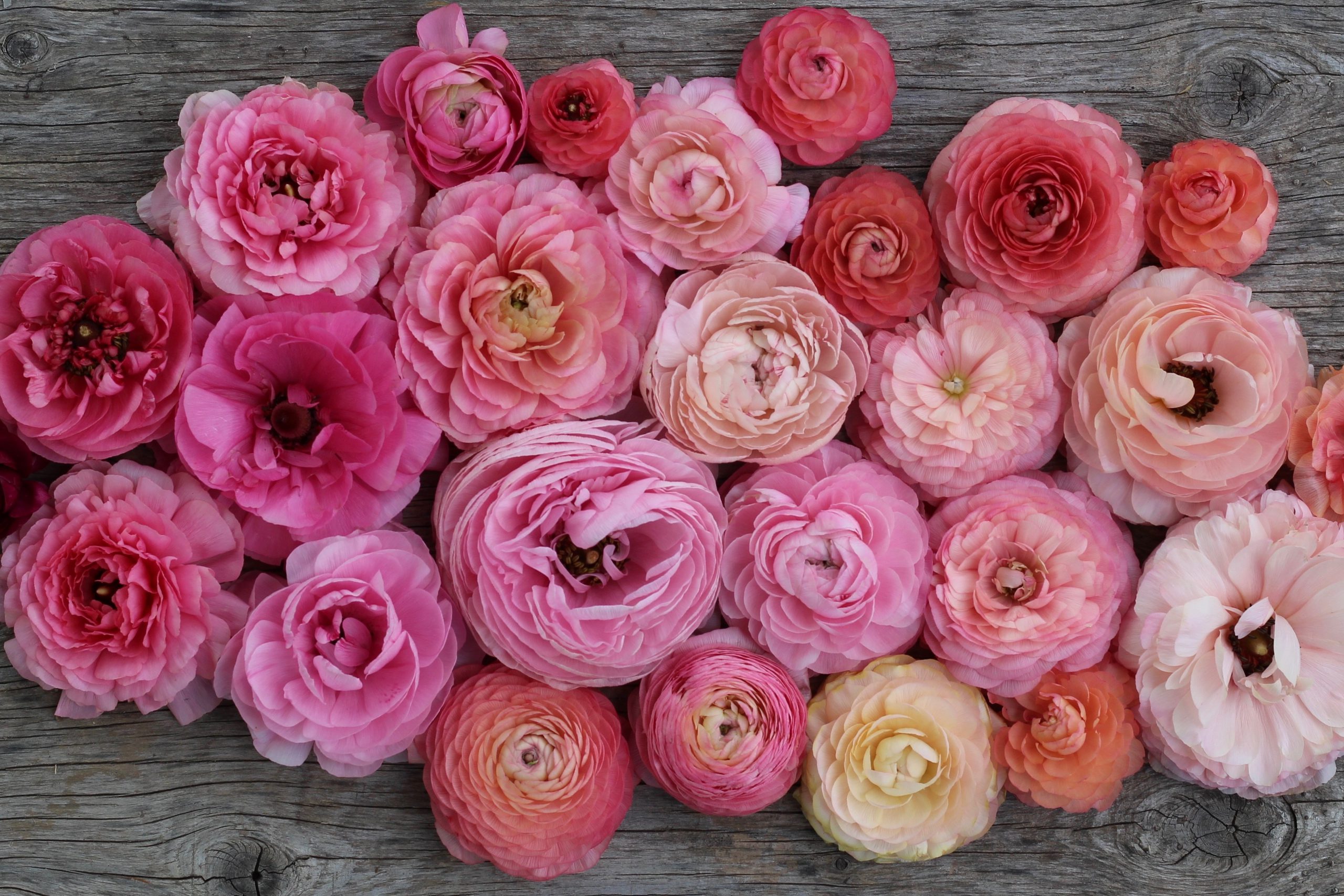 Tulip flowers are beautiful flowers that belong to the Liliaceae family and has 109 species. Tulips are available in a wide range of colours like pink, purple, orange, white, black, red and the list goes on. A flower blogger from Lamour et fleurs says that After roses, these beautiful flowers are the second most popular flower in the world, however, the average lifespan of the flower is around 3-7 days. Almost all species of the tulip can reach up to 2.7 to 4 inches in height and colour of the flowers depends on the variety.

Believed to be originated in the Netherlands, Tulips are very common in the mountains. They are mostly grown and exported from Holland. Even though it was the Ottoman Empire which commercialized the flower, historians say the name of the flower comes from the Turkish language where it is designated as the national flower of the country. In Turkish, it means “turbin” and the flower looks similar to unique-looking Turkish hat. The tulips species has 2 and 6 leaves, however, some have even 12 leaves. The leaves are strap-shaped and covered with wax and are spirally arranged on the stem. The plant is developed from the bulbs located 4 to 8 inches under the ground. The average lifespan of the plant species is 3 to 7 days.

During the spring season, all the European woods are densely covered with these beautiful flowers.

Believed that a 19th-century poet named the flower, they represented regret and solitude. Additionally known by names such as Common Bluebells, English Bluebells, British Bluebells, wood bells, fairy flowers and wild hyacinth and it has been voted as the favorite wildflower of England back in 2015, however, Scottish, Welsh, and Northern Irish voters preferred the pale yellow primrose. The flowering plant grows well in old, dense woodland because the thick foliage limits the growth of other competing flora.

The British Bluebell in the UK is protected by law under the Wildlife and Countryside Act 1981. It will be a criminal offense if you uproot the plant in the wild where it grows naturally. Even trade of the common bluebell bulbs or seeds will be fined up to £5000 per bulb. The English Bluebell’s sap is sticky and it is a natural glue for flight feathers to arrows fired by medieval archers and hence it was an important ingredient for winning medieval wars.

Also known as mums or chrysanths, one of the beautiful flowers that belong to the family Asteraceae and of the genus Chrysanthemum. It is also considered as one of the most popular flowers in the world after Rose. The genus word Chrysanthemum. is derived from the Greek word chrysos which means Gold and anthemion that means flower. The tropical flowers are native to Asia and northeastern Europe. The flower is available in a variety of shapes and sizes but the flower differs between species.

During ancient times it is known as xiphium which comes from the Greek word xiphos that means sword. It is considered as the birth flower for August and it represented the Roman Gladiators before the African Gladioli became popular in the West. One of the beautiful flowers in the world has poisonous parts if ingested and handling the flower may cause skin irritation or allergic reactions. During the 18th century, large quantities of African Gladioli were being imported to Europe from South Africa.

Zantedeschia aethiopica also known as Calla Lily and Arum Lily is a species of ‘Araceae’ family and found to be natives of Southern parts of Africa especially Lesotho, Mozambique, South Africa, Swaziland and now spread almost in all parts of the world. You can plant Zantedeschia anywhere in your gardens or your patio pots and containers, ground coverings etc. Mainly cultivated as ornamental flowers, these trumpet-shaped bright gaudy flowers with their assorted colors make them a very good cut flower bunch and a combination flower choice in bouquets. Calla lily in pure white is derived from Zaethiopica, while colors like pink, red, violet, orange, yellow come from other hybrid cultivars. The White calla lilies stand for purity, faith, and gratitude. They also vary according to the colors like purple calla lily for royalty and admiration and red calla lily for courage and beauty and pink calla lily for romance and affection.

In a Dark Red to Maroon-Dark Brown color with an arrangement of six to ten ray florets with a center disk, the Chocolate Cosmos otherwise known as ‘Cosmos atrosanguineus’ are exotic floral fascination and beauty at first sight. Hailing from Mexico, The flower tends to have a plush vanillin fragrance like many chocolates and when the day comes down to dusk, chocolate cosmos are at their blooming best and their scent of chocolate becomes more noticeable. Chocolate Cosmos needs no precise reason to be a part of the prettiest flower in the world . It’s one of the best smelling flowers too. The dark exotic velvety flower itself is a crown to them.

Jade Vibe is also one of the rarest and beautiful flowers in the world and found exclusively in the Philippines. The flowers have a colour that varies between mint green & blue-green. It can grow up to 3 meters in height and have beautiful petals around the flower. The beautiful flowers are most commonly used as a decorative climbing plant due to their beautiful colour combination. The flower has been listed as vulnerable because of deforestation and decline in its natural pollinators that feed on the flower nectar. The plant can grow up to 18 meters (59 feet), however, large flowers can reach up to 3 metres (10 feet) in length. These are one of those beautiful flowers that mostly bloom during the winter and spring and emit a sweet scent that attracts butterflies, wasps, flies, bees for pollination of this plant. The flower species grows via seed and stem and leaf cuttings. It is named after the jade-like and dark green colour of the leaves. The plant has a long lifespan of 2 years because of its ability to store water in the leaves, stem and root. The African tribes eat the root of the plant and leaves can also be used in the treatment of diarrhoea and epilepsy and for the purification of the body.

The name “Bellis” comes from the Latin word bellus in which means “Pretty“.”Perennis means ”Everlasting”. As the name specifies these cute flowers look so beautiful almost throughout the year. Because it has a very long flowering season. Bellis Perennis belongs to the Asteraceae family, it’s the most common European daisy. To distinguish this plant from other species which also share the common name daisy, Bellis is also known as English Daisy. These most beautiful flowers generally prefer to grow in full sun and partial shade conditions. Bellis Perennis come in different color florets which range from red to purple to pink with a tiny yellow disk at the center. Young leaves of these lovely flowers are used as a domestic remedy for many medicinal applications. It can be eaten raw in food items like salad, soups, and sandwiches.

The water hyacinth is a beautiful flower that floats and is native to tropical South America. This plant grows well in ponds, streams, lakes, and ditches. The aquatic flowers are famous for their thick, glossy, rounded leaves and stunning blue to violet flowers. Water hyacinths typically rise to 1 meter above the water surface. Their leaves grow 4-8 inches across. The stalk of the Water Hyacinth plant is long and spongy. It blooms summer through fall, produces spikes of attractive blue to violet flowers with 6 petals.

One of the most beautiful flowers, the Ranunculus belongs to the family of ‘Ranunculaceae’ and an abode to over 500 species of flowering plants. The most popular ornamental Ranunculus is the Persian Buttercup aka Ranunculus asiaticus. When it comes to the Nursery Trade, two strains of ranunculus are common, namely Bloomingdale and Tecolote. The Bloomingdale ranunculus is known for its compactness while the Tecolote ranunculus is notable for straight stems, assorted colors, long vase life, and bountiful blooms. The lush showy rose-like blossoms of the Persian Buttercup along with their bright colors to pastel shade colors make them a popular choice for the Florists, as Wedding flowers, cut flowers, decorations, home gardens, mixed borders, rock gardens, bouquets, vases, containers. These beautiful flowers stand for charm and attraction.

With over a 25,000 known species, orchids are one of the largest flowering plant family in the world. These beautiful flowers can be spotted nearly everywhere on earth.

There are different types of these beautiful flowers: large and small orchids, short living and long living orchids. The most highlighting features of orchids are their unique shapes and vibrant colors. Each orchid flower comes in different colors, white and in the shades of pink, yellow, red and purple. The stunning colors of orchids also help in attracting pollinators.

Interestingly, some species of orchids exactly look like other figures like animals or plants.
For example, the laughing bumblebee orchid has a strong resemblance to a female bee. This helps the plant in pollination by attracting male bees.

At Washington D.C’s National Cherry Blossom Festival, the cherry blossom flower makes this one of the most spectacular spring festivals in the country. The festival showcases more than 3000 beautiful flowers in full bloom. This festival also commemorates a special day, March 27, 1912 – when Tokyo Mayor, Yukio Ozaki gave Japanese cherry trees to the U.S to strengthen the friendship between the countries.
The most popular one is the Japanese cherry trees. In Japan, cherry blossoms are called ‘sakura’. Cherry blossoms symbolize the arrival of Spring, the season of flowers. The beautiful pink and white blossoms open at the end of March or beginning of April. The blooming period can last for 14 days.
Cherry blossoms have a great significance in Japanese culture. For them, the blooming of cherry blossoms represents a new beginning and beauty of life.

Rarest Blue Flowers In The World

Yellow Flowers: Rarest In The World

Timekeepers: A Brief History of Chronographs