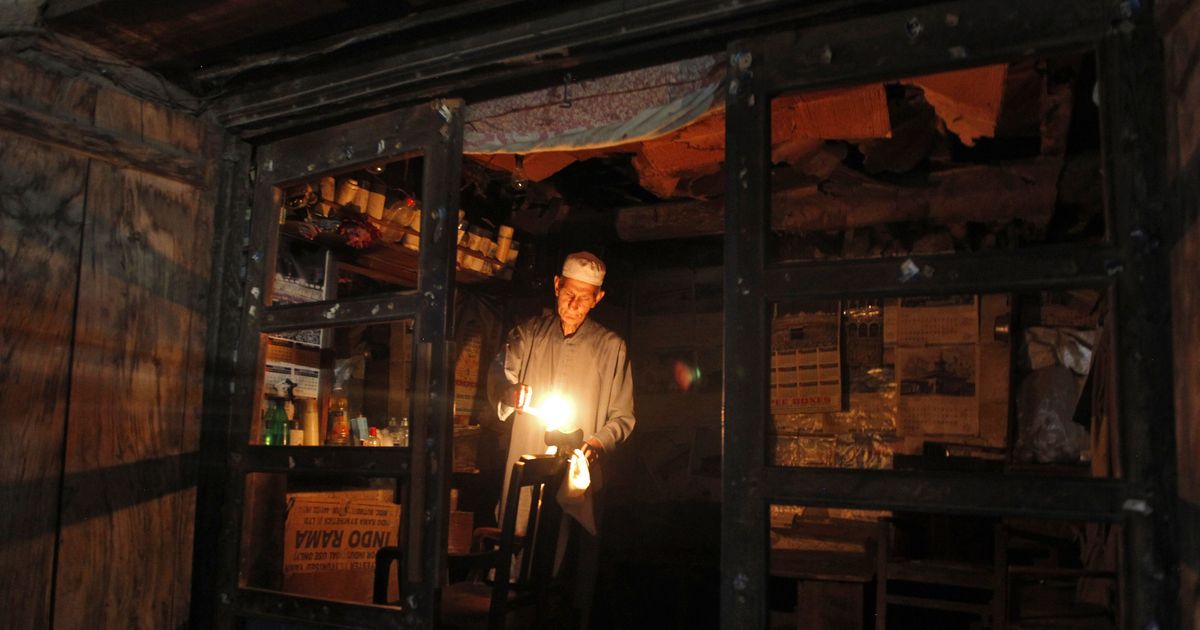 Srinagar: – Kashmir is a beautiful place which is called paradise in the world. Despite, Having some of the best and the perennial rivers of the world, the valley does not receive enough electricity to meet the needs of people. Since electricity is the basic need of life in to-days world. Kashmir with its ample availability of water resources can become one of the largest electricity producers in the world. Electricity in Kashmir is not sufficient to meet the needs of people. Generation of electricity had a long history in Jammu and Kashmir.
The first power project in Jammu And Kashmir State was developed as early as in1905. Its name was Mohra Hydroelectric plant. The estimated Hydel potential in Jammu and Kashmir is more than 2,648.46 MW, of which 17,323200 MW have already been identified. In order to harness this potential in a sustained manner, Government of Jammu and Kashmir established Jammu and Kashmir State Power Development Department Corporation Limited (JKPDCL) which has been incorporated as a Private Limited Company on 16.02.1995.
Electricity has been and is a necessity of life. Life seems incomplete without electricity. No work can be done without electricity our mobile phones, heaters, electric blankets etc use electricity for their working. This means every sector of state needs electricity to work efficiently. First of all, electricity was owned by private companies. The government had no role part in the electric sector. The state of Jammu and Kashmir is largely dependent on the power generated from hydropower projects and thermal power plants besides supplements from DG set. Power generation from the state-owned powerhouses is only 2,562.723 million units. A bulk of electricity consumption in the state is by the domestic sector. With modernization and increased urbanization, per capita, energy consumption of the state has increased from 849.98 kWh in 2010-11 to 882.82 kWh in 2011-12. The energy demand has gradually increased during the last five years at an annual rate of 5 to 8 %. According to the Sixteenth All India Power Survey, the power requirement of the state is expected to reach 19,500 million units during 2020-21. The rivers which flow through the state of J&K are perennial. Though the water level can decrease with the onset of winter but cannot decrease in such a way that there should be no electricity for the state.

The primary source of energy in rural areas in Jammu and Kashmir is firewood and cow-dung cakes followed by LPG. The total number of villages in J&K state is since as per 2011 census are 6337, of which only 107 villages are Un-electrified. Almost 98.39 % 0f villages are electrified in Jammu and Kashmir but providing electricity with a cheaper rate is difficult. From the data obtained from the website of PDD, the current rate for electricity for Domestic Metered areas is 50 Rupees per Kilowatt hour. The price for non-domestic or commercial metered areas is 62 rupees per kilowatt hour. Since there is a different charge for using electricity for different purposes. The usage also differs from one sector to another. The loss of electricity in the state of Jammu and Kashmir also makes the possibility of providing 24/7 electricity for people impossible. The major drawback about the loss is due to using of wires what are unable to carry their load. Due to this fact, a lot of electricity goes to waste.
Another factor which contributes to the shortage of power in the state is lack of maintenance of power supply in state. Currently, there are 22 Hydel power projects in the State, most of the projects are under National Hydro Power Corporation (NHPC) it shares only 13% electricity with J&K state. Rest of the electricity is given to other states of India about 87% of power.  At present Total Generation of electricity in Jammu and Kashmir State is 3,210 MW of Hydro Power. The state-owned 21 power projects have the capacity of 1121 MW power, while the seven power projects which are under NHPC have a capacity of above 2000 MW power.

Winter season increase the demand of electricity because most of the equipments which people use to keep themselves warm during winter are used in winter like blowers, boilers to make the water hot, electric blankets are in use in winter. In the current scenario, the demand in this winter season had increased more due to severe winter. The mercury in winter goes down to even minus 20 in mountainous areas of Kashmir.
Though there is not much shortage of power in the urban areas of the Kashmir, the rural areas of J&K state are severely affected due to lack of electricity.
The poles and the wires carrying electricity to our homes have not been revived for several years. Due to this wear and tear by winter season when snow falls all the electricity in the valley is off. When a single raindrop falls or there is a single blow of wind all valley becomes the darkened.
Protests against PDD with starting of winter
As the winter is about to start in Jammu and Kashmir. The Kashmir valley is experiencing highest cold temperatures these days. At the start of this month a destructive snowfall had destroyed the important transmission lines in Kashmir. Due to this destruction, many in many rural villages the electricity is yet to restore. Most of the hilly and rural areas of valley remain cut off from their respective district headquarters due to which they face the difficulty of electricity.
Another aspect of the very bad effect of shutdown of electricity is on the education system of Kashmir. Since the end semester exams are mostly held in the starting of winter in months of November and December. The students find it difficult to prepare for these examinations. They have to prepare for these exams without electricity. Also, snowfall makes their study more difficult, because as the snowfall begins lights are off in the valley. They find it difficult to reach on time in exams and back home.
The government should take immediate measures to make the infrastructure of electric poles, wires, transformers and all other equipments which are used in the electricity should be renewed. The first effect would be that the theft of electric power would be decreased in the valley. The loss of electricity which occurs due to old wires would be also decreased.