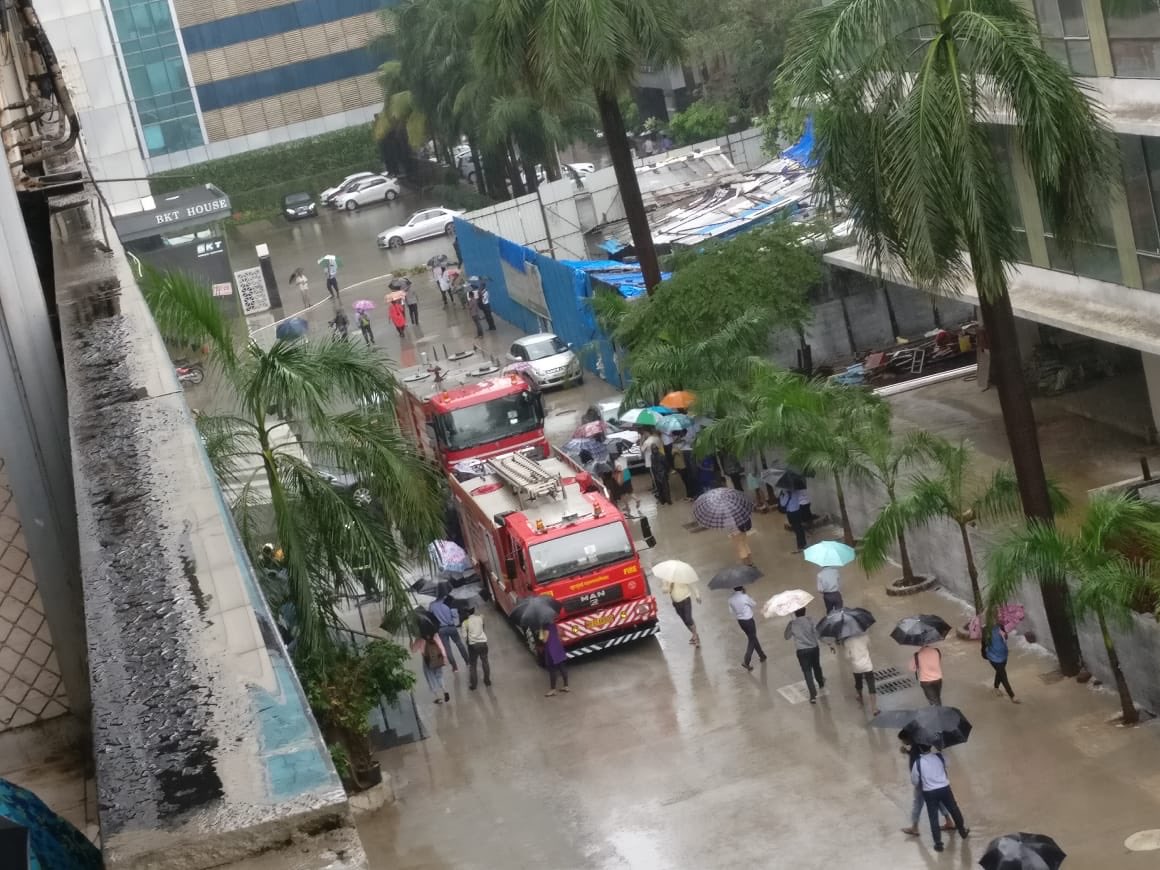 Due to path way of Road over bridge fallen down at south end of Andheri stn towards vile parle, no trains are running between Goregaon-Bandra section of WRly. Some mail express trains have been cancelled & rescheduled, therefore special arrangements for refund are made at various stations. However, as a special case, Western Railways commuters are permitted to travel on alternative routes of CRly.
HelpLine numbers r as under :-
Andheri –
022676 30054
Churchgate –
02267622540
02222082809
Borivali–
02267634053
02228051580
Mumbai Central-
02267644257
Surat –
02602401791
Some internal short circuit in #KamalaMills World Trade Building, B wing. 2 Fire brigade vehicles are deployed to control any possible issue.