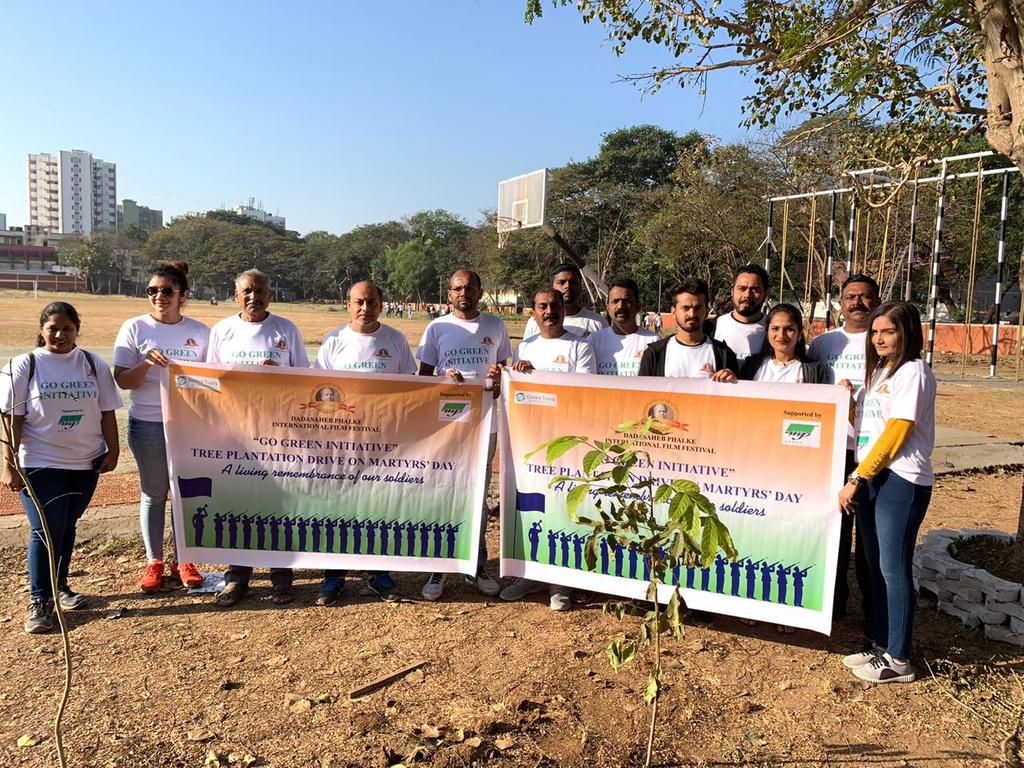 On January 30 Colaba witnessed a host of dignitaries come forth for a tree plantation drive. It was conducted as part of the CSR activity ‘Go Green’ initiative brought about by the team of Dadasaheb Phalke International Film Festival Awards in collaboration with MP Group.

Interestingly, the event witnessed the presence of Col. Rajneesh Gaur and Major. R K Banerjit (Head of Punjab Battalion) as chief guests. Each year, the team of DPIFF comes up with an activity through which they spread awareness about environmental consciousness and do their bit to give back to nature.

The drive was one amongst many activities that come under the initiative. Besides, the initiative never fails to leave its mark and has received constant acknowledgement and appreciation from PM Narendra Modi and HM Amit Shah.

“We are proud to be associated with Dadasaheb Phalke International Film Festival for their social initiative ‘Go Green’. It’s a wonderful platform to contribute to the noble cause to make Mumbai clean and green. The tree plantation drive at Colaba’s Army Cantonment was just a beginning. Come, join hands with us for the ‘Juhu Beach cleaning drive’ on February 9,” group’s MD Abhishek Pathak said.

Says Col. Rajneesh Gaur, “I always tell people that while you are doing the plantation just imagine that it’s almost like a baby coming out of the womb of a mother because you’re taking it out of the polythene and giving it to mother mature. Every sapling that is planted is going to give the amount of oxygen back to the environment, so it’s a very noble cause.” The event was partnered by NGO ‘Green Yatra’.

Team DPIFF continues to create a positive impact while honouring the talent of Indian film industry as it carries forward the golden legacy of father of Indian Cinema (Late.) Dadasaheb Phalke.

Read about the Youngest writer from Kashmir