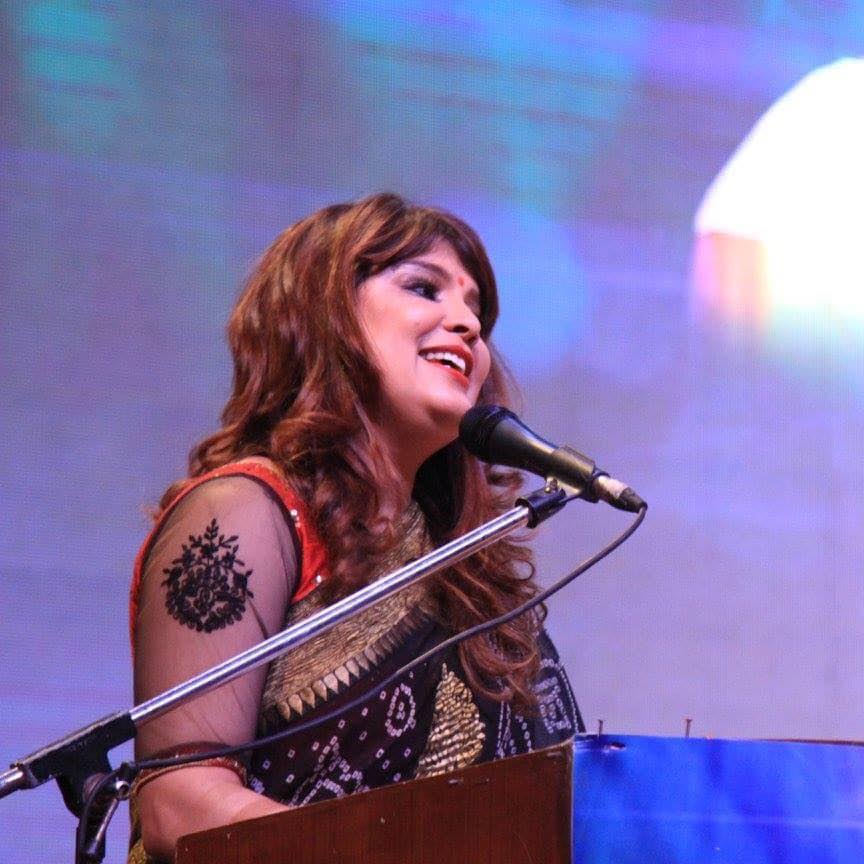 With women empowerment taking the center stage in the sociopolitical discourse in the past few months, events that address the issue are becoming increasingly relevant.

Author, entrepreneur and social activist Smita GLK Parikh is doing more than her fair share to bring together women of achievement to share views and ideas and to serve as an inspiration. As the organizer of the recently held ‘The Global Women Achievers Award 2019, she was instrumental in providing a stage to felicitate distinguished women and to celebrate their success.

Here is a recent conversation with Smita where she talks about the awards, her source of inspiration, her thoughts on feminism and a lot more..

Tell us about The Global Women Achievers Award (GWAA).

The Global Women Achievers Awards is a powerful platform to recognise and acknowledge the outstanding body of work done by various distinguished women from different walks of life. It’s a stage to not only facilitate them and thank them for inspiring many other women but also encourage many such women who are starting the outstanding journey of their lives.

What’s the primary motive behind starting this?

The primary motive is to bring the empowered women together so that their accumulated strength, their vast horizons can be visualised in various fields.

So, from where do you draw inspiration?

I strongly believe that we just need to look around us, for example as simple as normal people around us like women traveling in local-trains, getting ready for the work, finishing their office work as well as domestic chores in trains. It’s so inspiring the way they match their steps with Mumbai’s fast life and never crib. They are always filled with great energy and a lot of positivity.

How has it evolved over the years now?

Well I feel the GWAA has really gone to another level this year (2019) by having Smt. Alamelu Mani (Classical Music), Saina Nehwal (Sports), Amla Ruia (Social Work), Preetika Rao (Television), Deepika Singh Rajawat (Law and Justice) and many such empowered women who have proved that women see no barriers no matter what the field is and whatever the struggle is. They are just focused to achieve the results with their full dedicated attitudes.

Who are on the jury of GWAA and how was a consensus made on the awardees?

There’s a team of experts from the country who conduct a lot of research in nominating and deciding the final awardees.

What factors do you keep in mind before choosing a woman to be felicitated?

It’s that her journey should be inspirational, and that her contribution or role has already impacted the society positively and made a huge difference.

Who do you think is doing notable work in the field of women empowerment?-

All awardees have made a significant social impact. To name a few I would say Saina Nehwal, Smt. Alamelu Mani, Gauri Sawant, Deepika Singh Rajawat, Monika Kalia, Kiran Soni Gupta, Anjali Mukherjee, Guneet Monga and then there are many more. I feel each one of them is an epitome of women empowerment.

What do you feel about feminism in today’s times?

To be brutally honest, I would say that feminism has really gone wrong in today’s time, and I think the entire drive about feminism has made it lose its purpose somewhere. Women are well aware of the laws and rules, but instead of using them for their empowerment many are using it for their personal benefit. #MeToo was one of the biggest examples of failure of women empowerment.

To be able to have the presence of these most powerful women from across the globe, present to accept their awards was certainly a huge success for me. Along with the GWAA, the Global chapter of LitOFest Mumbai happened in London last year at the British Parliament was a dream come true. Besides, I am hoping to see LitOFest Mumbai more often in various parts of the world.

Well next is our own India’s premium literature musical & culture festival LitOFest Mumbai 2019 happening on 10-11 August in Bombay. It will witness some of the most inspirational and famous speakers and performers along with the upcoming talent of the country.

IMPORTANCE OF SAVAN MONTH IN INDIA