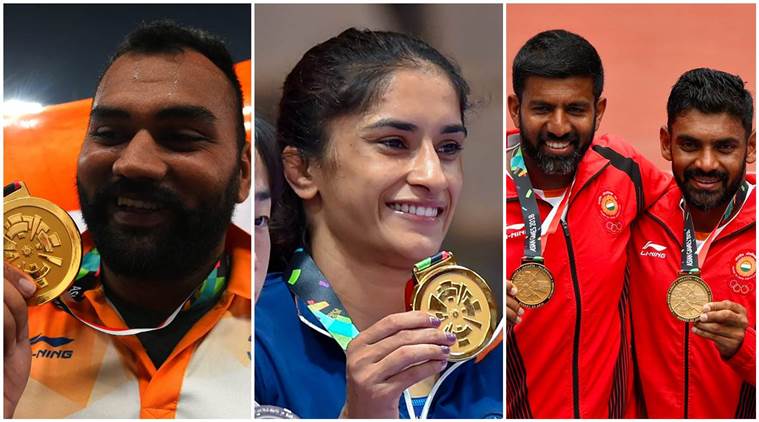 Indians are celebrating the glorious victory of India’s star rising performers in Asian games held in Palembang and Jakarta in Indonesia with 69 medals that include 15 gold, 24 silver and 30 bronze medals recorded as the best ever performances in the history of Asian games by India. Analysis can be done by taking in account the last performance in Asian Games held in 2010 in Guangzhou, China, where India had 14 gold, 17 silver, and 34 bronze.

Following with the increase in the number of medals, Indian players have set numerous records this time that involves

Our players also have made national records in different sports under the vicinity of Asian Games:

While there were few unexpected performances and medals, Track and field events have made most out of it as always. At this time we have 7 gold out of 15 from athletic making it the best performance in Asian game’s history by India.
The names of the top performers in Field and track events are Neeraj Chopra, Arpinder Singh, Hima Das, Tajinderpal Singh Toor, Dutee Chand, Swapna Barman, and Jinson Johnson.

The star performers in various other sports are –

Despite the beautiful charms and success, we have made in various sports, there are various disappointments as well, where both the women and men team failed to get any gold even after holding the top title since it is introduced to Asian Games. There are many other games such as Hockey, where both men and women team were settled at bronze and silver, Indian men’s squash team.
However, the marvelous performance by our players in Asian games has cleared the world that India is going to give a very tough competition to the world as we have very good prospects for Tokyo 2020.