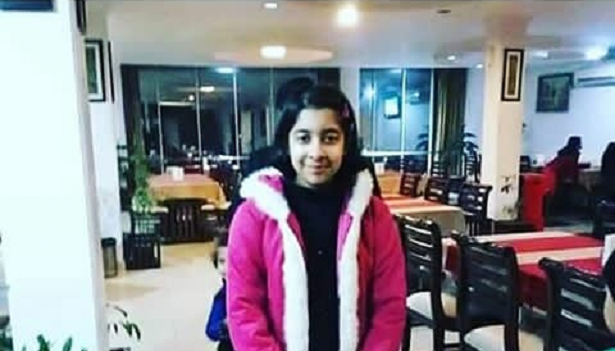 Srinagar, 10 August 2018: Rubayata Umeed a girl from Mulgam, Tangmarg village of the district Baramulla, had become a writer at just at the age of 14. An innocent face with a beautiful smile on his face. She is a nature lover, she writes poems. She praises natural beauty in his writing.she is a very peace-loving and calm child. She concerns about the environment issue like pollution global warming, greenhouse effects. 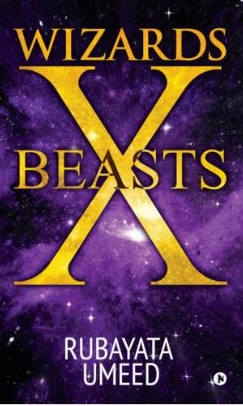 About the book
Rubayata published her first book “Wizards X Beasts” on 30 July 2018. The book is a tale of two empires wizards and beats who initially were very peaceful and calm people. They live peacefully with each other. But the peace between the two empires did not remain permanent. The war between the two empires started when Rouse de’ Antonuo become king of beasts. He waged war against the Wizards. The two empires become worst enemies in this universe. The war continued when his son, Kannie De’ Antonuo made the same kind of actions against the Wizards this made the wizards angrier. The gap between the wizards becomes more widened. In a war against the Wizards Kannie died, he had a daughter  Amnesty who becomes Queen of the beasts, was beautiful. She continues the same trend as what his father and grandfather had done. But later she got married to Prince of Wizard land, Taigo Sugimonto.


In return, the witch takes the beauty of the queen and left her ugly. Soon, after some months the queen gives birth to a son. Due to his anger over the state of being ugly. The queen gives an order to his commander to kill her son because he will be also ugly, which she hates. The commander took her son and left him without killing. A year later, The queen gives birth to a girl who was as beautiful as the queen herself in her youth. As the Akimi grew older the queen was worried. Akimi could not become queen, because she had lost her eyesight at the age of five.
Now the queen needed someone who will take care of the kingdom after her death. So he made a deal with the commander that he will gave his son to her in return she will give him all the love of a mother. In a battle with Wizards, the commander died and his son becomes the prince of beasts. The Akimi become his sister. The war continued and there was no person who could tie the two empires together.

Rubeyata book The “ Wizards X Beasts” has been published by Notion press. Notion press is a self-publishing company based in Channai, India.
Her book was published is available on notion press at a small price of Rupee 150. Her favourite country is Japan. In her first book the whole ascent, the character is of Japan origin their names are of Japan.it seems that the whole story is written in Japan. She is impressed and fascinated by the lifestyle and technology of Japan. She dreams to see India secure country like Japan. She dreams to see children move freely in the country and go to school without any fear and without their parents.
Apart from stories, she is also interested in Physics and Mathamatics. she loves to solve  Physics and Mathematics problems.
She is the first youngest writer from Kashmir,who had created a history by writing a book at the small age of 14.
previous post

Basic Self Defense Techniques: A MUST READ FOR ALL WOMEN

Will appreciate that your write-up are devoid of grammatical mistakes and errors. It reflects on the topic or person you are promoting.