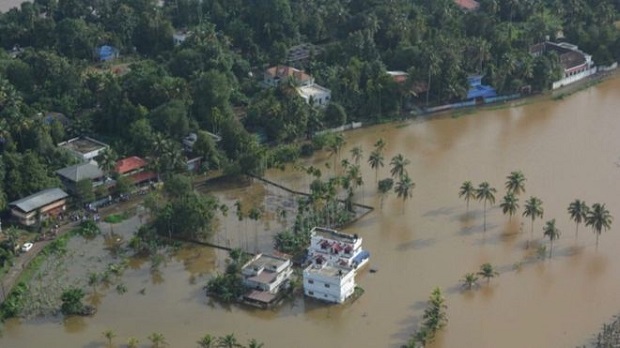 In the recent news update, the sad news came out stating the death of 73 people in the flood that struck Kerala, India due to heavy rainfall. Not only this, the state is in a state of panic. Due to heavy rainfall, airports have shut down and more than 85,000 people are being displaced.
According to the report, most of the deaths were due to the landslides. India’s busiest international airport, The Cochin International Airport has been shut down until 18th August 2018.

Kerala in a state of Panic | Red Alert declared in Kerala

The news report has come straight from Kerala that the state has been flooded due to heavy rain. India’s meteorological department has issued “red alert” in the state that has caused huge panic among the residents. Rescue operations have reached there ad the federal government has also sent additional forces to the state to help and assist the locals.
In Chief Minister Pinarayi words – “We’re witnessing something that has never happened before in the history of Kerala”. In his statement to press, he also mentioned how almost all the dams are now opened and most of the water treatment plants are submerged causing severe damage to the motors. The story does not end here, he also mentioned that the neighboring state of Tamil Nadu is not supporting them, and them not agreeing to open the dams is worsening the situation.
Yesterday the number of faculties in this disaster was reported to be 25 and today it is 73 and still counting. As per the latest updates, Prime Minister Narendra Modi and Home Minister have offered complete federal support to the state.
All the schools in the 14 districts of Kerala have been shut down and some of the districts are even restricted to visit for tourists for their safety.
The flood caused due to heavy rainfall in Kerala has struck down 73 people as per the report.