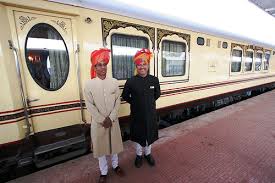 Summoning Mahatma Gandhi, Prime Minister Modi had raised a voice in favor of clean India campaign in 2014, that started from cleaning the banks of river Ganga in Varanasi. After four years, Varanasi railway station was featured among one of the clean railway stations in India, according to audit made by Cleanliness Council of India.
Among all, Jodhpur bagged first position according to latest audit. Railway Minister Piyush Goyal acclaimed, “Railways has been prioritizing cleanliness, punctuality and catering services for the passengers,” while announcing to raise a tribute to Gandhi on 2nd October.

The effect of Cleanliness campaign was seen among various railway stations. In the year 2017, Varanasi stood 14th among 75 big stations in India (A-1 Category), but have slipped to 69 in its latest assessment. Not only Varanasi showed a downfall in cleanliness category, but also Vishakhapatnam that slipped to 10th position.
Other high-profile stations suffered a colossal fall in cleanliness ranking and the custom they follow to manage station cleanliness. This also indicates their downfall in managing trend as compared to those years when they were years ago.
Jaipur bagged the second position while Tirupati was in third position even though it wasn’t on the top list last year. Tirupati jumped from 19th position due to heavy footfall of devotes who comes to visit famous Tirumala Tirupati temple of the city.
Ayodhya had fallen to the bottom line of cleanliness list among 332 A category stations. Last year it ranked 185 but this year it stood in 328th position. Shahganj ranked 332 and was adjudged as the dirtiest station among 407 audits. Mathura was ranked 75th in A category list and manged to remain among top clean railway station of the country.
Total evaluation of 407 stations were done that signifies busiest public places in India and are controlled by Railways. Apart from A category stations, other stations in the list makes around 80 percent of revenue for Railway stations.
Iconic station New Delhi, stood in 39th position while Howrah, Kolkata was ranked 56. Mumbai CST got a raise from 44 to 13th while Mumbai Central faced a slip from 27 to 40 this year. Chennai Central also got a raise from 49th to 36th position this year.
According to policy makers, Indian Railway stations showed great improvement this year in terms of cleanliness as compared to previous years. According to the officials, “…as compared to 2017, there is 9 per cent improvement in top 100 stations, 14 per cent in the next 100 stations, 20 per cent in 201-300 stations and 31 per cent in 301-407 stations,”. On an average, the cleanliness percentage went up by 10%.
This audit conducted by Railways not only increased cleanliness standards but also motivated the government across the nation for taking an initiate in a healthy competition while promoting railway stations.
In the promotional event Piyush Goyal said, “The Swachh Bharat Abhiyan launched by the Prime Minister Narendra Modi encouraged the Railway Ministry to prioritize cleanliness in stations across India.” Furthermore, he added, “In last four years, the Swachh Rail Swachh Bharat campaign has witnessed tremendous improvement in terms of cleanliness standards in platforms, trains, toilets, and trains.”

10 Amazing Street Foods In Dubai That Are Must Try!