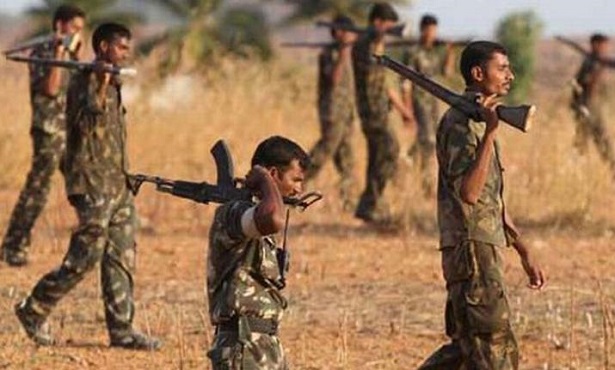 Media has recently reported the arrest of two Maoists from Kulhi in Jharkhand’s Garwah district. As per the report, this happened after the security forces received the tip-off that the group of Maoists was residing at Kulhi jungle. Right after receiving this tip, on Friday night, security forces launched a search operation during which they detected two people who were trying to escape under the cover of the dense forest.

Here is what happened this Saturday in Jharkhand –

No matter how hard they tried, our skilled security forces managed to arrest them both on Saturday. After the arrest, these two persons confessed during their interrogation that they were a member of the Maoist squad.

Two Maoists Fail to Escape from the Security Forces in Jharkhand

This news has been the big news for the state of Jharkhand and clearly depicts the efficiency of our security force. All this happened after the forces were tipped off that there are good chances that the Maoists were hiding in the Garwah district of Jharkhand. Following this tip, the force immediately started the search operation.
As the result of this search operation, two people were detected who were trying to escape taking the advantage of the dense forest “Kulhi Jungle”. Unfortunately for the two guys, the force was well trained for such incidents and they managed to catch both of them on Saturday.
After the arrest, they were questioned and interrogated by the forces and the media said that police found out that these two guys were actually the members of Maoist Squad. Well! Definitely, they are going to jail for a long long time now. Force also said that they are being further questioned on what they were doing there and what were their plans.
This news clearly shows the efficiency of the security forces.

Ronit Sarkar to give playback for 'Helicopter Eela'