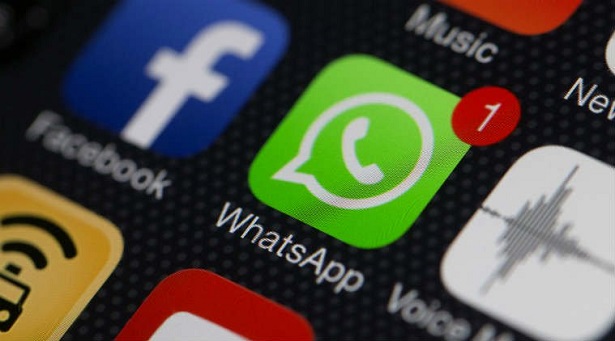 Whatsapp has been haunted by the Indian government for quite some time now for avoiding and controlling the issue of spreading rumors and fake news through their platform. After the crucial brainstorming sessions, Whatsapp has now come up with multiple measures to avoid such a problem.

Whatsapp to limit message forwarding in India to 5 Chats per Day???

Yes! This is true. Whatsapp has announced that after being pressurized by the Indian government to find a way to control the menace of fake news and rumours spreading via their platform, they have come up with a solution. On Friday, this company has launched a test to limit the forwarding in Whatsapp in India. According to this norm, “people will be able to forward up to 5 chats at once and then the quick forward link will be removed from the options”, the company officials said.
It was a few years back when this forwarding feature was introduced in Whatsapp and as history has shown, India is the one country who have been using or we could say misusing this feature the most. Whatsapp has already introduced a forward label in India this month to identify the messages which are not original and have been forwarded on the platform.
Not being satisfied with this scenario, Indian government pushed another letter on the face of Whatsapp asking to be more effective this Thursday. More than 30 people have been killed in 10 different states over the time of one year on account of the false rumours spread over WhatsApp. These numbers have been disappointingly increasing.
On account of these issues, the Facebook-owned chat portal, WhatsApp has been warned by the Ministry of electronics and IT (MEITY) to take immediate action on the matter. In response to this warning, Whatsapp the messaging platform has found a solution to this problem.
Whatsapp officials said and we quote –

“We built WhatsApp as a private messaging app – a simple, secure, and reliable way to communicate with friends and family. And as we’ve added new features, we’ve been careful to try and keep that feeling of intimacy, which people say they love.
A few years back we added a feature to WhatsApp that lets you forward a message to multiple chats at once.
Today, we’re launching a test to limit forwarding that will apply to everyone using WhatsApp. In India – where people forward more messages, photos, and videos than any other country in the world – we’ll also test a lower limit of 5 chats at once and we’ll remove the quick forward button next to media messages.
We believe that these changes – which we’ll continue to evaluate – will help keep WhatsApp the way it was designed to be: a private messaging app.
We are deeply committed to your safety and privacy which is why WhatsApp is end-to-end encrypted, and we’ll continue to improve our app with features like this one.”

What Happens When Someone Dies Due to an Accident?

Bitcoin: What Are the Private Keys of the Bitcoin Wallet? How to Protect Them?