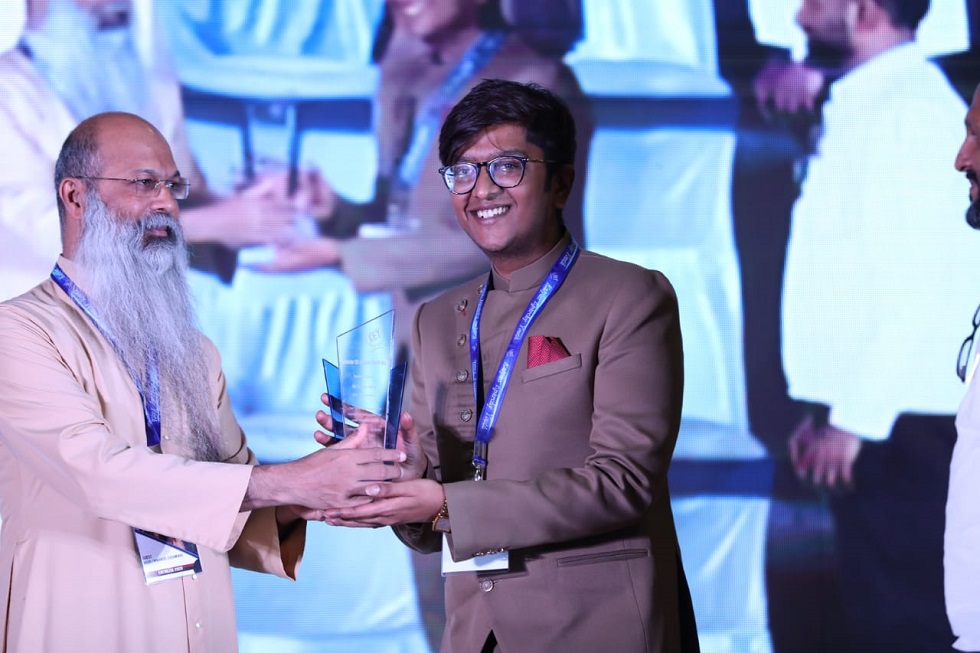 An Entrepreneur, Chef, Writer, Innovator and a TEDx speaker, Harsh Kedia is making records. From becoming the youngest Indian chef to represent the country at Dubai’s biggest Gulf Food festival to now being the youngest speaker at this year’s largest Syrian Catholic event, Harsh is marking history.

In the presence of around 400 youth from the Syrian catholic community, Harsh along with prominent Congress speaker Sanjay Jha spoke at the event. Later they also launched their service website for volunteerism.

About the event, Harsh said, “My today’s talk was a rather different one. The Kalyan Eparchy Youth event invited me as a chief guest where Dr Shashi Tharoor with Congress Spokesperson Sanjay Jha were invited. Due to illness, Dr Tharoor couldn’t make it, however we all missed his presence. I spoke about Volunteerism. As a concept, Volunteerism is something we practise daily (at least some of us do) and reap the benefits in the long run.”

“The use or involvement of volunteer labour, especially in community services, VOLUNTEER, is the keyword here. As an entrepreneur it all started with volunteering to share recipes online for diabetics who couldn’t access recipes. It was the journey of sharing my education with underprivileged children, under bridges, on the street and orphanages. It all starts at home and within. Volunteerism has taught me to be a better team player and a leader,” concluded Kedia.

Chuck Schumer: Net Worth in 2022, Life and Career of the Long Serving US Senator