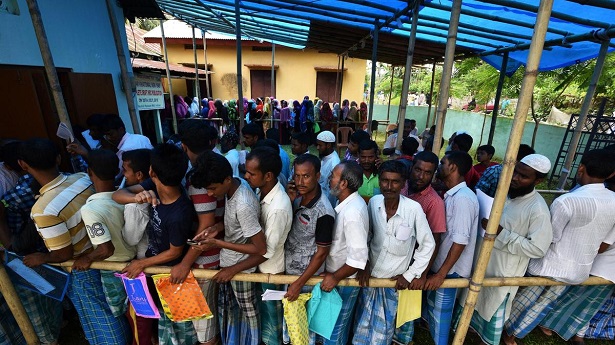 It seems like India is going to deport around 4 million people. Recently around the same people have been shredded off of their citizenship in India’s north-eastern state of Assam. According to what media has been publishing, this whole process was a part of the government’s drive to identify the illegal migrants from neighboring country, Bangladesh.

How did this happen?

It is not that the government was not aware of the illegal migration problem in Assam. It was back in 1951 when the first list of citizens, “National Register of Citizens” was published. This was the time when people in the multiple of millions crossed into India from East Bengal, which became the part of Pakistan.
This action was evidently taken over the fear of an influx of Muslim immigrants changing the state’s Hindu-majority demographics. In 2009, a man named Abhijeet Sharma petitioned the Supreme court appealing that the NRC to be updated. Again in 2014, the court instructed the federal department to do so by 2016. This is when they started verification of documents of all the residents. According to the NRC report, the list contains the name of people who have been able to prove that they arrived in Assam on or before March 1971.
As a mandatory action, everyone in the state was requested to submit their documents to claim their citizenship. Not only this, it was also announced that they have to submit the documents including land and tenancy records, voter IDs as well as passports. For those who were born after 1971 were requested to submit the documents proving their parents or grandparents had settled there before the cut-off date.
As per the latest list prepared by NRC, around 4 million people did not submit their documents. This is being said that soon the names of these 4 million people will be deleted from electoral rolls as they will be marked as illegal immigrants.
It seems that the NRC is not done yet. There has been word around that the government has been very categorical about this. Home Minister has mentioned it clearly to people that those who desire can appeal against their non-inclusion in the list. Also if possible they can provide more documents claiming their citizenship in the country.
So, there is a good chance that the list will soon be updated. Also, people are panicking over this situation. They said that Assam has been struck by a flood a multiple times and many people have lost their documents and belonging to the disaster. We are not yet sure what will be the decision of the government on the matter, but it seems like the government is quite serious about this.