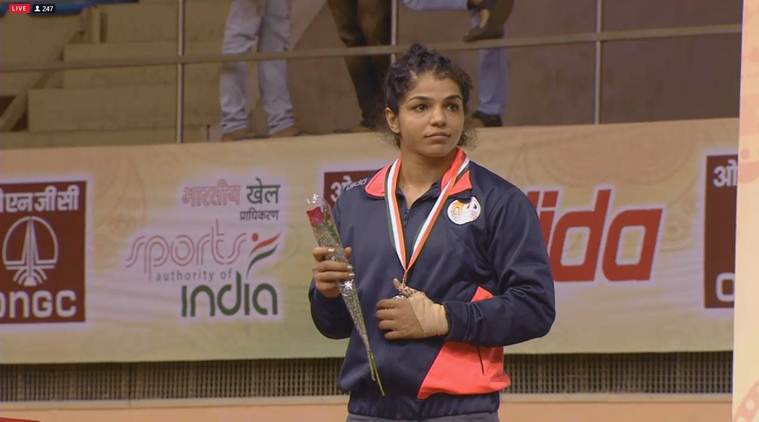 Olympic bronze medallist Sakshi Malik and Commonwealth Games gold winner Vinesh Phogat will lead a six-member Indian women wrestling team at the Asian Games to be held in Indonesia during this year.
Sakshi, who won bronze medals in this year’s Gold Coast Commonwealth Games as well as 2016 Rio Olympics, and Vinesh were exempted from the trials by the Wrestling Federation of India because of their current form and past performances. Sakshi and Vinesh will carry India’s hopes in the 50kg and 62kg freestyle categories even as four other wrestlers went through the trials here today to book their tickets for the Asian Games.
Other women wrestlers who will be representing India at the Asian Games are Pinki (53kg), Pooja Dhanda (57kg), Divya Kakran (68kg) and Kiran (72kg). The Asian Games will be held in Jakarta and Palembang from August 18 to September 2.